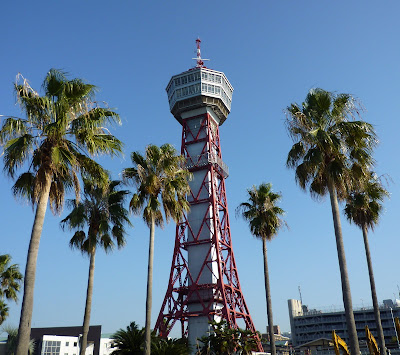 Ena and I went to Hakata Port Tower on the weekend. It is about 100m tall and was built in the 1960s. At one time it was one of Fukuoka's most prominent landmarks, but in recent years - especially since the construction of the much taller and sleeker Fukuoka Tower - it has become somewhat of a minor spot of interest (as reflected in the fact that it took us over a year to even bother going to check it out!)

Its actually quite nice though. Admission is free and you can take an elevator to the observation deck. There are actually two levels, the public can go into the lower deck while the upper deck is used as a control tower for ships in Hakata port. The views from the observation deck (about 70m up) are pretty good: 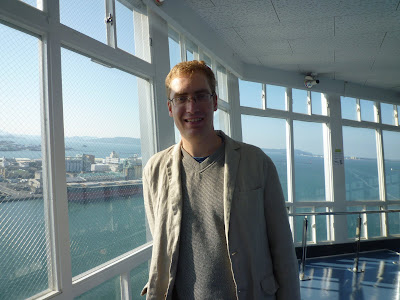 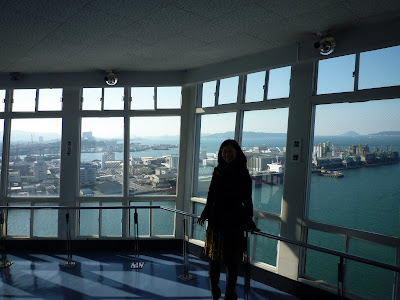 You can watch the ships moving in and out of port, get a panoramic view of the city and you get a pretty decent look at the islands (Nokonoshima, Shikanoshima, Genkai Shima and, on a clear day, Ainoshima).

There is a little park next to the tower which had a little shrine: 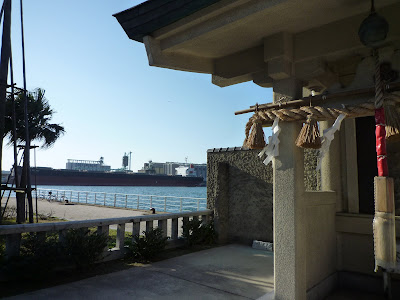 There was a really large bulk carrier (the "Rubin Peony") in port getting loaded up at a warf across from the tower: 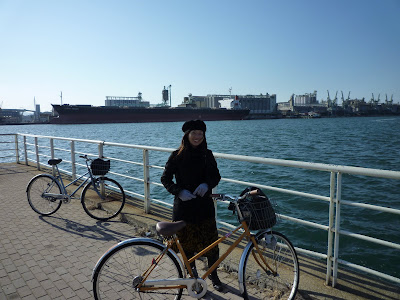 We found this monument and thought it looked fun: 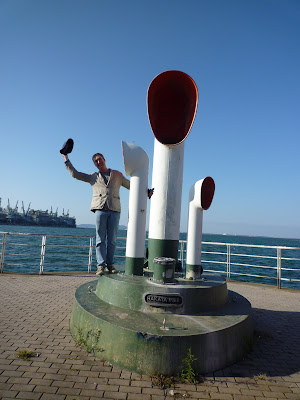 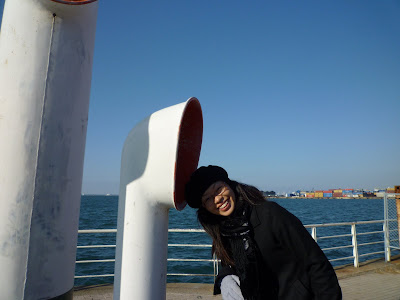 This is Port of Hakata: 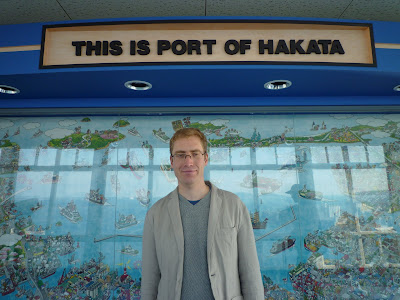 Ena with the tower: 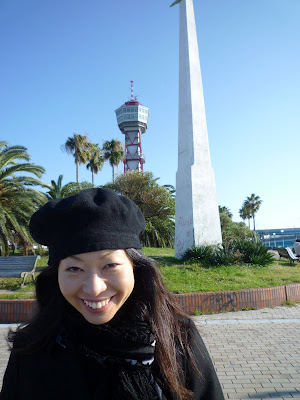