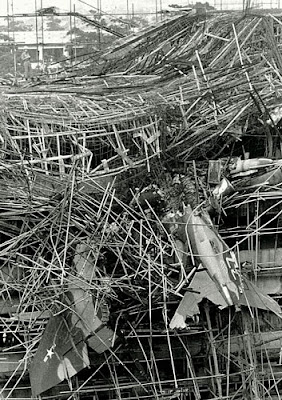 A couple of years ago I had a conversation with Ena`s uncle about Kyushu University. He had been a student here in the 1960s, which I thought was kind of an interesting coincidence.

The fact that Hakozaki campus is located right under the approach to Fukuoka airport at one point made its way into the conversation. Boeing 747s and other aircraft are only a couple hundred metres overhead when they fly above the campus, which makes it quite noisy.

While talking about that he mentioned something that piqued my interest. During his days as a student a plane had actually crashed on campus. A military plane, an F4 Phantom, flew right into a building.

I was interested in learning more about the incident, but ended up forgetting about it until a couple of days ago when I bought this book: 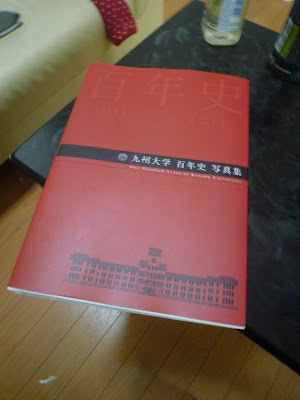 Kyushu University celebrated its 100th anniversary last year and the published this photographic history of the University. I thought it was kind of neat so I bought a copy at the Coop.

The book has a couple of pages devoted to the crash, which it turns out was a pretty big event in the University`s history. It occurred on June 2, 1968 when the Phantom crashed into this building: 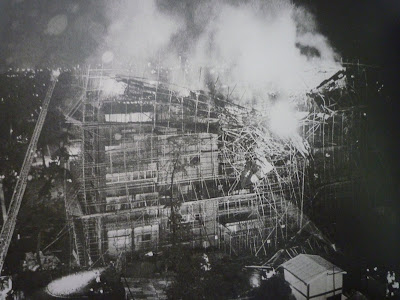 Both of the pilots ejected safely and nobody was in the building at the time so fortunately nobody was hurt in the incident.

I did a bit of further research online about it. There isn`t anything in English, but the Japanese Wikipedia has an article about it here. There is a bit of a Cold War background to the incident. In January of 1968 North Korea seized an American spy ship, the USS Pueblo along with her crew. As part of their response to this incident the US moved a number of its aircraft, including the one that crashed into campus, from Okinawa to Fukuoka (which is much closer to North Korea and the Sea of Japan).

Anyway, after reading all of this I became a bit curious about where exactly on campus this plane had crashed. The building it hit, which was under construction at the time, was called the 九州大学大型計算機センター. This roughly translates as Kyushu University Large Model Computing Device Center Building. I looked at the campus map but couldn`t find anything of that name.

The picture of the building itself wasn`t very helpful either. It just looks like a big ugly concrete box, which is what ninety percent of the buildings on campus look like: 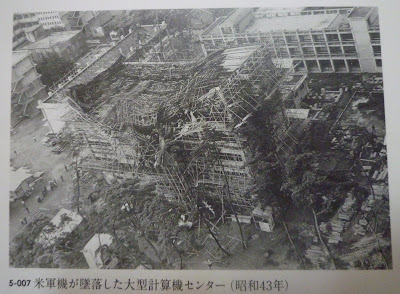 The above picture did at least have some other buildings in the photo to work with though. I decided to bring it with me and zip around campus on my bike during my lunch break yesterday to try to find them. 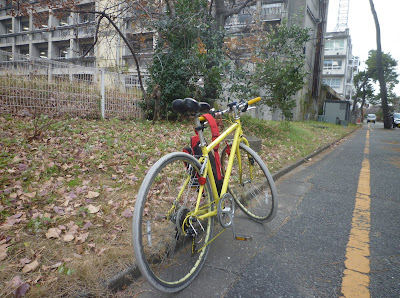 It actually didn`t take me that long. The building in the upper right hand corner of the photo is the architecture building here: 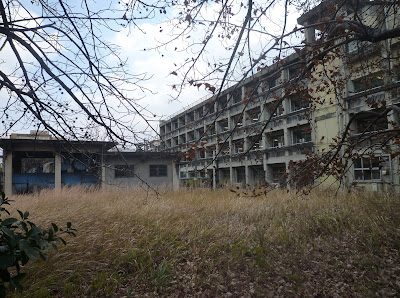 I`ve always found it amusing that the architecture faculty of one of Japan`s top national universities is housed in perhaps the ugliest building ever created by human hands, but that is another story.

Anyway, the building visible just to the left of the crash site is this one here: 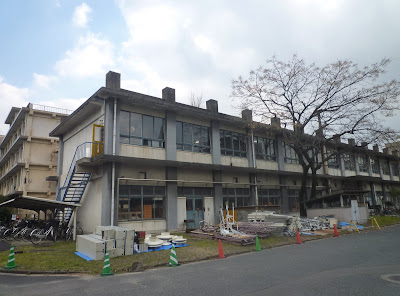 Identifying the two of them allowed me to triangulate the position of the crash site as being this building here: 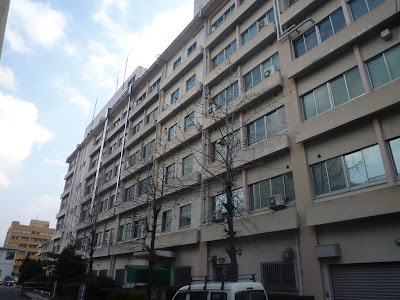 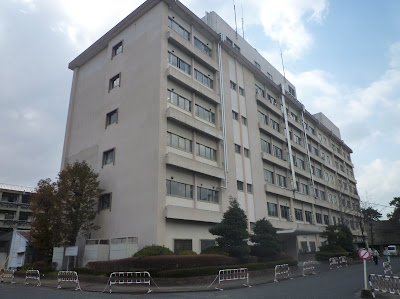 This is the Research Institute for Information Technology. They must have renamed it since the crash. They also seem to have expanded it as it looks bigger than the building under construction in the photo.

Anyway, forty four years ago this building actually had the tail end of an F4 Phantom sticking out of it. I think it looked better with the wreckage still in it, and as it turns out so did a lot of students at the time, albeit for different reasons. For me the charm mainly lay in the fact that you see so few university buildings with F4 tail fins sticking out the side that it would be just kind of a nice thing to have preserved.

For the students back then though it was all political. Thousands of them took to the streets in the days after the incident to protest against all that stuff that used to get the young folks riled up back in the 60s. One of their demands was that the wreckage be left in place. They wanted this to serve as an anti-war symbol. That really doesn`t make much sense seeing as this event didn`t occur in a war and nobody was actually hurt in the incident. It is not exactly the sort of thing that stirs people`s pashions like the monuments in Hiroshima or Nagasaki do. Perhaps the commemorative plaque would have read:

On this spot in 1968 an American warplane`s senseless action led to the loss over 100 hours worth of drywall work, 40 hours of electrical installation work and an unknown quantity of linoleum. Lest we forget.

At any rate, barricades went up and they were able to actually prevent anyone from removing the wreckage for about 6 months. Eventually some workers snuck in at night with a bulldozer and yanked it out when everybody was....doing whatever radical 60s students in Japan did at night.

Anyway, I thought this was rather neat. I love my new Kyushu University picture book, its full of interesting stuff like this. If only I had the time to explore them all.

Just found out a little more information about the crash from, of all places, a website that tracks ejections from jets. The Japanese sources (including my beloved Kyudai picture book) didn`t have any information about who was actually flying the aircraft or what they were doing, so that site was able to fill in a couple of blanks in the story. It seems that the pilots, Major E.E. Johnson and Lt. Col. R.F. Crutchlow, were undergoing night time take off and landing training when the F4 caught fire on approach to Fukuoka airport. They seem to have ejected just seconds before it hit (their parachutes landed just a few metres from the crash site), must have been quite the close call for them.
Posted by Sean at 4:24 PM 19 comments: