Yesterday I accompanied some of my classmates downtown to see the Dontaku festival, which is one of Fukuoka's biggest events. About 2 million people attend the festival, which is held over 2 days, and 32,000 people participate in a large parade down the main streets in the Tenjin area.

These are some of my friends on the sidewalk trying to see the parade: 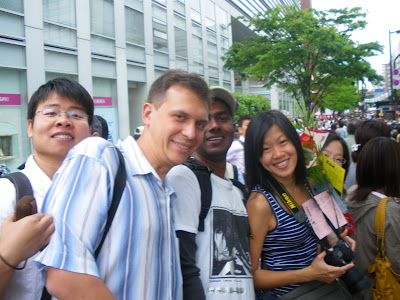 The crowds were pretty thick: 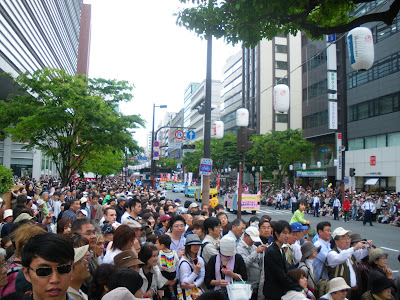 After watching the parade for about an hour or so we headed off to a nearby park where hundreds of yatai (little food stalls) were set up to have lunch: 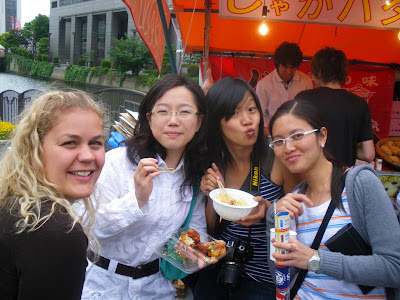 For dessert I got a chocolate covered banana: 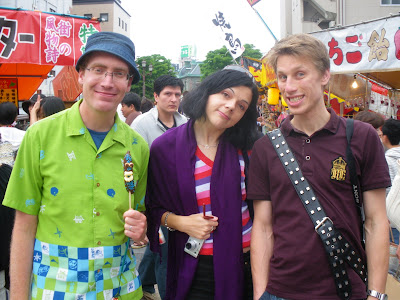 The park is next to Across Fukuoka, one of the city's notable architectural features. Its a theatre building that has a massive terraced garden growing on one side. It looks almost like a natural hill when viewed from that side: 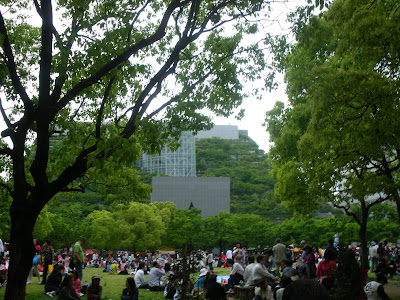 You can walk up to the top of the building through the garden so we decided to go up. It was a lot of stairs but kind of fun. We got some good views of the festival below from the top: 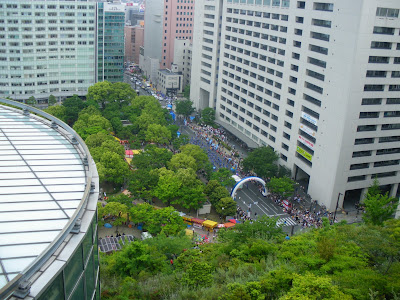 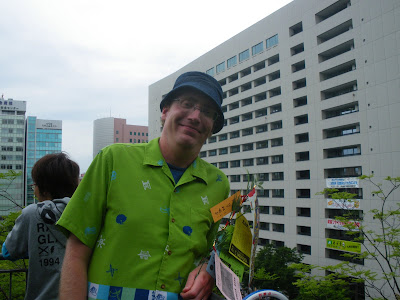