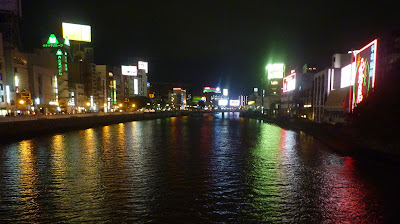 The new year is upon us. 2011 was a pretty busy year for us. We got a dog. Umh....yeah that alone pretty much explains why we were so busy. Well, I`ve also been much busier with my thesis than I was in 2010 and Ena has been extremely busy with work too, so those also contributed.

Anyway, this is a bit of a melancholy new year for me as in all likelihood it will be our last in Fukuoka. I`ll be graduating in 2012 and in all likelihood wherever I end up working after that will not be here.

Its been three years since we arrived and the place has really grown on me. If you ever get the chance to live somewhere in Japan, make it Fukuoka if you can.

Far and away the thing I will miss most is simply riding my bike around the city and the countryside around it. I haven`t done as much of that this year as in the past (as I said, we got a dog), but just riding around on a bicycle surrounded by interesting things everywhere you go is an experience like no other.

I made a trip into town the other day and brought my camera along with me to photograph some of the random scenery that I pass. On the way in, the Gofukumachi area near the Shofukuji temple has some interesting old shops on very quiet streets: 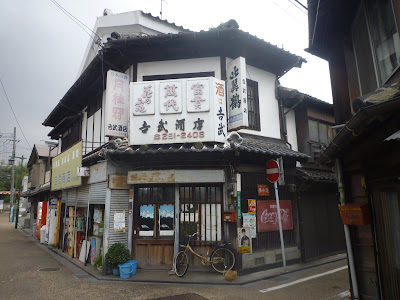 This alley in Tenjin, which is actually quite close to where Ena works, has always interested me just due to the sheer volume of air conditioners that have been crammed onto the side of that one building: 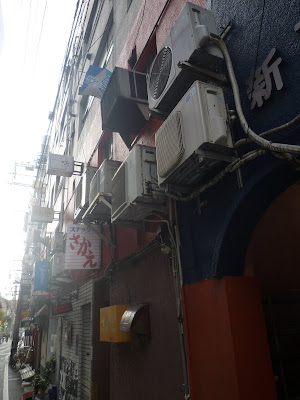 The details are often what make things interesting: 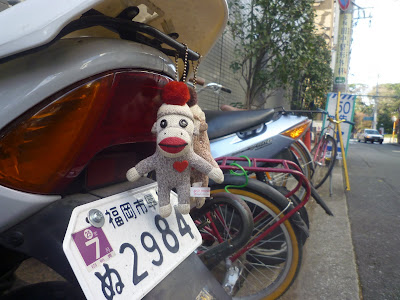 On the way back it is dark. The city looks quite fun after the sun has gone down, especially in Nakasu where the nightlife is kind of bustling: 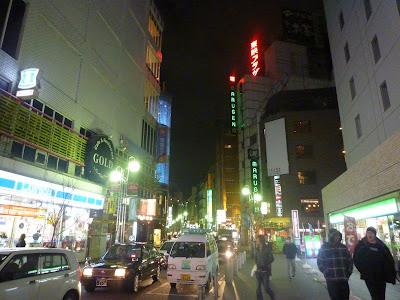 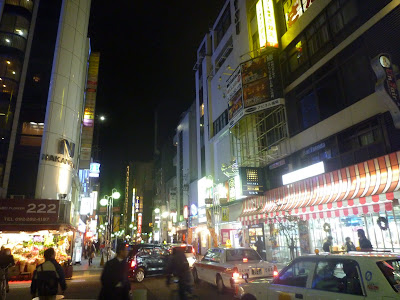 Whenever possible I like to ride through Nakasu at night, but in all our time here I`ve never actually had a night on the town there. Not surprising I guess given my age and marital status.

This alley here is near Canal City. It is devoid of any interesting architecture so its the type of place nobody ever notices. Whenever I ride by it though I just have to look at it. Somehow the combination of everything in it I find very visually appealing. The distance between the buildings, the amount of dirt on them, the mess of signs and lights - it is like they are all perfectly calculated to look right. Everything is well balanced. Most such alleys don`t get it right. There is always something amiss - too much space between the buildings, not enough lights, a building that has been torn down to make a parking lot - something is always out of place and it ruins the image. This one somehow got everything right though. 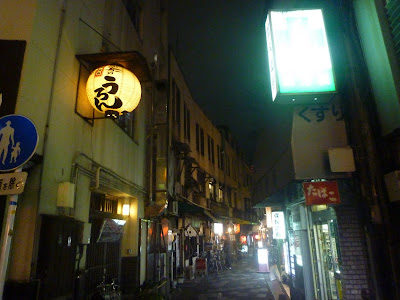 This here is a really small shrine on a street in Hakozaki. I love riding past it at night because the neon sign next to it, which is an ad for a shop up the block, illuminates its white roof in a pretty way. Its another one of those pleasant accidents in the placing of objects that gives the city its charm. 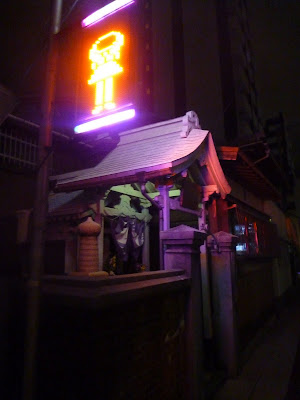 This is the Nishitetsu Kaizuka Station. Its an ugly station and the only reason I photographed it is for my own memory. Ena returns home from work there everyday and when I go to meet her I usually wait in the spot from which this photo was taken. Its just another one of those little things that I`m going to miss. 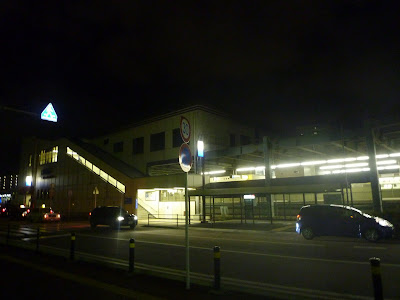 Cool blog Sean,
I'm from Fukuoka too? Do you ever do any mountaineering around this area?
You can find a lot to take pictures of, unusual flora, wild boars, the occasional snake - not to mention gorgeous views once your reach the peaks!

Thanks. I have climbed a fair number of mountains around here, they really are quite nice, especially the views from the top!