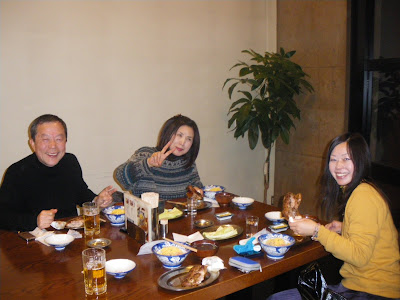 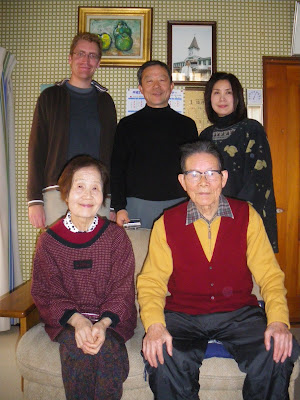 It was my first time back there in about 4 years. I had seen Ena's parents a few months ago but it was the first time I had been able to see the grandparents in a long time so that was nice.

On New Year's day we climbed up a mountain behind their home to visit a temple. This is what everyone in Japan does on New Year's day to make their wishes for happiness in the coming year. Its quite a nice temple and mountain, loads of people were there (though most of them took the cable car instead of climbing up like we did). It is Temple number 85 on the 88 temple Shikoku pilgrimage route (about a 40 day hike that hardy pilgrims make around the island to visit the 88 temples of the Shingon sect). This is a picture of everyone lining up to make their wishes at the Temple's main building: 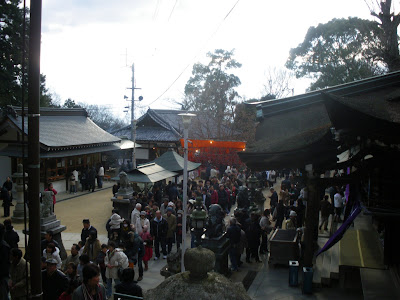 Ena and I at one of the vendor's stalls holding up a Japanese New Year's decoration: Me ringing in the New Year: 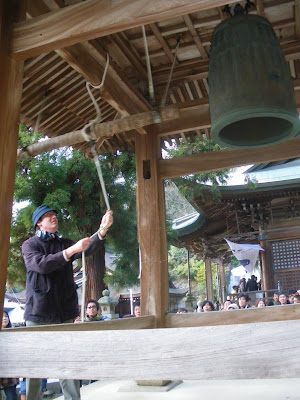