A bike ride in the country

I was a bit bored today with Ena out of town so I decided to get on my bike and take a ride out to explore the surrounding area. Basically I just randomly went off in one direction to see what was there. After a while I saw a sign directing me to the Nagahama dam / reservoir so I thought I'd check that out. Its in the mountains so it involved a lot of uphill riding. So much so that at one point I had to abandon my bike and continue on foot. It was a pretty nice day though. On the way up I got a good view of the city in the distance, with Fukuoka tower and the Fukuoka Yahoo dome clearly visible:

This is what the reservoir looks like, its actually quite large (about 3km around). Fukuoka's water comes from here, so whatever you do don't pee in it: 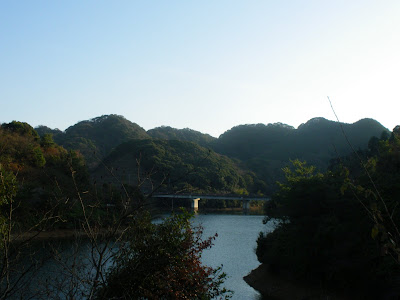 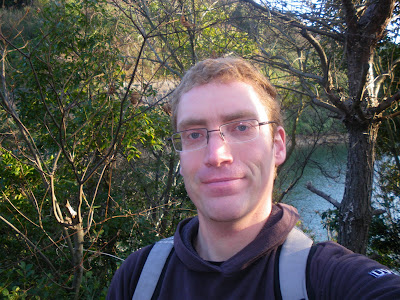 Another shot of the reservoir, you can sort of see the dam in the distance as well as some larger mountains looming in hte background: 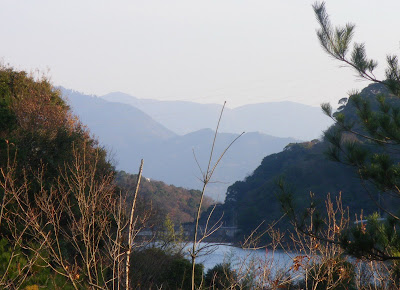 This is a pedestrian bridge over the reservoir. I like this picture because the white sign on the right says that fishing is banned. But the group of people on the bridge (visible at the far left) all have fishing poles and are openly catching fish (they've even set up little chairs).

Email ThisBlogThis!Share to TwitterShare to FacebookShare to Pinterest
Labels: Fukuoka, Fukuoka by Bicycle