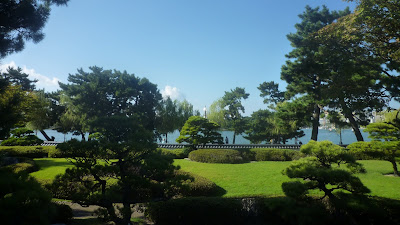 Ena and I got to complete our Fukuoka garden tour by visiting the Japanese garden at Ohori Koen which had been closed on our last visit.

Its a really nice garden, probably the biggest in Fukuoka (though small by "big" garden standards). They didn't display much imagination in naming the garden, which is literally called "Japanese garden." Even in Japanese that is what it is called (日本庭園）.

Other than that though, its great. Admission is only 240 yen. When we paid the person at the gate offered us a spray from two aerosol cans of bug repellent, which we declined much to our later regret. When you enter you are greeted with some nice trees and streams running along a path: 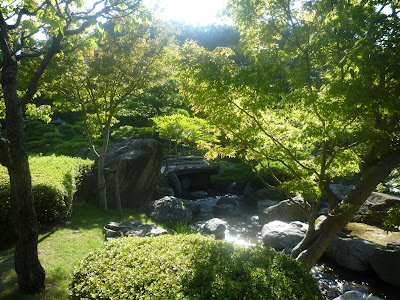 The path leads to the main feature of the garden, its large pond: 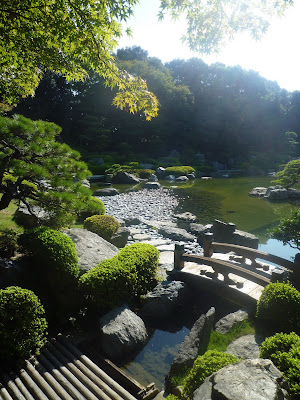 The path takes you around it: 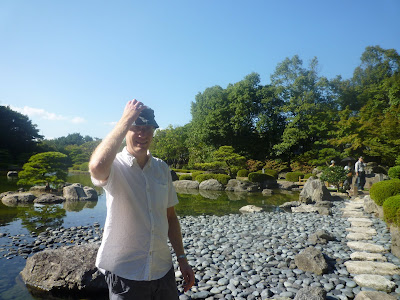 You can go up a little hill covered in Momiji trees and get an excellent view of the pond from beneath their canopy: 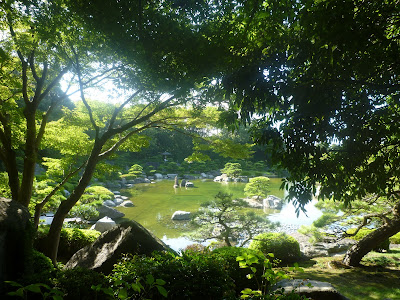 There are several artificial waterfalls and streams: 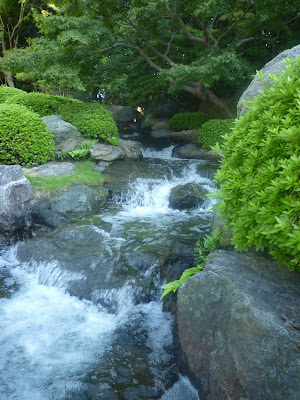 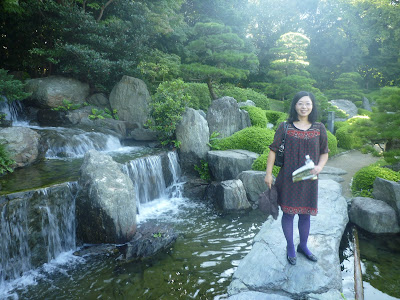 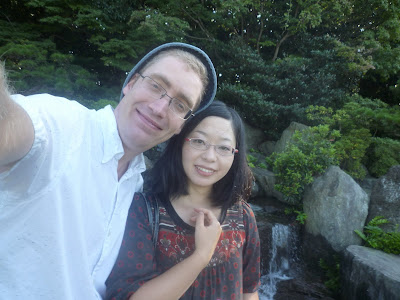 After circumnavigating the pond we took a seat on some nice little stools overlooking it. This was where the bug repellent would have come in useful, tons of mosquitoes swarmed us and we had to move on after a couple minutes: 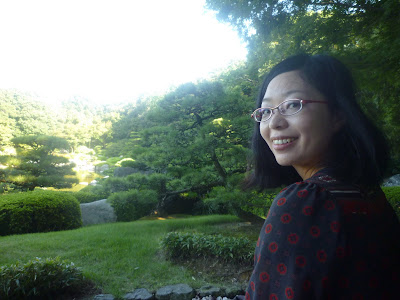 After that we went to the other part of the garden, which makes good use of the borrowed scenery of Ohori Koen's lake: 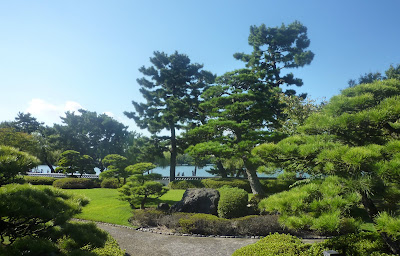 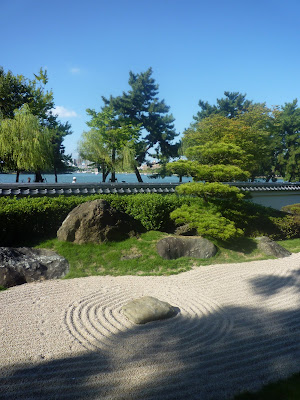 And a series of winding stone pathways leading through the trees and streams: 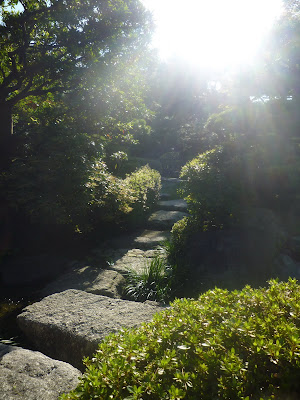 They've also got a teahouse, but they don't seem to offer any tea service like the other gardens we've been to so we couldn't go in: 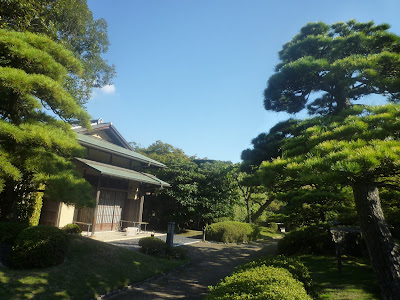 After the garden we got back on our bikes and did a little riding around Ohori Koen. Ohori Koen has my favorite short bike ride in Fukuoka. There are three islands in the lake, which are all connected by cute little bridges, allowing you to cross the lake over them. Its nice for a walk or bike ride. We stopped to sit and relax on one of the islands for a little while: 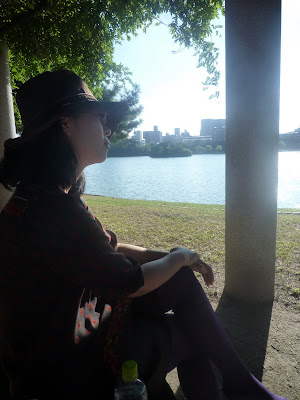 We had a nice little view, and no mosquitoes: 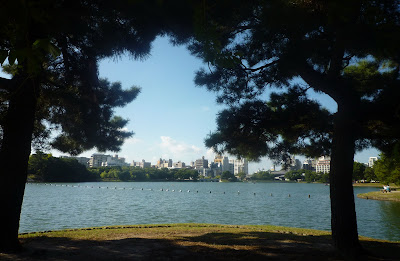 I think I would rate Ohori Koen's Japanese garden as the second best in the city. Yusentei just edges it out because of its really fantastic tea house and more authentic, historic feel (Ohori Koen's garden just dates to 1984). Its a great garden though, well worth a visit.