The sandy cliffs of Fukuoka

The forecast was calling for rain all day today but in fact it was sunny and hot with hardly a cloud in the sky so the meteorologists got it wrong again.

Ena and I decided to take the opportunity to go for another little bike ride. This time we set off towards the seaside just east of town. There was a little bike trail that I had been wanting to try for a while so we had a go at that.

The trail led us to this little shrine in the woods which we spent a few minutes exploring: 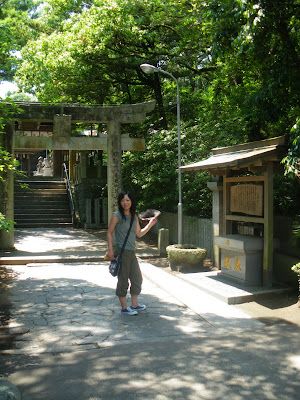 It had a nice dog and horse out front: 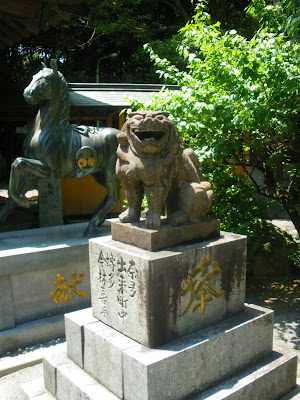 This is what the shrine's inner sanctum looks like: 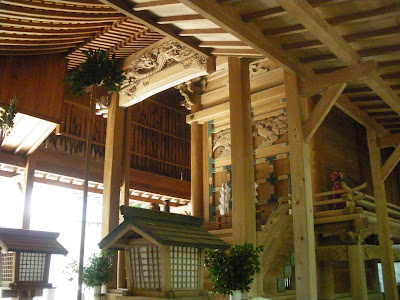 Behind the shrine was a little path through the woods so we left our bikes at the shrine and set off on foot: 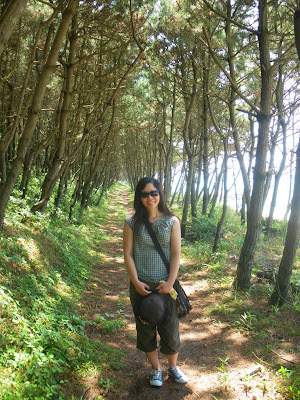 The path eventually took us to the beach: 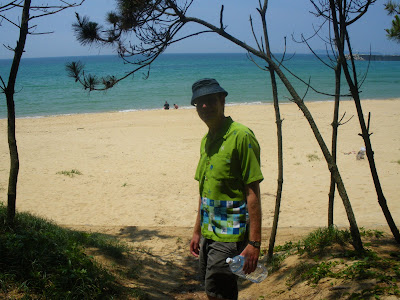 We had never been to this part of the beach before (it runs for dozens of kilometres and we've been to other parts of it before) and we were quite surprised to find these huge sand cliffs that ran along a fair portion of the beach: 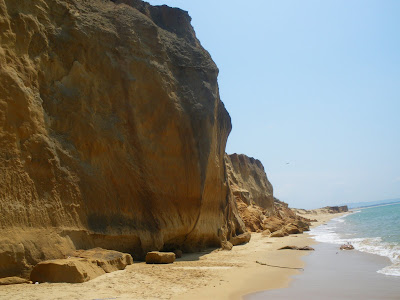 They were quite picturesque and we spent a couple of hours walking along them: 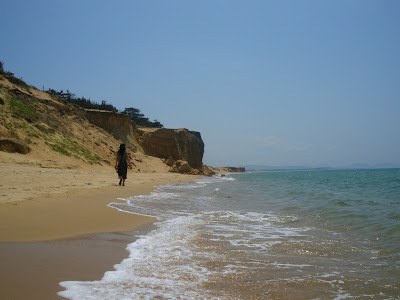 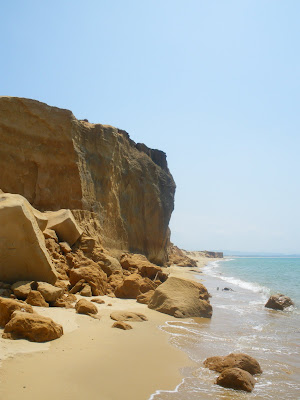 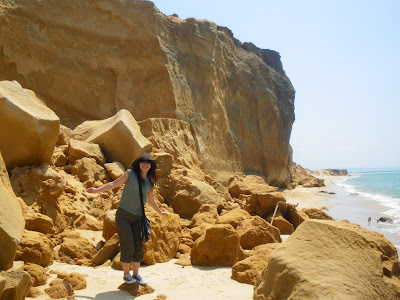 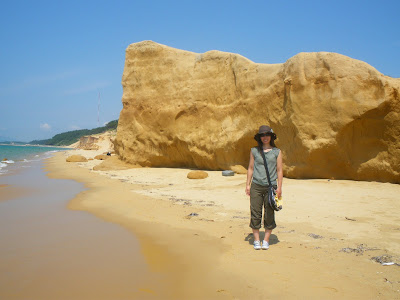 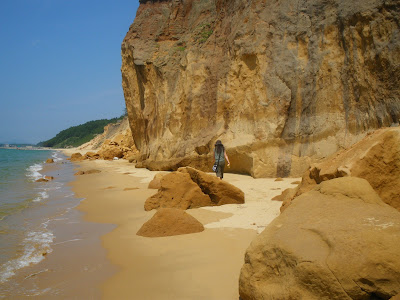 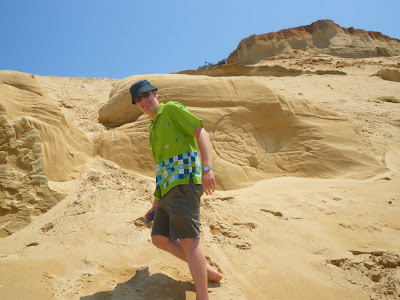 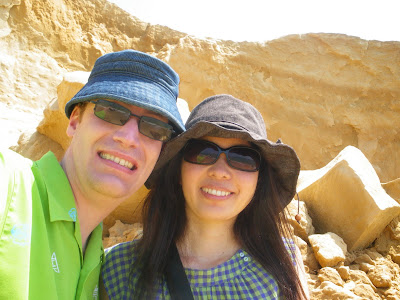 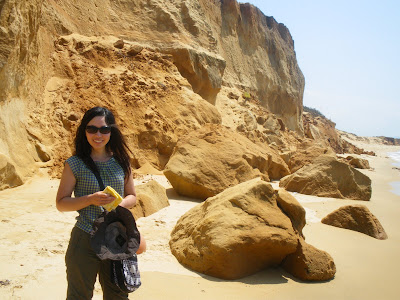 A lot of people had carved stuff into the cliff faces, like this (I think its the Loch Ness monster but I'm not sure): 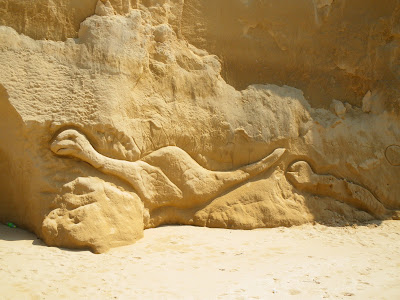 I gave a try at it myself: 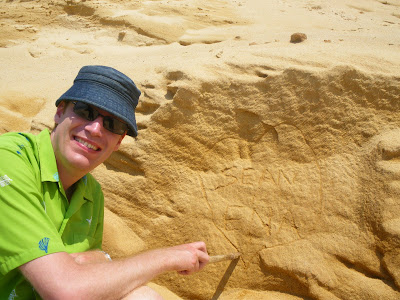 Beaches in Japan are invariably covered with fishing equipment that has broken loose and gotten washed ashore: 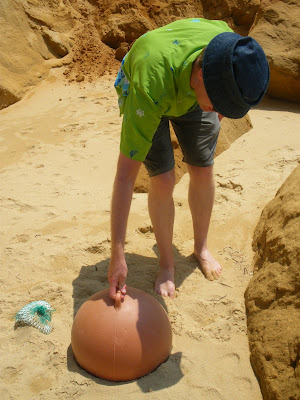 On the way home from the beach we passed by a cute little temple: 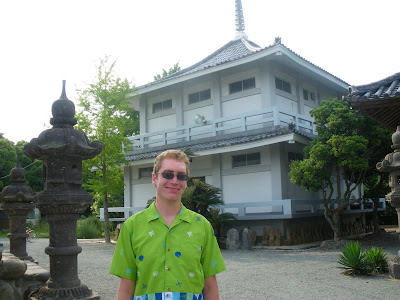 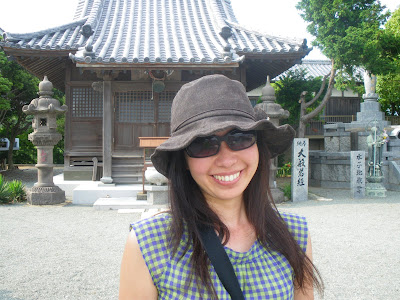