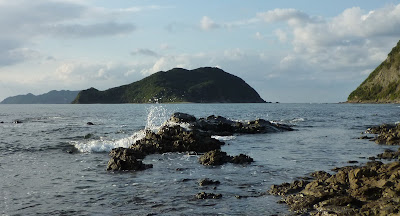 Its been almost a month since the last time I put anything up on this blog. Partly that is because not much interesting has happened since all my classmates left but also its because my beloved camera that took all the pictures on the blog had its career tragically cut short in a soccer game mishap a couple of weeks ago.

But Ena was nice enough to buy me a new camera as an early birthday present and it was a nice day so I took a really long bike ride to the coast north-east of Fukuoka. I logged about 75km on my bike today, which is a record for me and boy are my legs and back feeling it as I write this!

First I headed up to Fukuma, which Ena and I had visited together in May and had previously been the farthest I had travelled by bike. Instead of stopping there though I kept on cycling in the general direction of Kitakyushu.

My journey from Fukuma took me first to some Kofun burial mounds dating from the 5th century. These were earthen mounds where the ancient Japanese would bury important leaders prior to the arrival of Buddhism. There are a lot of them in Nara which Ena and I visited years ago but this was my first time to see them in Kyushu (which it should be noted is where Japanese civilization has its roots). This is one of the mounds in the foreground of this picture, it really just looks like a small hill but the countryside was quite beautiful around there: 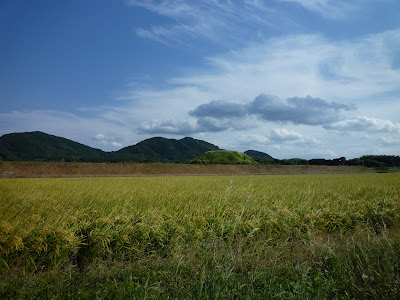 There was a shrine on one of the burial mounds that I visited with some Jizo (these little statues that I like to take pictures of whenever I see them): 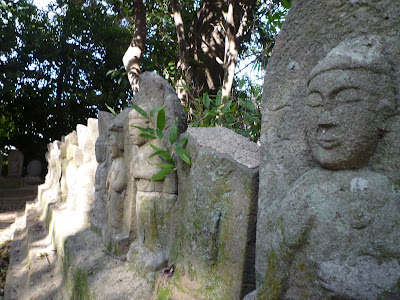 After that I pedalled away from the mountains and towards the sea, eventually arriving at this little fishing village: 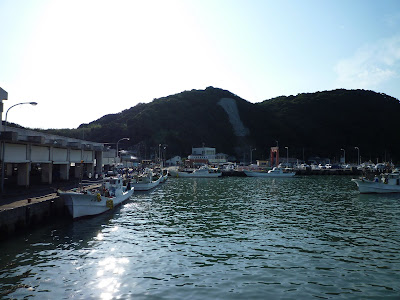 There was a nice view from the pier of this cape:

There was also a good view of the fishing boats going in and out in front of this island:

I climbed up the mountain next to the fishing port and took a self portrait with the same island in the background: 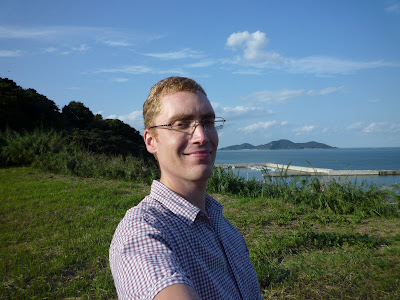 There were quite a few hawks swarming overhead on this mountain, I think they must nest there. I had intended to climb the bit behind me in the above picture but was dissuaded halfway up when I saw how many their were circling directly over my head! The snakes and spiders also played a role - it was an extremely seldom-used hiking path.

After that I kind of doubled back along the coast to begin my long trip back to Fukuoka. I happened upon another fishing village - Katsuura: 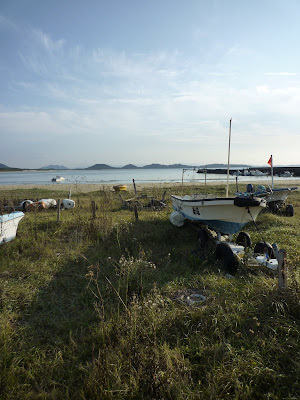 I found one of the best coastal view-points I've seen in Katsuura:

The island in the centre of the above photo is Katsu-shima - an extreme rarity in Japan in that it is a sizeable island in a busy area that is nonetheless completely uninhabited and in a perfect natural state. The island in the distance behind it is the significantly larger (and populated) Ooshima. If you look closely you can see the ferry on its way to Ooshima just to the right of Katsu-Shima.

I rather liked this stretch of coast and ended up taking quite a few shots of these islands: 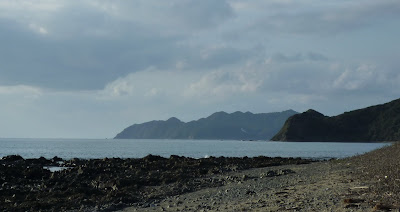 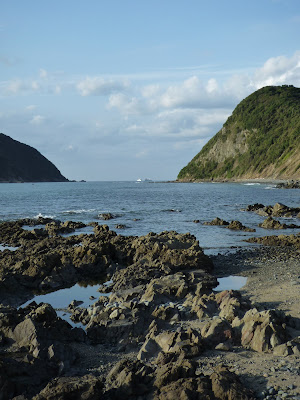 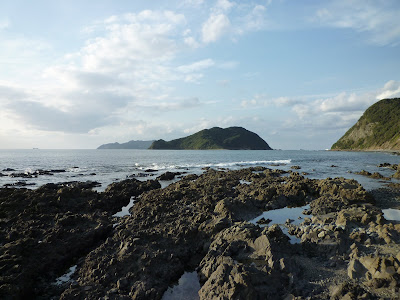 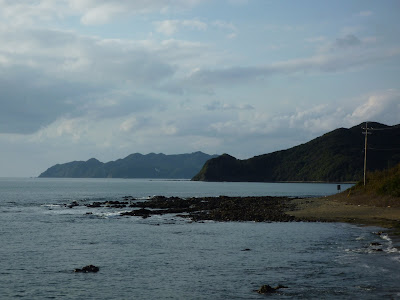 I also caught a nice sunset on the way back in Fukuma: 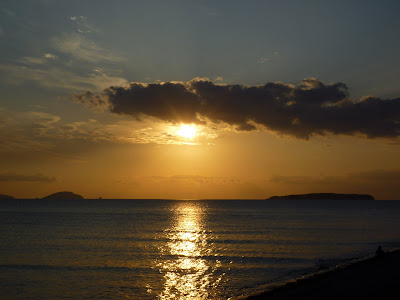