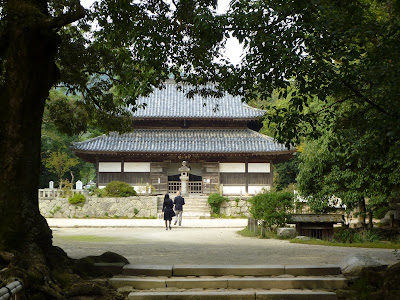 I went to Dazaifu yesterday by bicycle. I have been twice before but both times by train so I hadn't previously been able to see some of the sights in the areas far from the station.

The First stop was the Mizuki water fortress. I had seen an exhibit about this at the Kyushu National Museum when I visited with my parents in March and had been kind of interested in going to take a look. It was built during the 7th century at a time when the Japanese were worried that the Tang dynasty in China was planning to invade. In order to protect Dazaifu (the capital of Kyushu at the time) they basically built a huge moat stretching across the likely invasion route. With the excavated earth they built a wall behind the moat.

Today the moat has long since been filled in but the wall still exists. You wouldn't know what it was without the signs explaining because it just looks like a forested area: 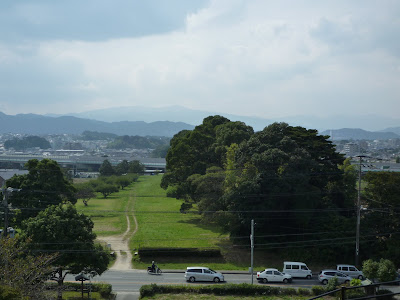 The heavily treed area is where the earth wall is.

This is another picture of it, its quite pretty: 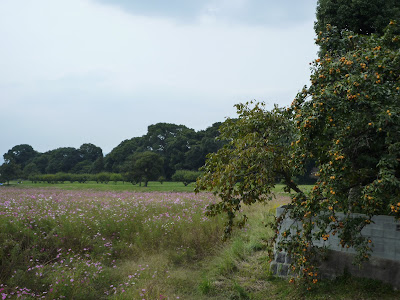 One weakness which the Tang Chinese were never able to exploit is that the Kyushu Kokudo expressway runs straight through the fortress wall, creating a weak point that could have been disastrously exploited had Japan ever actually been invaded: 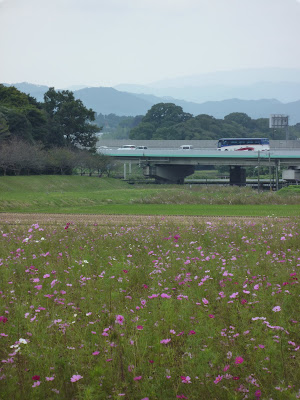 After the water fortress I went to the ruins of the ancient seat of government at Dazaifu. Nothing remains of the buildings except for the foundations, which were unearthed by archeologists after the war. Still its a nice site on an open plane in front of the mountains: 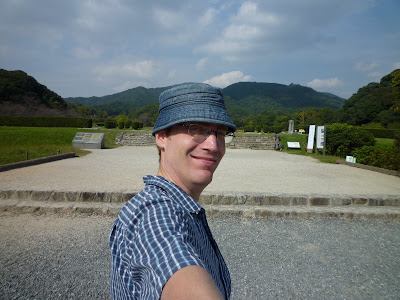 Unlike the water fortress, the government building ruins have a small water feature: 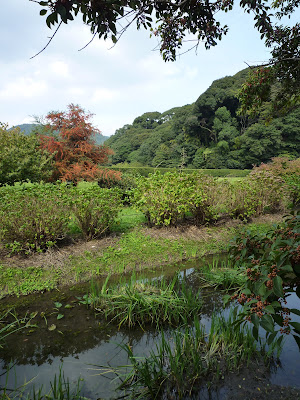 After that I visited two neighboring temples which were quite pretty and almost deserted at the time I visited: 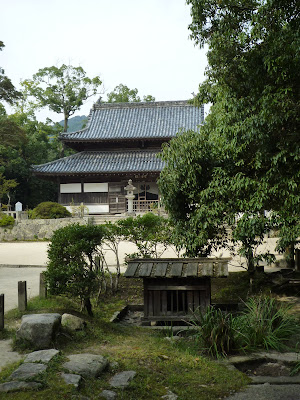 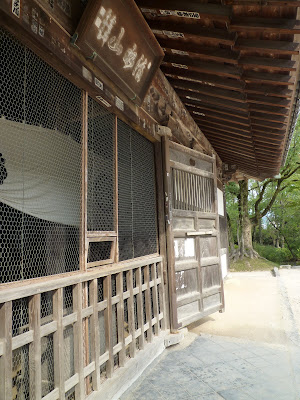 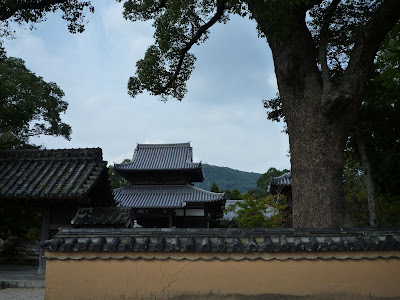 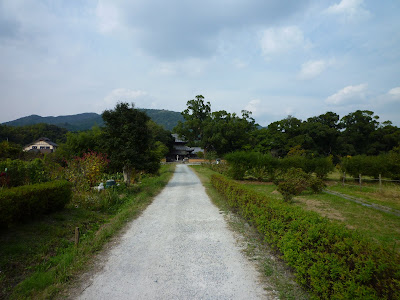 Email ThisBlogThis!Share to TwitterShare to FacebookShare to Pinterest
Labels: Dazaifu, Fukuoka by Bicycle