Writing about Japan: The Horrible and the Exceptional 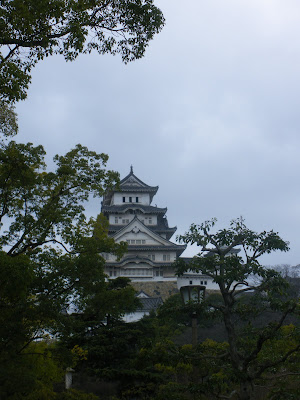 Across the internet there is a rather extensive world of English language writing that is tied together by the single thread of its common subject matter: Japan. This blog occupies a relatively obscure, seldom-visited corner of that world, which is exactly where I want it to be.

In that world, there is a rather eclectic mix of writers. Some have never been to Japan but have a keen interest in something from Japan (comics, movies, video games, etc) and write about that. Others have visited Japan as tourists and may have put up a few photos and some notes about their travel experiences on a blog like this one. Still others are experts in a certain field (finance, international politics, trade, etc) whose writings occasionally touch upon the situation in Japan. Far and away the largest part of that world, however, is taken up by foreign residents in Japan like myself. That part of the world, which for the moment I take to exclude academic writing, is what I want to talk about here.

If we were to develop a sliding scale of quality of writing, with one end being "exceptional" and the other "horrible" then most of the writing in this world would, regrettably, fall on the latter end of the scale. Only a very small percentage would be anywhere near the former.

In terms of horrible Japan writing, I think the single biggest repository is the commentary section of Japan Today, an internet-based news site that mostly focuses on Japan. The commentary section of that site sometimes features items taken off of wire services like Kyodo which, though not particularly interesting, at least display the fact that someone proofread them before distributing them.

The majority of the articles, however, seem to be written by a class of relatively new foreign residents to Japan who are keen to publish something about Japan yet don't actually know enough to write something worth reading. The existence of this class of individuals combined with the apparent absence (or at least insufficiency) of editorial standards at Japan Today combines to create the perfect storm of bad Japan writing.

Some of these articles are embarrassingly bad rants clearly written after someone had a bad experience and is going through some form of culture shock. Really they belong on something like a blog (uh, yes, like this one, I know) rather than a news site. The worst example of this kind of article is this one, in which the clearly embittered author felt compelled to write an extensive treatise after being told that his blonde highlights weren't appropriate in a Japanese workplace.

Another would be this one, which I've discussed on here before, in which the (Canadian) author complains at length about the customs of Japanese baseball fans. The most mind boggling aspect of this article is that its author - whose writing displayed such an astonishing degree of cultural insensitivity and obtuseness - now runs a business (I swear I am not making this up) in which he teaches cross cultural communication! The word "ironic" doesn't even begin to capture the essence of that contradiction.

A second general type of bad writing is the person who writes as though he/she were an expert in a field in which they clearly have no knowledge. This week's Japan Today provided a good example of that type with this gem. You'll note that the article is titled "Eminent Domain Laws in Japan Notoriously Weak" and the author states in the first paragraph that it is an "article entirely for the topic of Eminent Domain laws in Japan."

I believe the omission is explained by the simple fact that the author clearly has absolutely no knowledge of eminent domain law in Japan. In fact the article displays an astonishing degree of confusion about law in general. In the first three paragraphs he discusses landlord-tenant law and then rather abruptly switches to a general discussion of eminent domain in the fourth paragraph without displaying any awareness that the two are completely different things. Landlord-tenant law deals with the relationships of landlords and tenants, eminent domain with the relationship between landowners and the state. They have very little in common and spring from entirely different policy concerns and legal doctrines.

I suspect, though I have no proof, that the author may have done his research for the article entirely on Wikipedia (from which all the facts he cites are available in English). The poor quality of the article is further demonstrated by the fact that the main piece of evidence he provides to support his assertion that "eminent domain laws in Japan are notoriously weak" clearly contradicts that assertion. That case was the construction of Narita airport, which was delayed - according to him - by violent protests. This (from what I know) is factually correct, but it completely contradicts his claim about eminent domain laws. The protests were caused by the expropriation of the land which, of course, could not have occurred without the effective exercise of the state's eminent domain power. In other words, the delays were caused by protests which had nothing to do with "weak" eminent domain powers but the exact opposite - effective eminent domain powers. The author doesn't even notice the contradiction.

These are but some of many examples of such poor writing. To the extent, if any, that bad Japan writing differs from bad regular writing, I think part of it can be explained by a certain hubris that accompanies new arrivals to Japan. Having lived here for a few months or even years they feel that they know the country better than people back home. Which is probably correct, but it unfortunately may lead them to over-estimate their own knowledge and write stuff completely beyond their capability. God knows I've been guilty of this myself on numerous occasions, though thankfully I never tried publishing any of it. Well, save on here!

Anyway, as I said above, the number of writings on the other end of the scale - the "exceptional" - is regrettably quite small. So this will be short. But I absolutely have to put a word in about one anonymous blogger who I think, far and away, produces the best quality writing about Japan in the world of long-term-resident- foreigner blogs (which is, admittedly, a small world). The blog is entitled Spike Japan. Most posts are sort of a cross between travel narratives and general commentary on the state of Japan's economy, particularly in the declining rural part of the country.

The writer scores something of a "hat trick" in blog-writing talent. First, the subject matter of most of his posts are quite interesting as he mostly visits places that have an interesting story behind them - often dealing with the folly of the bubble years or the bittersweet decline of a rural community facing economic collapse. Second he brings a talent for writing that reminds one of Alan Booth, one of the best travel writers ever to visit these shores. The posts are laced with dry wit and an effective ability to draw the reader into the story that unfolds. Third when the author strays into commentary he skillfully avoids making ham-fisted attempts at elucidating deep meaning where there is none or the general laziness that leads some writers (including myself on occasion) to rely on over-generalizations or half-assed research. He doesn't necessarily provide in-depth analysis but he does do his research and presents useful facts that (unlike Japan Today commentators) are clearly drawn from non-Wikipedia sources.

So if you've got some free time and an interest in Japan based writing, I strongly recommend his blog.

Japan Today's commentary section on the other hand is to be avoided like the plague.
Posted by Sean at 7:15 PM

This is highly informative and amusing. =)

Thanks:) I rather enjoyed writing this one!