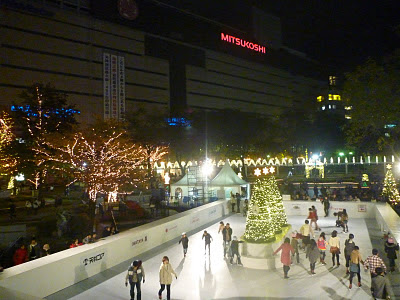 Christmas season has arrived in Fukuoka. Ena and I decided to do some shopping last week in the evening so that we could take in the illuminated bits and pieces. 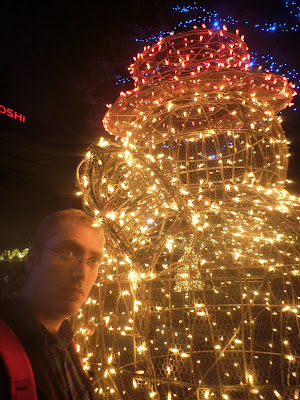 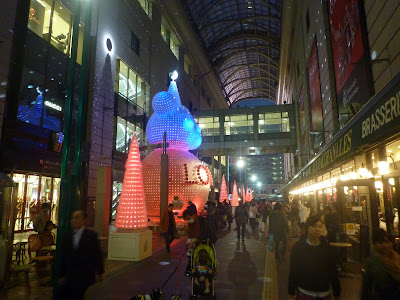 The big illuminated teddy bear and Christmas trees are made of plastic soda bottles. The lettering is done with the bottle caps: 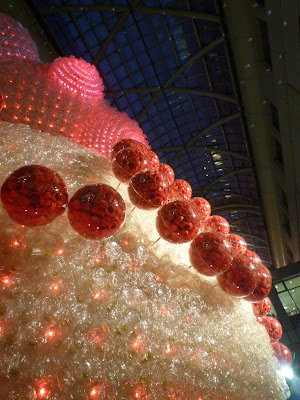 We had dinner at a little cafe on the right of the picture up there. It was kind of nice: 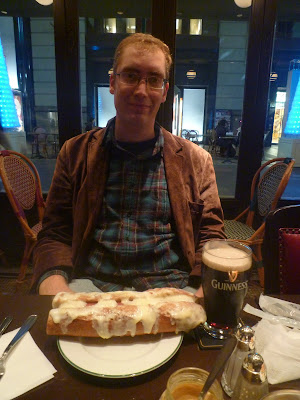 After that we headed over to Keigo park, which is just behind the Mitsukoshi Department store. They have a skating rink (made of plastic, its way too warm here for ice): 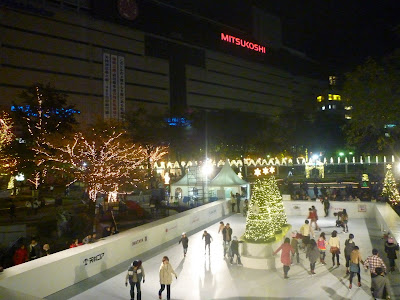 Ena has never skated before and my last memory of doing so ended in me falling down and whacking my head on the ice when I was a kid, so we didn`t skate ourselves. It was kind of nice to see though.

We walked around the park a bit, which had a lot of trees and other Christmassy lights: 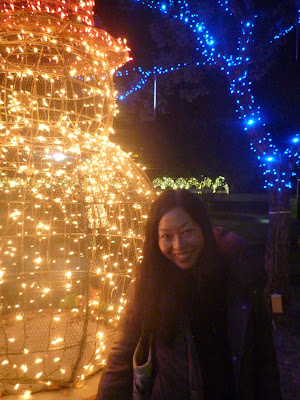 Got the last of my Christmas shopping done today, all we have to do now is countdown to the big day: 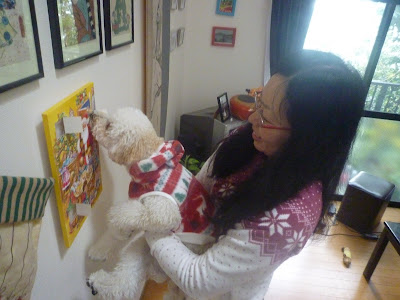 The dog really likes the advent calender.
Posted by Sean at 12:40 AM