Ena and I went to Shingu today, the last town on the Nishitetsu Kaizuka railway line (though we biked instead of taking the train. Our trip into the countryside took us past Tachibana mountain, which we had climbed only a couple of days earlier: 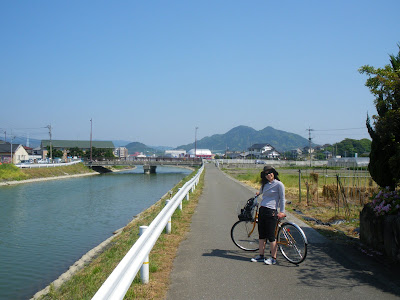 Shingu has a nice long beach that stretches on for a good 10 kilometres or more. A large pine forest runs along the coast as well, we road through it on our way to the beach: 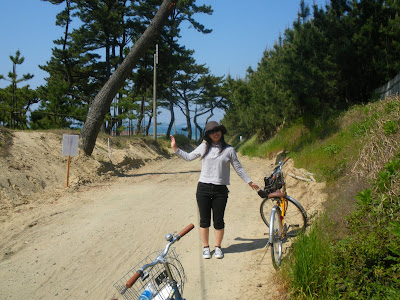 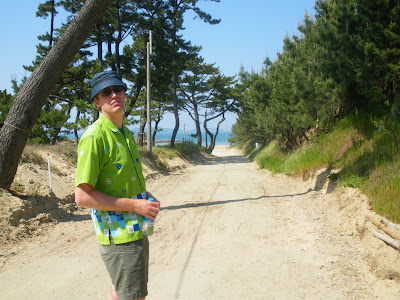 The beach was quite nice, with views of mountains in the background:

We walked along the beach for a while, beachcombing. After about half an hour we noticed a fire on the beach in the distance. I was kind of annoyed and we didn't want to go too close, but for whatever reason I set the zoom on my camera to the maximum and took a picture of it: 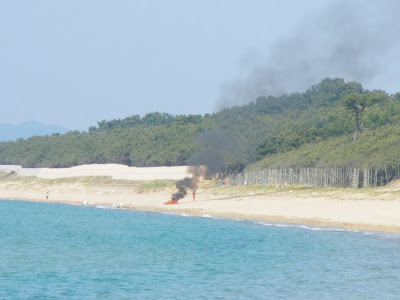 After I got home and was looking at the pictures I took, I zoomed in on the figure you can sort of see standing behind the fire. It is a completely naked man. He was too far away for us to actually see him. Further examination of the photo revealed a number of other nude figures in there which weren't visible at first. I'm not sure but we may have almost stumbled across a nudist colony of some sort.
Posted by Sean at 3:12 AM

Email ThisBlogThis!Share to TwitterShare to FacebookShare to Pinterest
Labels: Fukuoka by Bicycle, Shingu