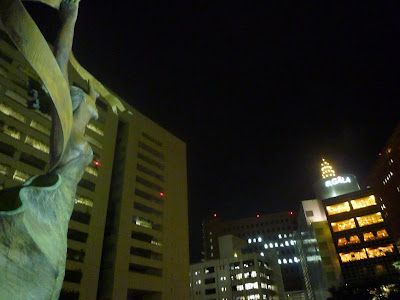 Every week I usually have something to do in the evening in downtown Fukuoka which necessitates a 45 minute bike ride in. I like riding my bike downtown at night. Fukuoka, like many Asian cities, really comes into its own when the sun goes down. What are rather grey and drab side streets in the light of day become colorful and mysterious neon-lit entertainment meccas by night. I brought my camera on one such bike ride the other day.

My ride first takes me down route three, a drab and treeless dead zone in the day but rather colorful in the dark: 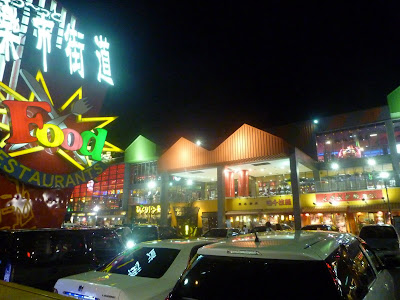 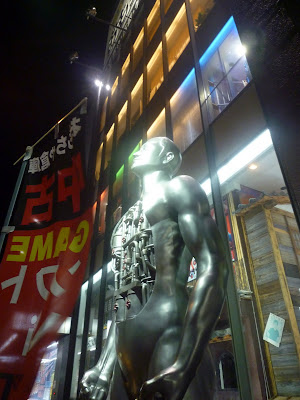 Even the underside of a highway overpass has its charm: 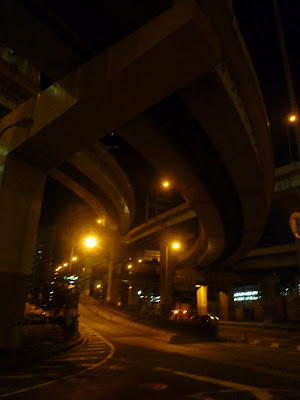 I usually then head off route 3 and go through Hakozaki, which is more of a suburb with some old streets with quaint little restaurants dotted along it: 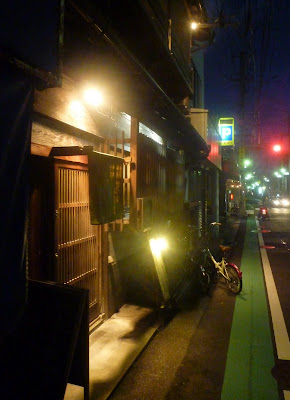 In a lot of the residential streets the only light is provided by the vending machines: 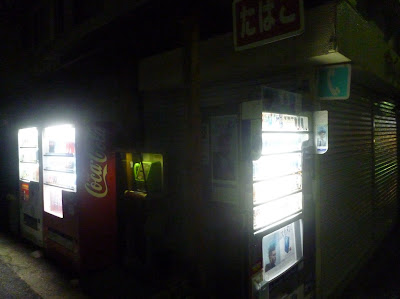 Temple gates on the other hand look foreboding: 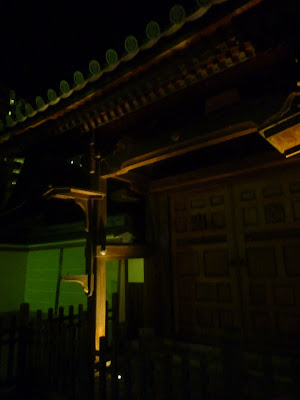 A few minutes later I cross a couple of rivers and arrive in Nakasu, the entertainment area of downtown: 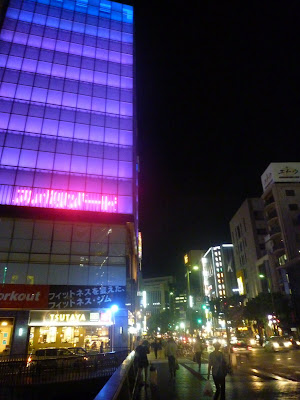 The Hakata-za, the biggest playhouse in Fukuoka, is on my right: 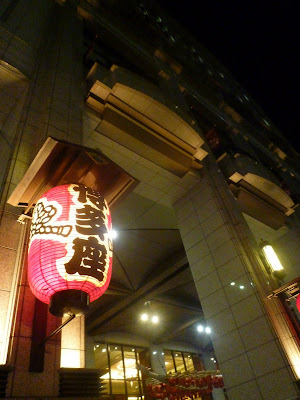 The side streets of Nakasu are pretty fascinating, the most brightly lit and tacky in all of Fukouka: 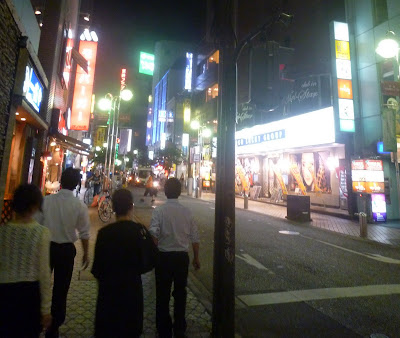 I took the above photo rather quickly and then put my camera away. Nakasu is filled with an odd mix of tough looking guys in black suits, drunk salarymen, scantily clad hostesses and male hosts with ridiculous looking haircuts. Its the type of area that just screams out to be photographed while at the same time seeming to threaten anyone looking to do so with some sort of unknown but likely unpleasant consequences if they try it. So I meekly pedal through leaving it all alone, only mustering up enough bravery to photograph the colorful dresses at this store catering to hostesses on the other side of Nakasu as I'm on my way out of the nieghborhood: 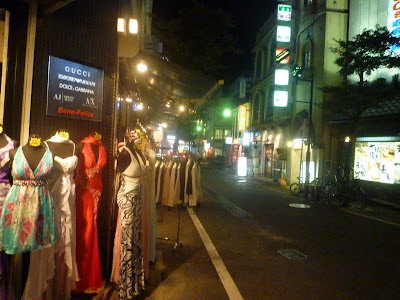 I park my bike just outside of Nakasu at the last free bicycle parking spot before Tenjin and head to my business appointment on foot. I walk past an elegant restaurant in a historic building, without customers tonight: 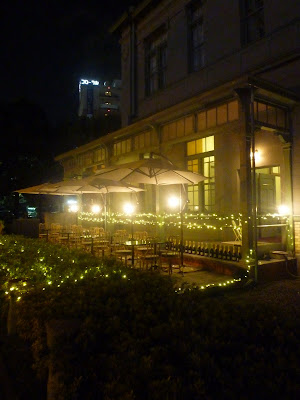 And the ACROSS building with its triangular door offering a view of its cavernous interior: 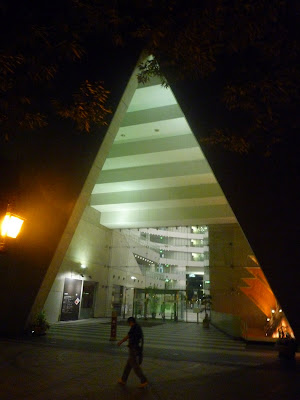 And at last Tenjin, my destination: 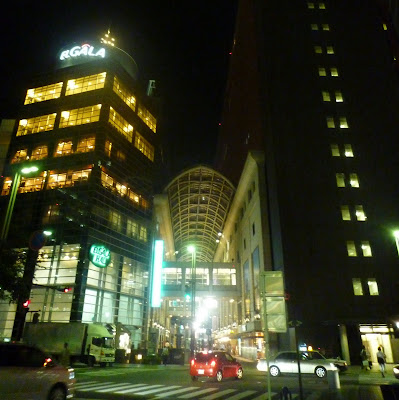