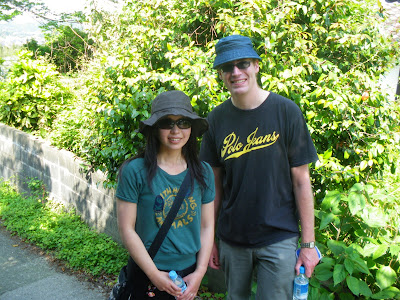 Ena and I went for a hike to Mount Tachibana today. I've been wanting to climb that mountain for a long time, we can actually see it from our kitchen window and I spend a few seconds looking at it every morning while I prepare my coffee, as you can see it in the background here: 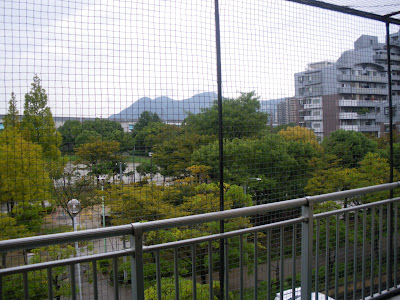 This is another view of the mountain a bit closer up: 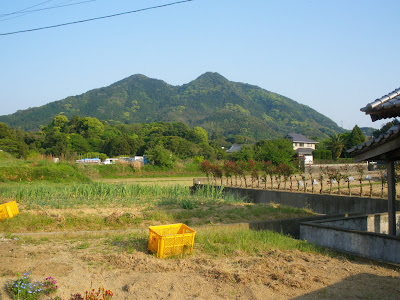 It looks deceptively close from our kitchen but in fact it is several kilometres away and the trail head, it turns out, is on the opposite side from us. I made the mistake of just heading out on our bikes in the general direction of the mountain (its a pretty easy to see landmark) and hoping we would easily get there. It ended up taking us a couple of hours lost on country roads and directions from a quarelling young man and his mother whose property we accidentally trespassed on during our search before we finally got there.

It was worth it though. At the base of the mountain were some fields of orange trees and a stand selling oranges: 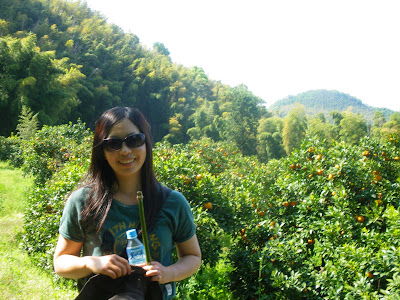 After walking through the orange trees we entered the mountain trail proper. It was really beautiful, albeit steep: 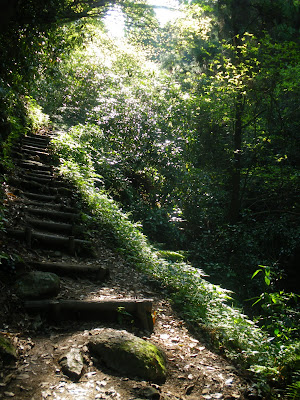 The forest on the mountain was really nice and there were a lot of quite old trees: 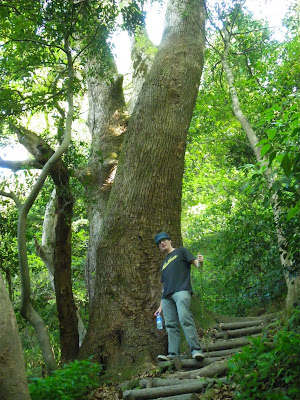 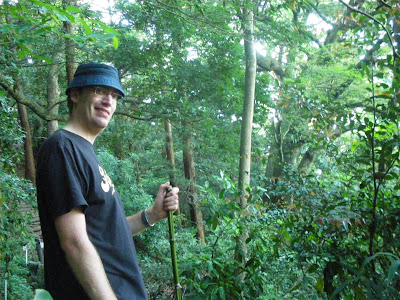 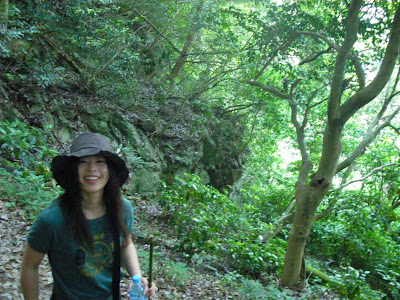 The top of the mountain was actually the site of a castle dating from the 14th century, but there is nothing but a couple of rocks here and there (if it wasn't for the signs you wouldn't know you were on the site of a former castle).

The views from the top of the mountain were fantastic, in one direction was the spit of land leading out to Shikanoshima island:

In another direction was the city (our place is in there somewhere): 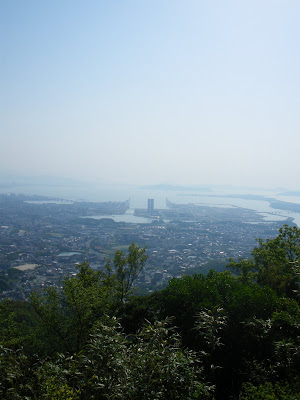 In the opposite direction is Shingu and the beaches along the ocean: 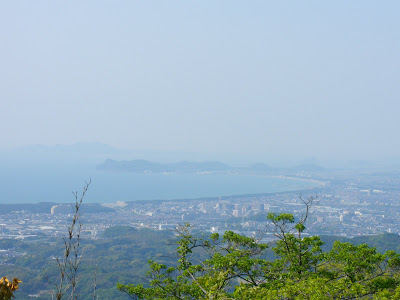 Email ThisBlogThis!Share to TwitterShare to FacebookShare to Pinterest
Labels: Tachibana