Ena and I had a day off together yesterday and the weather was warm and sunny so we cycled into town. One thing that definitely appeals to me about Fukuoka is that even in January you can do stuff like this.

We had lunch at this really good restaurant called "Club de H" in Tenjin. Tenjin is a pretty cool place, its basically a huge maze of narrow alleys and tiny streets that were probably laid out centuries ago. It is the heart of the city and these narrow alleys are full of interesting shops and restaurants. It is massively difficult to navigate in a car, but on a bike or on foot these alleys are quite fun to explore.

Club de H is on one of these narrow streets. Actually, it isn't even on the alley, you have to go down an alley off the street just to get to the front, it would be almost impossible to find if you didn't know where it was beforehand. This is what it looks like from the street: 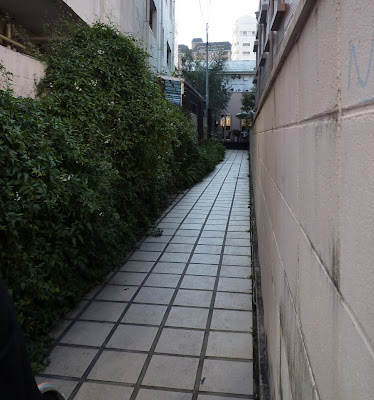 It is a really nicely designed place though, this is us in front: 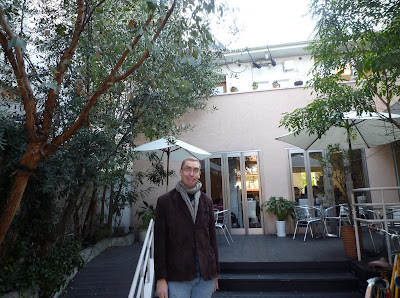 (that is a lollipop and NOT a cigarette in Ena's mouth!): 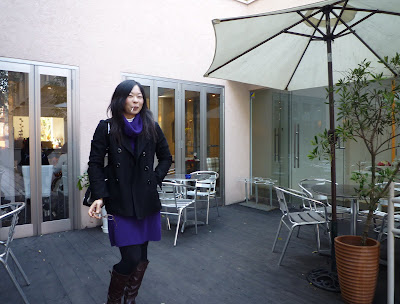 Despite the French sounding name they serve Italian food, which was fantastic (despite my expression, I don't know why I still insist on making strange faces for the camera): 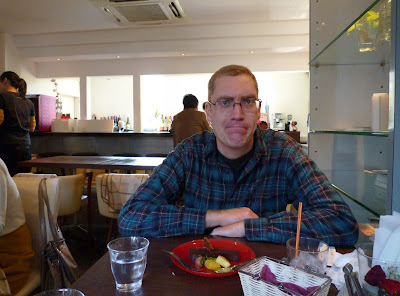 We got a four course meal (salad, soup, main course and desert) with drinks for a total bill of about $25 for the two of us. Another reason I love Fukuoka - the tons of high quality but reasonably priced restaurants.

After the restaurant we headed over to the Fukuoka City Art Gallery, which is located in Ohori park. They have some interesting statues outside, including a flying rabbit: 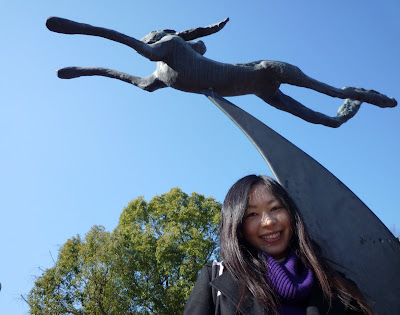 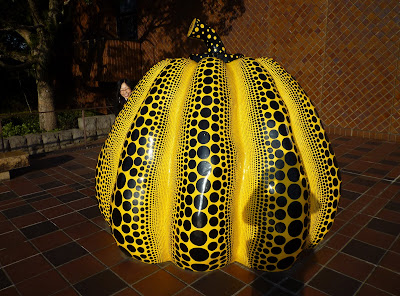 And me (on temporary exhibition): 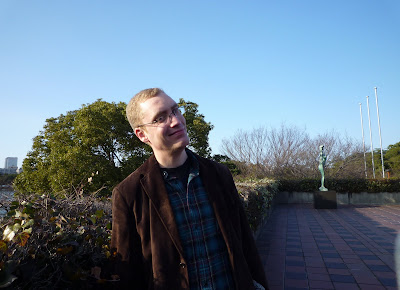 You aren't allowed to take pictures inside the museum, though we took this one next to the entrance: 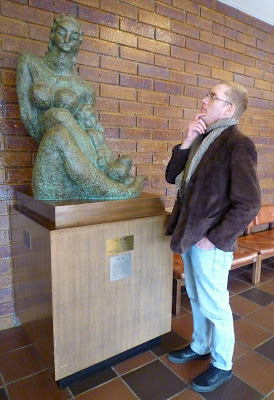 They have a surprisingly good collection of stuff at the Gallery. The first floor has a selection of ancient Japanese art including some letters by the famous16th century tea master Sen no Rikyu. His main claim to fame is that Toyotomi Hideyoshi - perhaps the most powerful man in Japanese history who united the country - ordered him to commit ritual suicide after discovering that Rikyu's name was inscribed on a gate through which Hideyoshi had passed (meaning that Hideyoshi had walked "beneath" Rikyu), which I guess was a bit of a slight.

They also had a very nice collection of modern art on the second floor, including some works by the likes of Andy Warhol and Salvadore Dali. It was a really fun way to spend a couple of hours!

On the way home we stopped at Hakata Port Tower to watch the sunset over the city, Hakata bay and the islands: 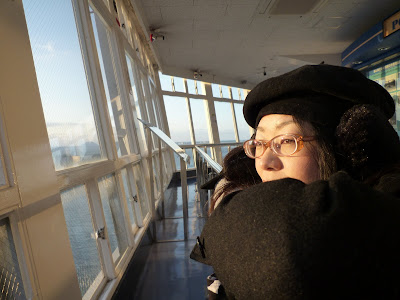 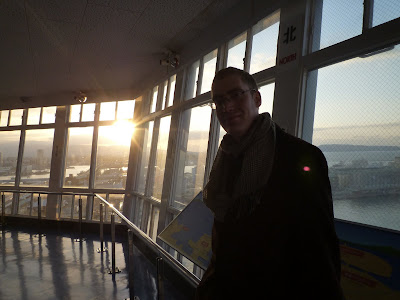