Ringing in the New Year

Well, 2009 and the first decade of the 21st century have officially come and gone. It was a pretty damned good decade for me, I hope the next one will measure up just as well.

In order to ring in the new year, Ena and I headed over to Shikoku to visit the in-laws. We took the Shinkansen for most of the trip: 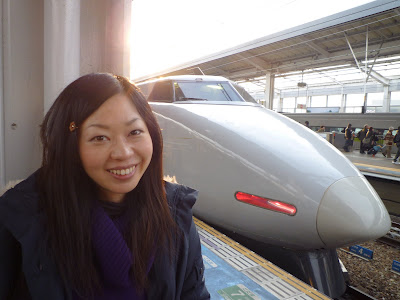 We had a great meal there: 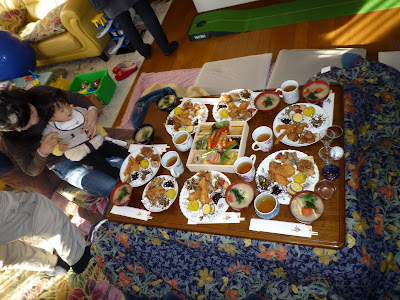 And got to spend some quality time with the family: 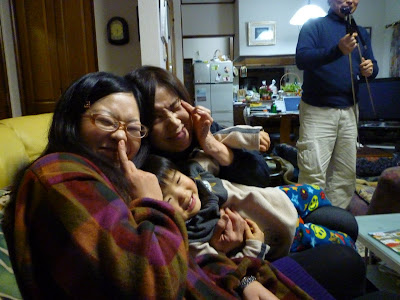 After that we headed back to Fukuoka to ring in the New Year at Hakozaki Shrine. There is a huge festival held there on January 3 each year in which a bunch of near-naked men chase a wooden ball around the shrine grounds while people throw water on them. We showed up to late to see that but went to make a wish for a succesful year anyway. There were a ton of yatai (food stalls) lined up on the long road leading up to the shrine (which was packed with thousands of people) and we stopped at one of the first ones to buy a chocolate banana: 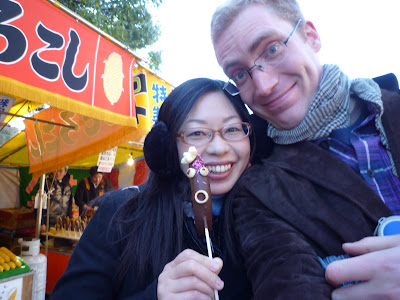 We decided to bring the chocolate banana with us as we made our way towards the shrine proper: 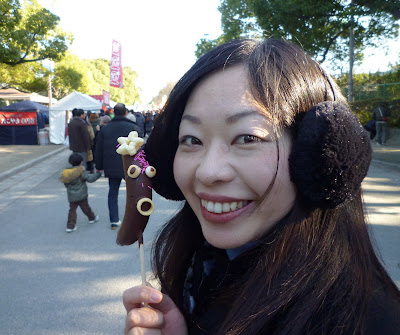 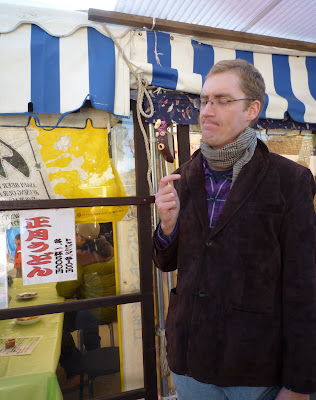 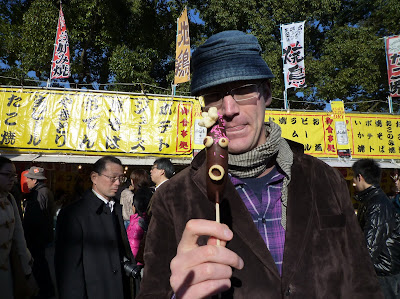 Eventually we got to the end of the line of thousands of people waiting to toss a coin into the Shrine's inner sanctum and make a wish: 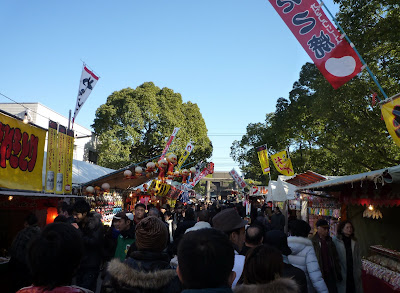 It moved pretty quickly though so we got through the final tori in no time, still with our chocolate banana: 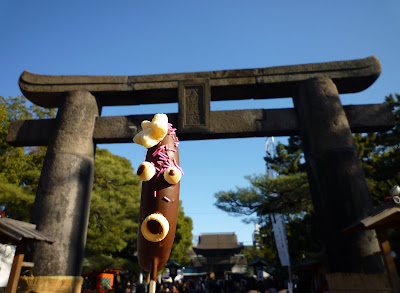 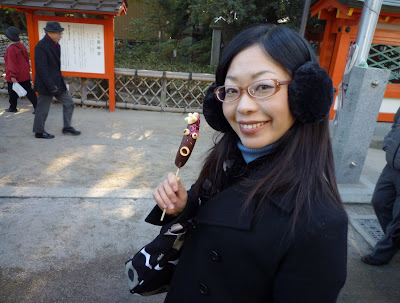 A few minutes later we were in the crowd moving into the Shrine's main building, everyone was quite civil and nobody shoved or anything: 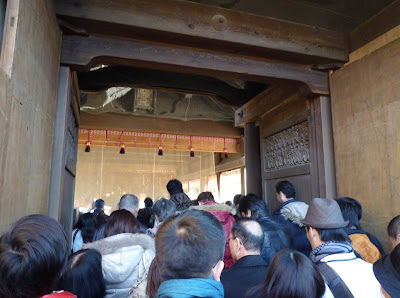 We tossed our coin in and posed for some pictures. I've been to this shrine loads of times but usually you can't get inside this part so it was a bit of a novelty to be there: 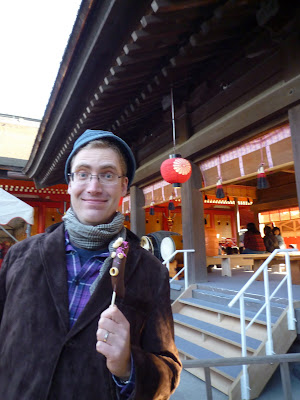 After that we went and got our Omikuji, litte fortunes that they sell for a couple of hundred yen each: 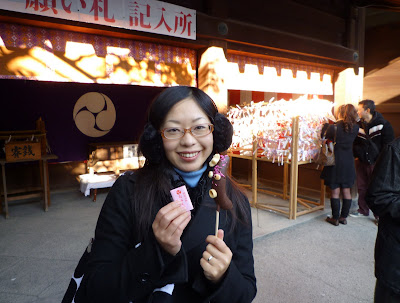 Mine was "Kichi", which is pretty good and Ena's was "Shokichi", which also wasn't too bad: 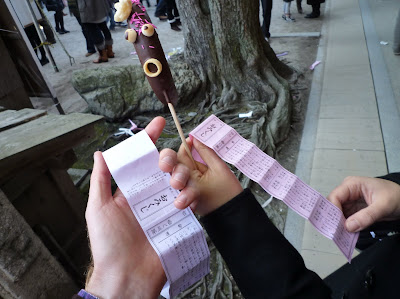 That was pretty much the end of our shrine visit, except for eating our chocolate banana friend. We felt bad to do it, having grown attached to her during our day, but were glad that she got to experience a new year's shrine visit - something few chocolate banana's get to do in their short lives.
Posted by Sean at 1:20 AM