Najima: A (short and incomplete) history

Najima, the little "town" that we live in is today (if I'm perfectly honest) little more than a few rather drab square blocks of Fukuoka's sprawling suburbs. It doesn't have any dramatic coastline or high mountains, nor does it have any particularly interesting sites. It does have an interesting history though. Well, interesting to people like me who live here anyway.

This is how Najima was depicted in the 19th century: 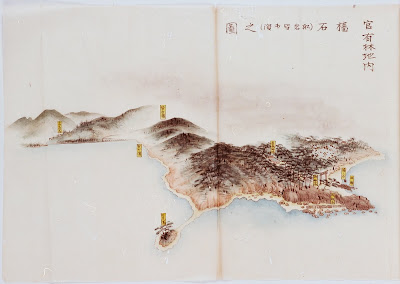 As you can see it was just forested hillside back then. The shrine visible on the right is Najima shrine, which still exists and is just a few minutes walk from our place.

The little island in the foreground has been swallowed up by land reclamation projects and is now just a small hill indistinguishable from the rest of the land.

This here is a print from the Taisho era (1912-1926), which I really like. I've marked Najima's location in roman letters on it: 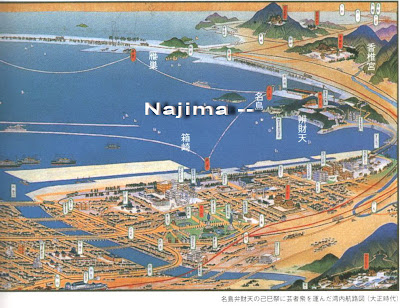 In the foreground you can see Higashi park, Hakozaki shrine and Kyushu University campus, which all look pretty much the same today (except they are surrounded by lots of tall buildings now). Najima on the other hand was still sparsely populated countryside, though the railroad had made it out there by then.

This is an interesting pre-war photograph of Najima: 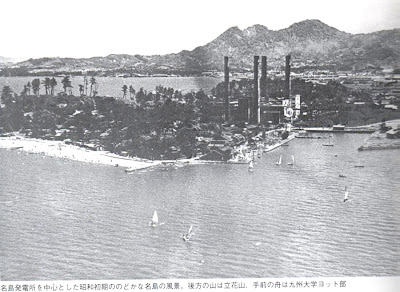 The building with the 4 smokestacks was a steam power plant. It survived the war but no longer exists, there is a park on that location now (the only spot in Najima to go from industrial use to green space rather than the other way around!) The hill immediately behind the power plant is the hill that we now live on.

This is another interesting pre-war photo of Najima: 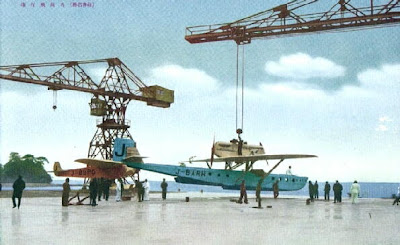 A very interesting photo from the same location is this one from the early 1930s: 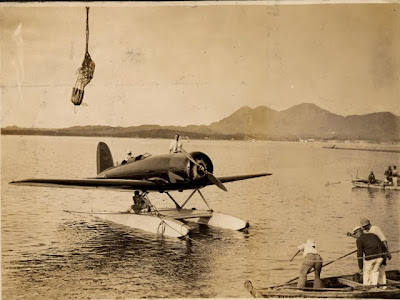 The pilot getting out of the plane is none other than Charles Lindbergh. He came for a little-remembered visit to Fukuoka and landed his plane right here in Najima.

Another important Najima landmark is the Najima bridge, which spans the Tataragawa river. This is what the first Najima bridge looked like in the Meiji era (1868-1912): 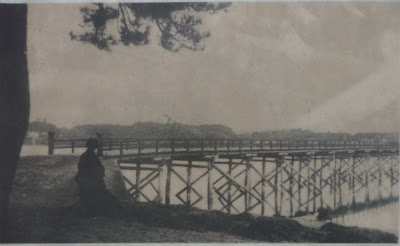 This was later replaced by a stone bridge: 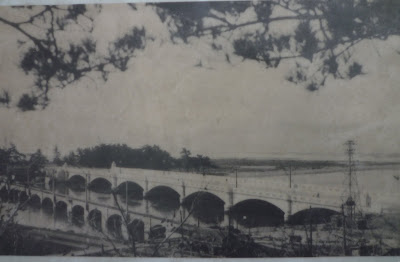 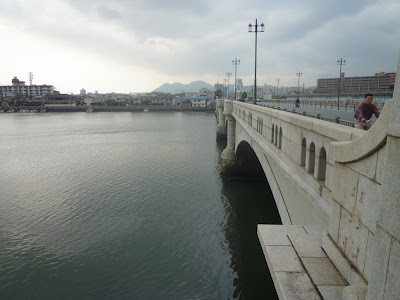 This is probably the most interesting old photo of Najima I've been able to find. It was taken by an American air force plane right after the end of the war as it dropped relief supplies (note the parachutes): 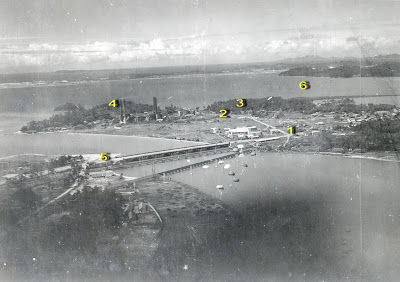 I've numbered a few spots of interest on the above photo to compare with what they look like today. As you can see, even in 1945 Najima was pretty much still open countryside with very few buildings other than the power plant. This is what the numbered points on there look like now: 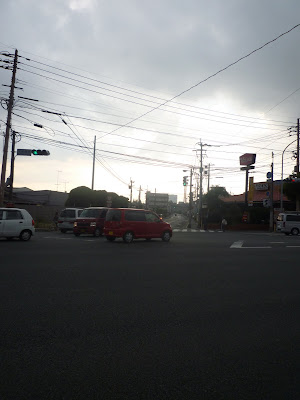 2. These are just some old houses. I include them because after doing a ride around I believe these are the last buildings in the 1945 picture which are still standing: 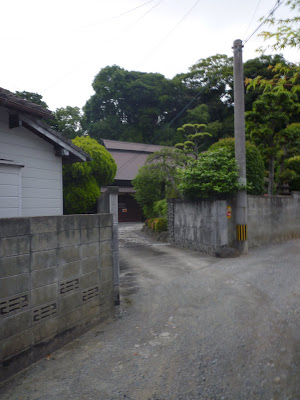 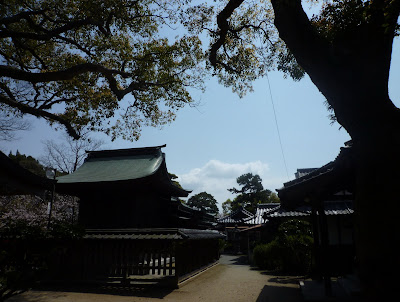 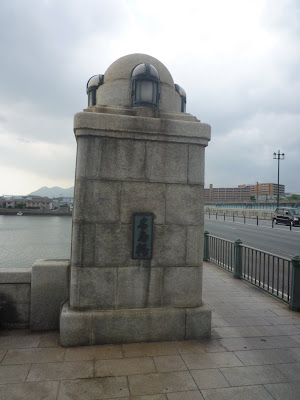 6: Technically not in Najima, but that is where "Island City", the biggest land reclamation project in Fukuoka, now sits. The biggest site there, visible from miles around, is Island City Tower: 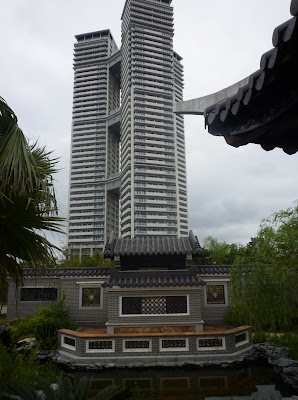 So despite being little more than a few blocks of uninspired urbanscape that people zip past on the train on their way into central Fukuoka, Najima does have a bit of an interesting past.
Posted by Sean at 3:55 AM

Email ThisBlogThis!Share to TwitterShare to FacebookShare to Pinterest
Labels: Najima