The Eastern most point of the Mongol Empire

I took a 7 hour bike ride today, which has left me exhausted. It was a lot of fun though, I went WAY out to the opposite end of Fukuoka, about 20km away. I didn't have any specific plan in mind but ended up taking a lot of sites related to the attempted invasions of Japan by the Mongols in 1274 and 1281 AD.

I first started at Higashi park, which is actually not far from our place. It has a large statue of Nichiren, a 13th century Buddhist monk somehow involved of all of this: 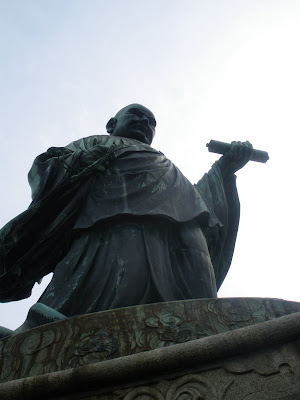 I then cycled all the way out to Iki no Matsubara, which is west of Fukuoka. This is where the Japanese defenders built a 20km wall along the coast to repel the Mongols. They actually built it between invasions, so it only played a part in repelling the 1281 attack. This is the wall: 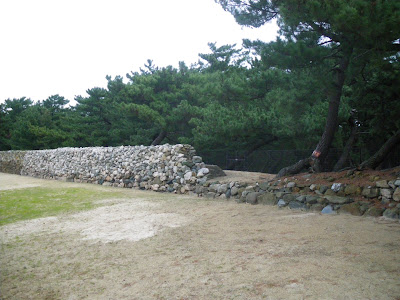 The wall itself isn't much to look at, but the scenery around it is quite nice. This is what the samurai defending the wall would have looked out on, waiting for the Mongols: 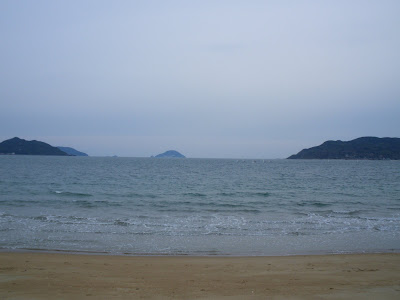 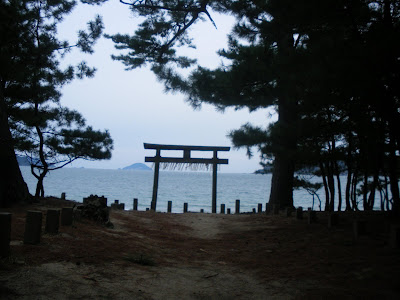 The beach it is one is quite nice too, with lots of pine trees: 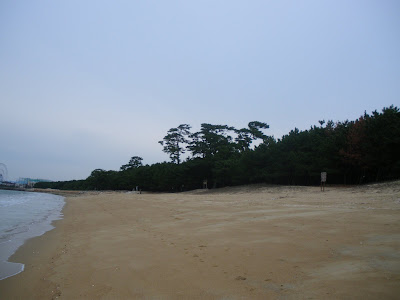