I ended up cycling all the way to Shikanoshima again today, only this time with 20 friends in tow! We all got together at the suggestion of my Ukrainian friend Oleg to go to Uminonakamichi and after we got there decided to go to the island that I had been telling everyone about. Unfortunately Ena was busy again today and couldn't make it (though she's joining us for dinner), otherwise it would have been a perfect day. This is the group photo (except for me because I took the picture) at Uminonakamichi (the amusement park): 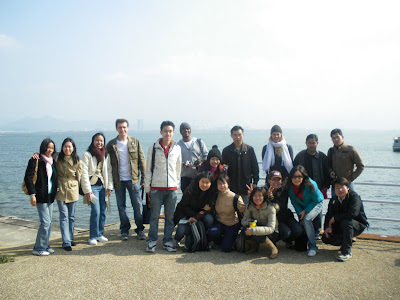 This is a couple of smaller group photos from later at the beach near Shikanoshima. It was sunny and the temperature got up to about 20, which is crazy for February. We literally could have gone swimming if we had brought our swimsuits and towels (the water was warm too)!: 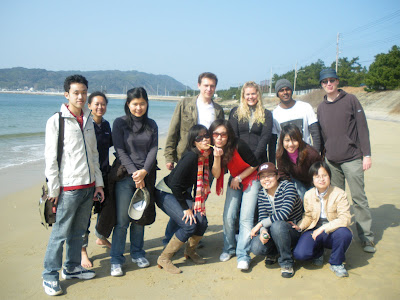 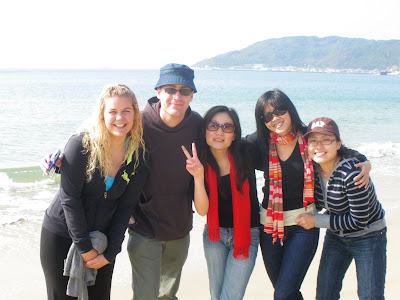 Then we went up to the temple on the island with the plum blossoms: 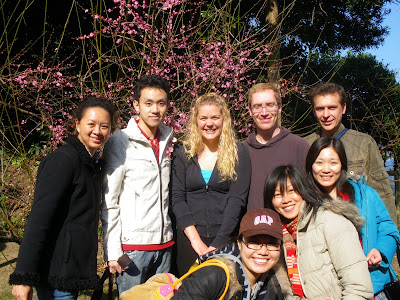 This is me getting robbed. I was just about to eat this shellfish when Tai Ching, my classmate, decided she wanted it and tried to steal it from right off my chopsticks. Fortunately I was able to defend myself and eat it: 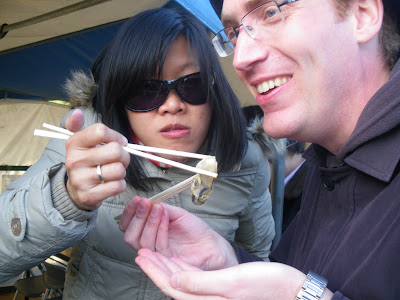