Today was my first day after exams finished and it was a beautiful sunny, warm day so I decided to take my most ambitious bicycle ride yet. Ena had to go into work so I was on my own, but I rode my bike all the way to Shikinoshima, which is an island connected to the mainland by a really narrow spit of land. It was about a 2 hour ride but it was well worth it. The ride took me across Island city, which is a large artificial island near our place that is currently the site of a half-built mini city that is quite nice. I also passed by Uminonakamichi, which is a huge amusement park. I didn't stop at either though and just kept on riding until I got to the island. This is the spit of land that connects it to the mainland, you can see its only about 30 or 40 metres wide with the sea on both sides. The water on the left is Hakata Bay, the water on the right is the open Pacific Ocean (well, actually I suppose technically its the Sea of Japan): 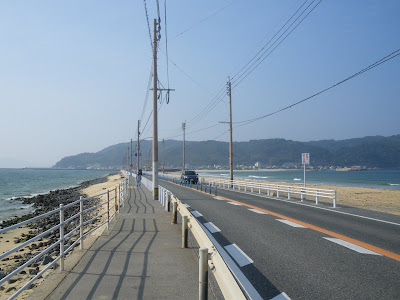 There are miles and miles of beautiful sandy beaches leading up to Shikanoshima with some really excellent views: 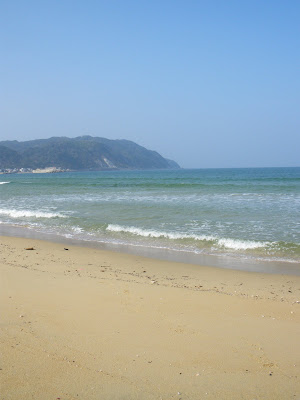 Me on the beach: 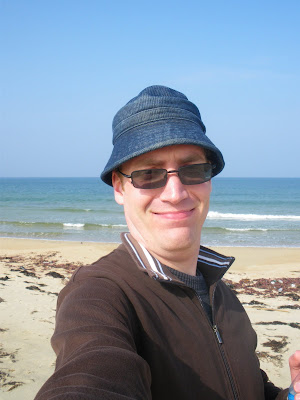 Unfortunately it took me so long to get there (and I had to get back to town by 4 to meet some friends) that I didn't get much of a chance to explore the island. I did however manage to take in this Temple, which had a plum tree in blossom overlooking the Ocean: 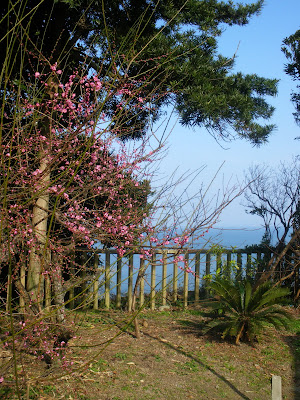 A little further exploration turned up this nice waterfall: 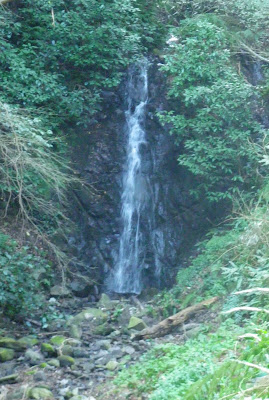 I'm definitely going to go back there with Ena sometime to explore the whole island, probably in the spring though!
Posted by Sean at 4:50 AM

Email ThisBlogThis!Share to TwitterShare to FacebookShare to Pinterest
Labels: Fukuoka by Bicycle, Shikanoshima