Back to the dam

Ena and I and a bunch of friends went on a bike ride today. First we went to the Kashi shrine: 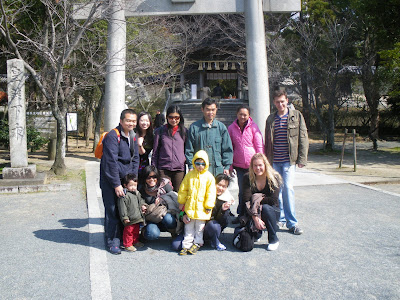 They have a chicken at the shrine. I don't know why. Ena got a little too close: 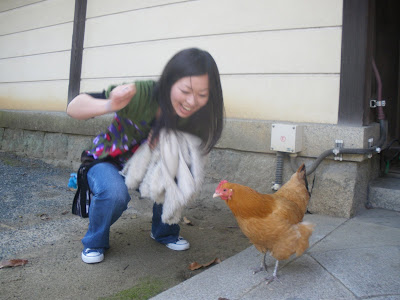 Then we went to the Nagahama dam, which has the reservoir that I had visited by myself in December when Ena was away. It was a nice day, warm and sunny: 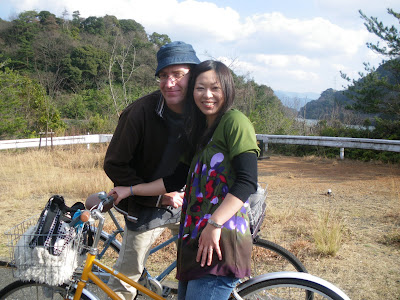 Here is Ena at the dam not picking her nose: 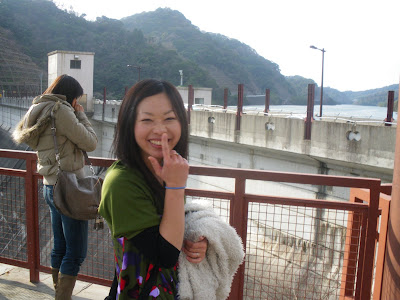 On the way back three of our group got stuck between when the railway barriers came down too quickly. Instead of trying to get out they patiently waited for the train to come until several passing motorists, traumatized by the scene, got out of their vehicles and helped them get out. In the meantime they posed for a photo: 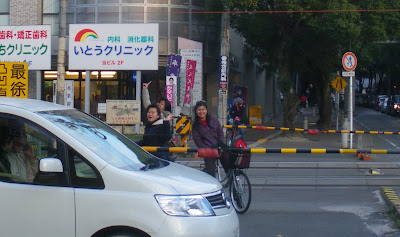