I got a new bike last week. It is a cross-over, which means it is half mountain bike and half little old lady bike. I like it a lot. This is it: 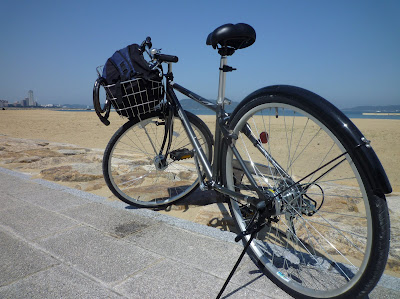 I had a lot of fun on the old one but it was starting to fall apart and I figure it'd be nice to have a bike with actual gears on some of these 70-80km bike rides I've been making.

Today was a trial run. I went all the way to Keya Oto, which is insanely far (almost to Karatsu). It is on the far side of a big penninsula jutting into the Sea of Japan west of Fukuoka which I had never been to by bike before. I started off early.

It was kind of a pain because first I had to pedal all the way to the other side of the city just to get to the start of today's trip. I started off from Ikinomatsubara (where the ruins of the wall from the Mongol invasion is) and is near where the Ito penninsula meets the 'mainland'.

There are a lot of mountains on the penninsula, and I climbed one of the smaller ones - Imayama - near the beginning of my ride, it had a pretty good view from the top: 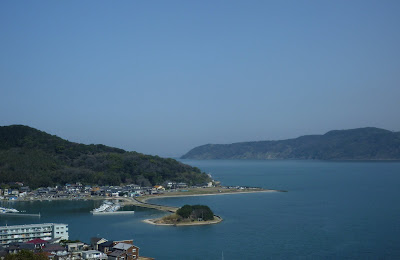 From there I got onto this really great road that followed the coastline all around the penninsula. I rode along this for a few hours. The first big sight was Bishamon, a mountain with a sharp cliff face that overlooks the sea: 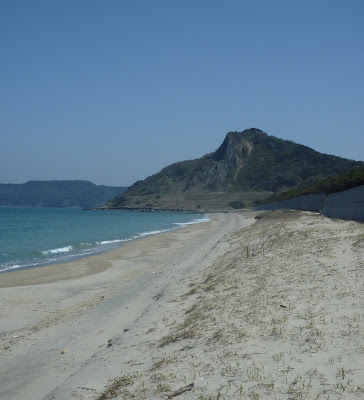 There is a temple on top, but I didn't make the climb.

The road carried along the coast with some other nice scenery: I came across another part of the Mongol invasion wall they had unearthed. This fortification was the extreme left flank of the Japanese defence during the 1281 invasion: 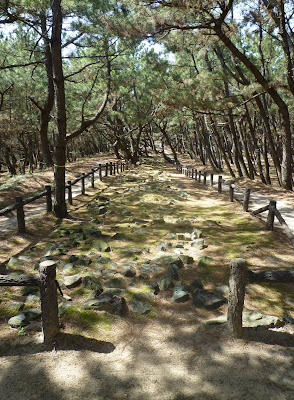 Well, there was more of it back then, most of it has been buried under the sands over the centuries so that only a few rocks are visible.

Other interesting sights included some goats clearing a field: 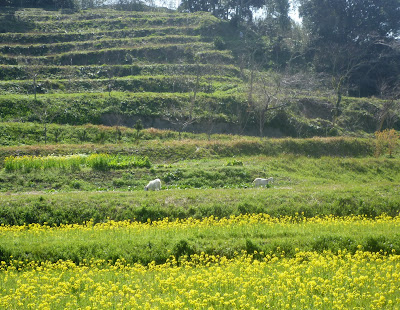 And a little palm tree forest: 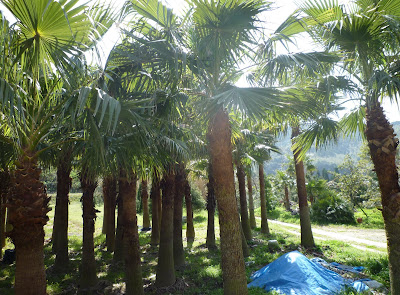 The next big "name" sight I came to was Futamigaura, these two rocks jutting out of the water: 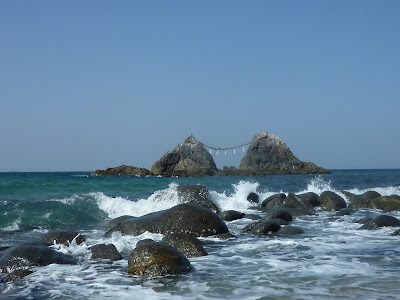 The rope between them indicates that it is a holy place under the shinto religion. There is also a Tori shrine gate in front of it: 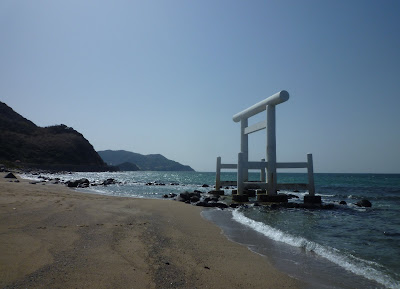 A little while after Futamigaura the road forked inland a bit and I road through some farm fields and mountain scenery: 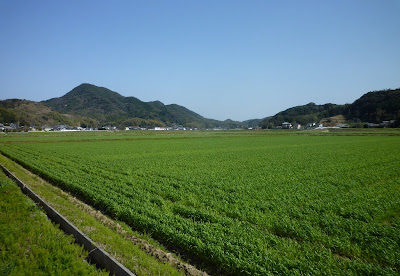 After about5 hours of cycling I finally came to my destination, Keya Oto or in English the great cave of Keya.

This is a very famous local site, its a cave with lots of unusual rock formations. Unfortunately you can't see the cave from the land, it opens up on the ocean side and the only way to see it is to take a little boat that goes into the cave. I didn't have time to do that, so I couldn't see the cave itself. Nonetheless I could see how unusual the rock formations on the mountain were: 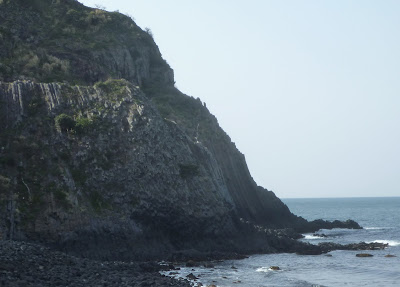 I climbed up to the top of the little mountain, which I decided would mark the end of my long journey. This was the view from the top looking west towards Karatsu: 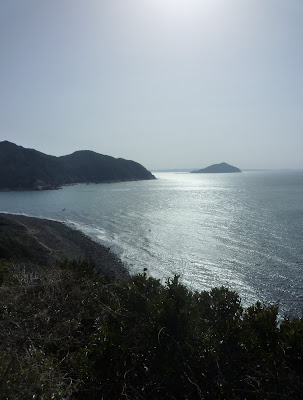 And looking towards the cave (which can't be seen): 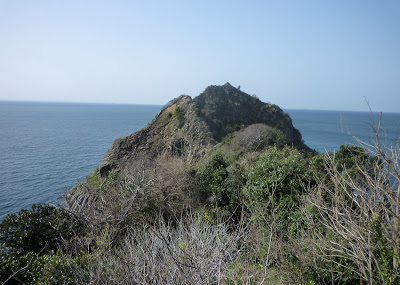 The problem with making these insanely long bike rides (as the crow flies Keya Oto is about 35km from our house, though with the winding roads I probably road closer to 50 to get there) is that after you get where you are going you then have to make the same trip again just to get back home. Its always a let down to get where you are going because that means the long, boring ride home is about to begin. The ride out there is way funner.

Anyway, by the time I got home I felt like my legs were about to fall off.