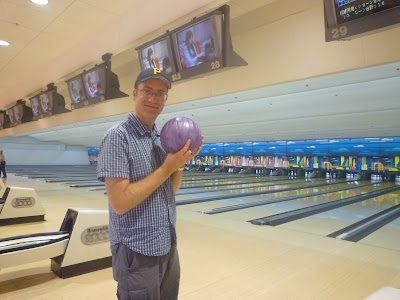 We had a rainy weekend and decided to do some indoor stuff. Off to the bowling alley we went.

Ena's mood while bowling varies with the color of the ball. Red is serious: 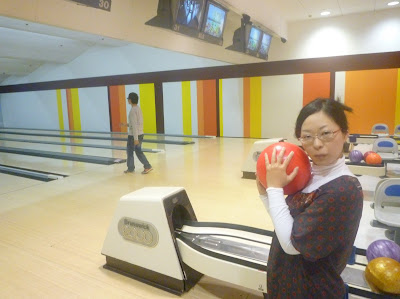 While gold is happy: 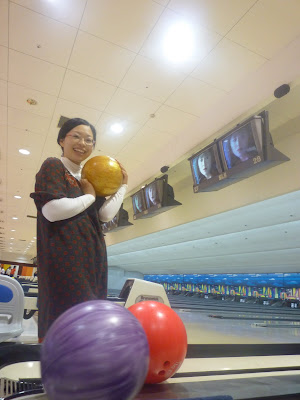 We both worked on our form: 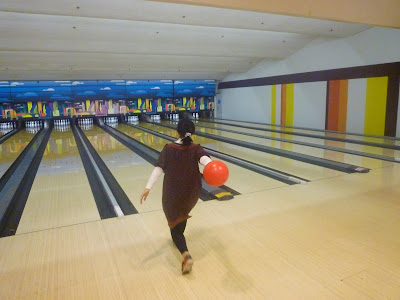 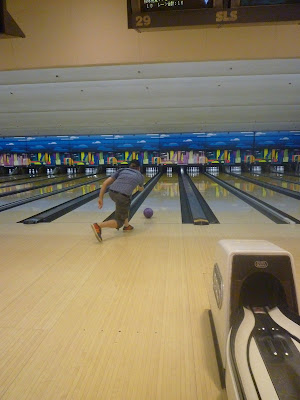 And Ena got her first strike in the 4th frame: 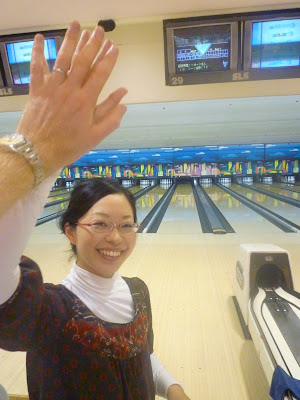 We played two games, I bowled a 194 in the second, which is my high score in 10 pin. Ena for her part proved exceptionally talented at setting up spares, improving her score dramatically in the second game, and we both had a great time.

The bowling alley also has batting cages and they gave us a 2 for 1 deal. In an effort to avoid embarrassment I meekly strode right past the "140 kmh" cage and directly to the "72kmh" one, where I was at least able to make contact with most of the pitches: 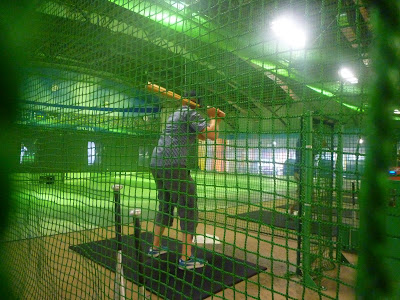 Ena didn't take any swings but did pose for a photo in her batting stance. She reminds me of a young Cincinnati Reds outfielder named Eric Davis from the late 80s, though I suspect this may have been coincidental rather than a conscious attempt on her part to replicate his stance: 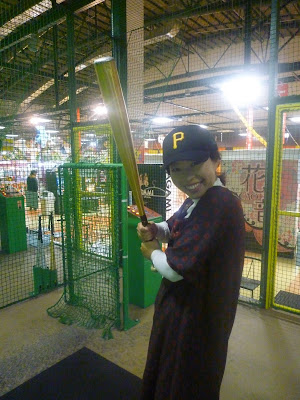 I also posed for a baseball card type shot: 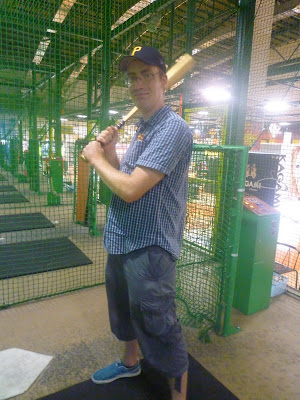 My body, incidentally, is almost completely immobile today. I haven't played baseball regularly in about 15 years and, it turns out, haven't used most of the muscles needed to swing a bat in that time.
Posted by Sean at 6:12 PM

Did you not post Ena's bowling score because she kicked your butt? :o)