For a few months this summer I watched as week by week construction progressed on a new building on a busy street in Tenjin. It wasn't until the scaffolding came down a couple months ago that I realized what they were building: A temple for one of Fukuoka's most financially prosperous Religious Cults. 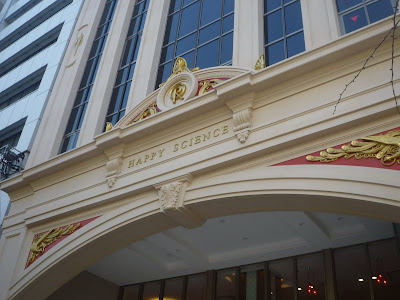 This is an odd group, founded in the 80s by a guy claiming he could speak to the dead and had conversations with Mozart, Jesus, Buddha, Confuscious and Muhammed who all told him one thing: "Japan is the world's greatest power and should ditch its Constitution, rearm and lead the world." (quoted from article by David McNeill).

Anyway, ignoring for the moment the bone-chilling political rhetoric and the fact that the organization may be nothing more than a giant money vacuum being used to drain its followers dry, what I really want to talk about is this bloody awful building they've inflicted on us. 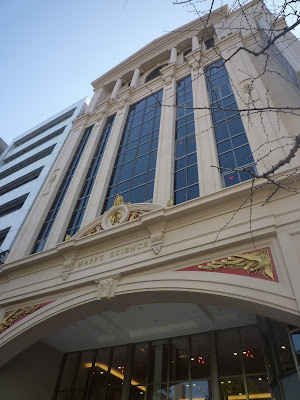 This thing is almost too ugly to be worth mocking. Combining classical features done in cheap plastic siding with windows and interior decor a-la dentist office waiting room: 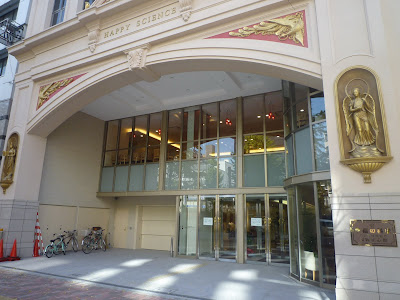 What kind of megalomaniac do you have to be to put "Mr. Burns - ian" stuff like this on the exterior of a building in a non-ironic way: 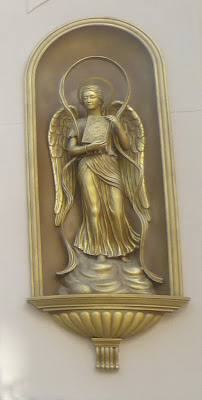 What is it with these bloody cult leaders? Do none of them have any taste at all? Gold-colored religious statuary is SO 1974.

I mean, c'mon, guys. Where is your sense of decency? The rest of us have to look at this ugly crap you build every day as we pass it by. Do you never stop to consider us little guys when you are brainwas....er..."encouraging" your followers into spending thousands of dollars on gold-framed portraits of yourselves?

No, obviously you do not. Otherwise you wouldn't have put this: 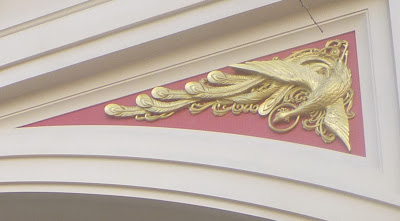 On the facade of a building that I have to look at with my bare eyes every Saturday afternoon.

Try living in Central Virginia. Poorly executed Neo-Classical crap all over the place, there's no escaping it.