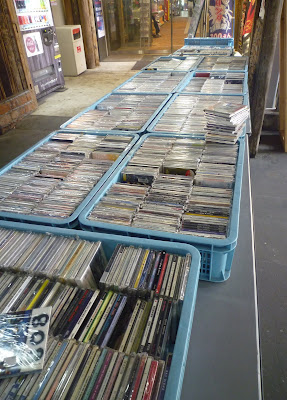 I accumulated about 300 of them, mostly from used shops, between 1993 and 2001. They were an important part of my identity back then. I would proudly display them in my apartment on whatever shelf space I had. "Look everybody. CCR, Radiohead, Bob Dylan, Primal Scream, Pearl Jam. Not a Dance compilation album in sight. Please judge me based on these" was the message I put out to guests.

Then, abruptly, 2001 came along and I stopped buying CDs completely. Unlike most I didn't stop because of the ease of downloading, which I've never really taken to. I just reached a point where I had pretty much all the albums I wanted. And I didn't really like any new bands. So I vowed to arrest the development of my musical tastes. What existed in 2001 was what I liked. No need for anything else.

Of course the fact that CDs cost 20 times more than what they cost to produce also played a role in this decision.

Anyway, this all changed this afternoon for me as I was at Omocha Souko, the cathedral of crap that I love so. They had put out crate upon crate of used CDs at the exact right price point with which to coaxe me out of my self-imposed CD-purchasing exile: 10 yen (10 cents) each. 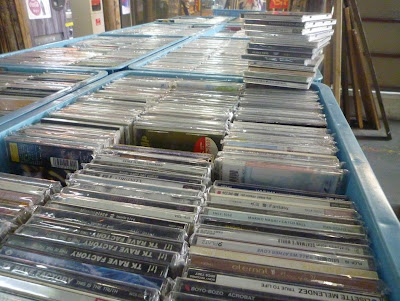 Seeing these crates really brought me back. It was 1996 again. An Ottawa winter. I had my geeky big-frame glasses and army haircut back. Flannel shirt and blue jeans. Wait, some of that stuff describes how I still look. Anyway, it brought me back. I used to love scouring used CD bins for good albums back then.

And I would again today: the day of the used CD sale.

I find it refreshing to discover that 14 years and 10,000 miles distant from the CD sales of Sean lore, the composition of bargain CD bins is more or less the same. There are a number of well represented genres inevitably to be found. They include such notables as:

Album of an 80s one hit wonder band that does not include their one hit: 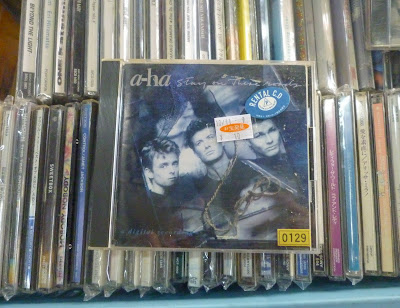 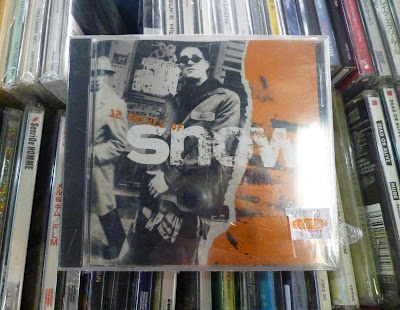 Album of 80s teen pop idol who we haven't heard from in a while: 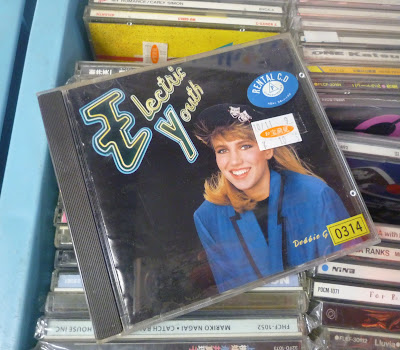 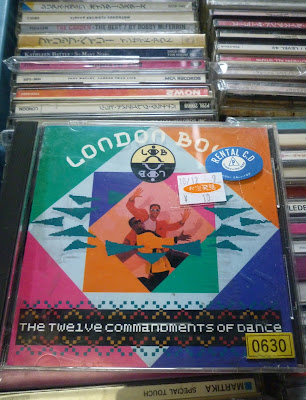 Album of Asian teen idol group with WAY too many members: 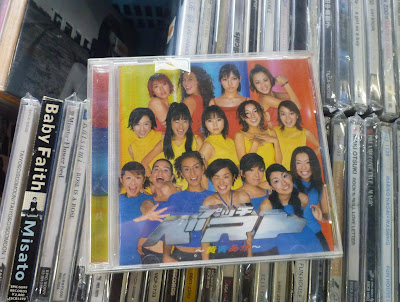 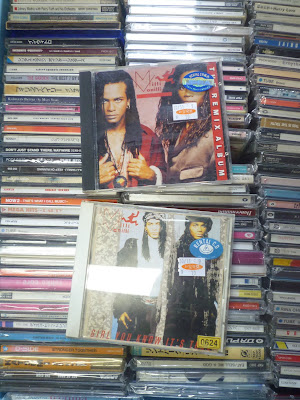 It kind of brought a sentimental tear to my eye to see all these lovelies together again after such a long absence from my life.

It feels a bit different now than it did in the 90s though. Not a soul was to be seen expressing the slightest interest in them even at the price of 10 yen in the whole hour I spent there. If used CDs had existed during the golden age of Athens, their stories would undoubtedly have provided the classic playwrights with ample fodder for their epic tragedies . Euripides might have done something imaginative with them.

The ephemeral nature of success. Hubris. Parachute pants. Its all there.

Anyway, after about an hour of scouring the bins I made my way to the register with 140 yen ($1.40) worth of merchandise: 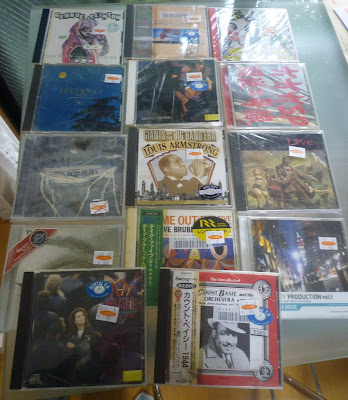 Note the dance compilation album in there, second row far right. Oh how times have changed.

Or not. On popping it in for a listen I discover it to be just awful. Aural pain. I may actually bring it back to the store and just toss it back into the bin.

Otherwise though, some relatively safe selections. There is an album of Japanese punk bands torturing out a tribute to Nirvana's catalogue in there. It is either trash or the greatest thing I have ever purchased. I can't decide.

Pat Benatar is serenading me as I type this. The sun sets on a cold Fukuoka December afternoon and all is well with the world again.

Thinking it would be wholly unimaginative of my not to buy at least one Japanese album, I grabbed this one: 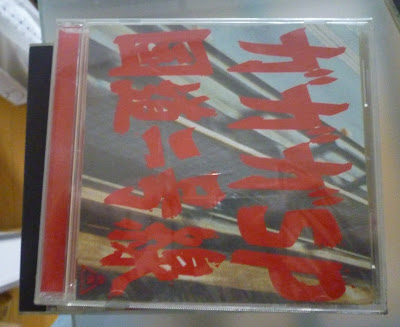 Never heard of them, but the title of the single is "Kokudo Nigosen", the name of an old 2 lane highway running through the Kansai region that, coincidentally, I used to live on from 1999-2000.

This is your best post ever. Good work on the George Michael but I think you will live to regret buying that "Live" album even at 10 cents. Your description of 1996 you is exactly how you exist in my memories...

10 cents may indeed be a bit overpriced for a 'Live' album.

1996 was a lovely year wasn't it? Remember how much I used to know about Pearl Jam back then? Lovely year, that.

I intend to go back to that CD sale today on the hunt for a Neil Diamond album should they have one. Your contribution to my CD purchasing renaissance.