Ena and I went with the agent today to meet the landlord of the apartment we want to rent. A formal meeting is part of the process of getting an apartment here. They were quite nice and we were very surprised to learn that his wife (who was also at the meeting) had lived in Victoria for two years. Even more of a coincidence was that she had worked in the same shop in the Empress Hotel that Ena did (a few years earlier) and they even knew some of the same people. Quite a small world.

While we were there (they live next door to the apartment) I took a few pictures of the place. This is the building, ours is the second from the left (with the white sign posted on the door): 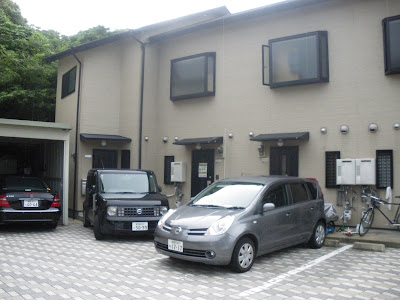 Unfortunately the pictures of the interior don't really give it justice but this is the kitchen/dining room: 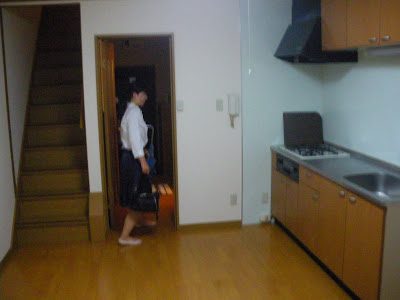 And the loft in the second floor: 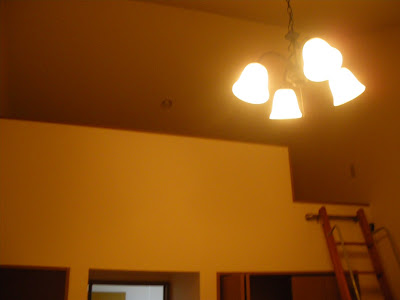 This is the view from the second floor balcony (the building backs onto a forested slope): 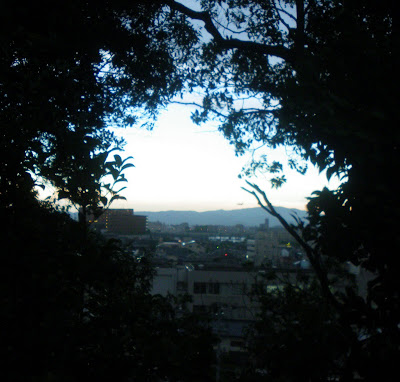 In front of the building is a really quiet neighborhood with some gardens, this is next door (its hard to believe that I took this picture in the middle of the city, it feels like we are in the countryside but within about 50 metres of this picture is the usual urban landscape): 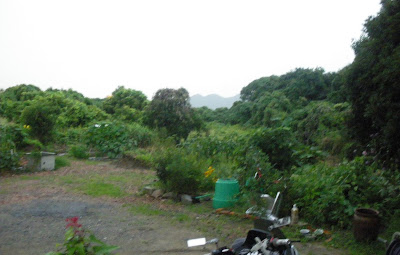 We are looking forward to moving in at the end of next month!
Posted by Sean at 4:28 AM