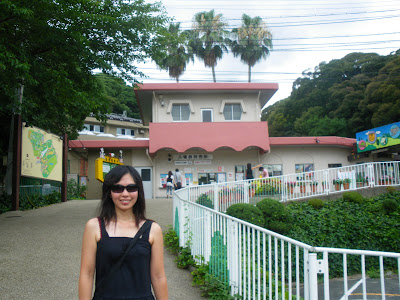 Ena and I took a trip to the Fukuoka zoo today. This is by no means a world-class zoo (well, not that I would know what a world class zoo is but....) but for the 400 yen admission we can't complain.

The zoo has your regular lineup of rhino, giraffe and other exotic animals like this zebra: 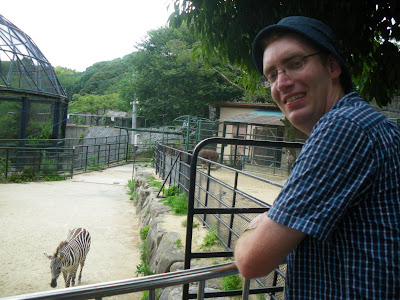 Far and away the most interesting though are the chimpanzees. They have a large climbing-set built for them to jump around on: 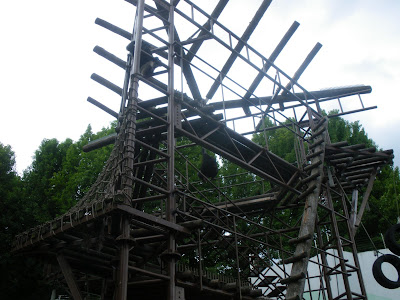 The best part of the chimpanzees though is that there are signs all around warning people that the chimpanzees will throw their poo at you so be careful (which is what this sign says. The letters in red are the Japanese word for "poo"): 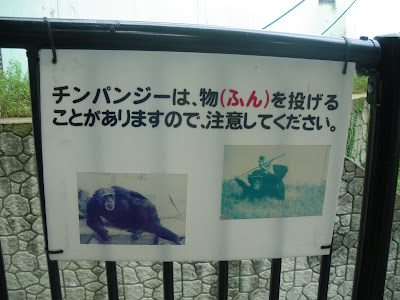 After seeing this I took a look around and sure enough, not 2 metres away from the sign I found chimpanzee poo on the walkway: 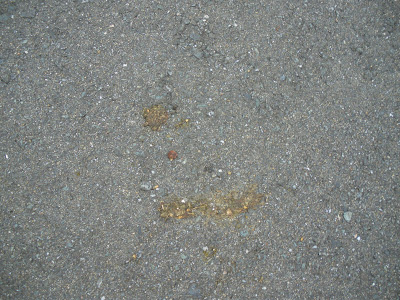 Fortunately we didn't get any poo thrown at us, but I did manage to communicate with one. Well, maybe communicate isn't the right word. I looked at him and he looked back with an inquisitive look. He paused for a moment and then tilted his head back and spit a massive ball of phlegm right at me. Fortunately his shot landed short and I didn't get any on me, but it certainly made my day.

After leaving the zoo we went to a little park with a viewing platform over the city: 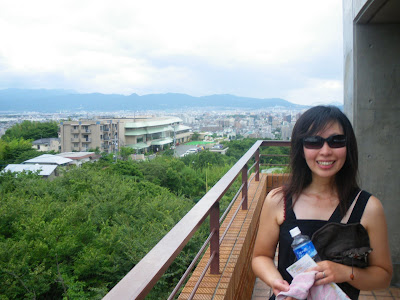 I have to admit that the mountains in western Fukuoka are more attractive than out where we live in the east end of town: 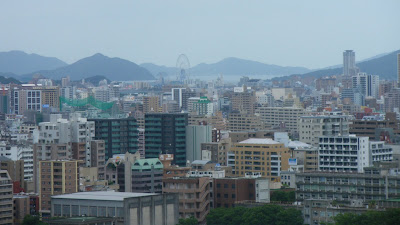