Ena and I got up at 3AM this morning to watch the Yamakasa festival downtown with a bunch of friends. It was a lot of fun despite the early start! Above is a video I took of the biggest mikoshi being wheeled around by the participants, it was quite a nice site. This is the biggest festival in Fukuoka.

It was still dark out when we got to the festival, which started at 4:59AM: 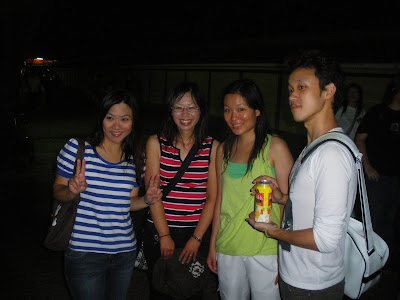 There were 7 giant mikoshi that got carried around downtown, they were quite brilliantly colorful: 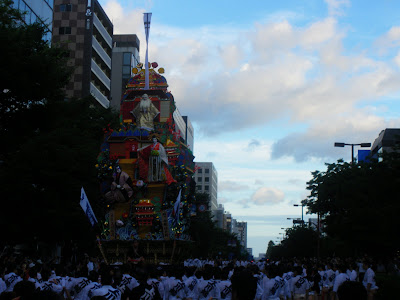 We staked out a spot in front of a temple where the priests blessed the participants as they came by: 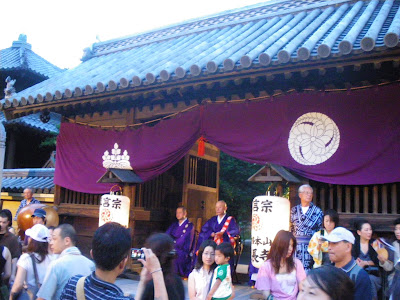 By 6AM the festival was over and the street was opened to traffic again: 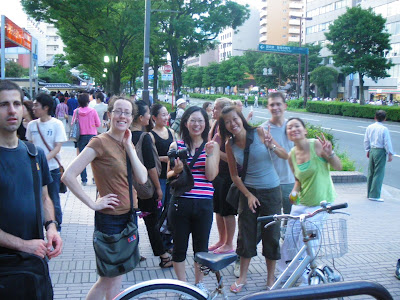 Half my classmates had to go to school for class today but fortunately I had a day off!