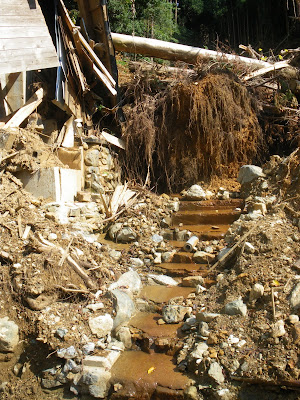 Back in March when I was cycling around I stumbled on Sasaguri, a little town with a bunch of quaint temples that at the time I described as one of the most enjoyable places in Japan I had ever visited (you can see my earlier blog posts about Sasaguri by clicking the "Sasaguri" link on the right).

Yesterday I finally got the chance to take my friends on a group bike trip there - the last bike trip that we'll be able to take together as they are all going home at the end of this week.

Unfortunately what I didn't know was that during the torrential rainfall that happened here a couple months ago a number of powerful landslides struck Sasaguri and devastated some of the most picturesque temples that I had visited in March.

This is a picture I took of one of the temples back in March, note the little statue of a seated Buddha behind the red thing: 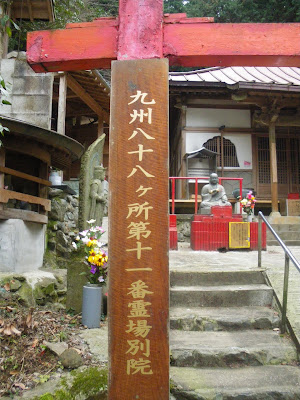 This is that same statue yesterday, fished from the rubble. All the temple buildings that had surrounded it were completely destroyed: 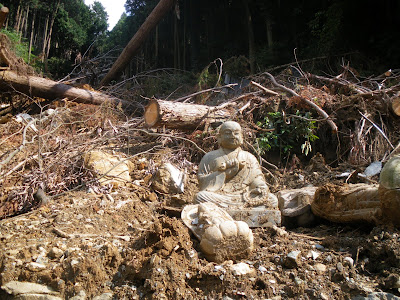 These are 3 more pictures of the same temple that I took in March, it was a really beautiful little place:
href="http://1.bp.blogspot.com/_Z6v8XxPGfWs/Sq23_9miEdI/AAAAAAAABhY/2yAEs2o6Q0/s1600-h/IMGP1582.jpg"> 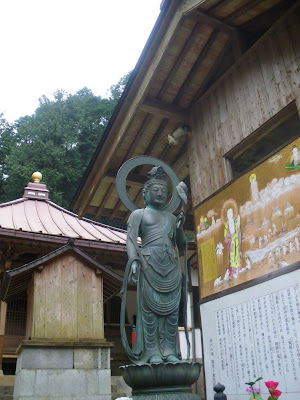 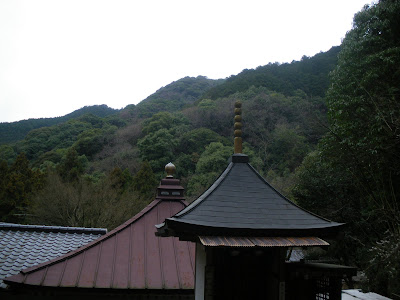 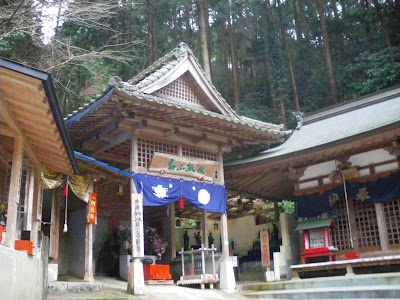 And three more pictures of what it looks like today: 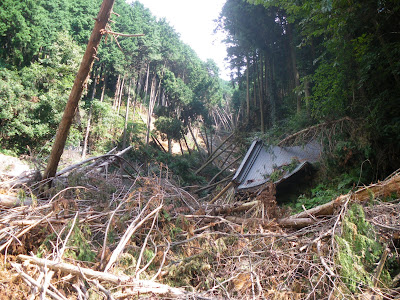 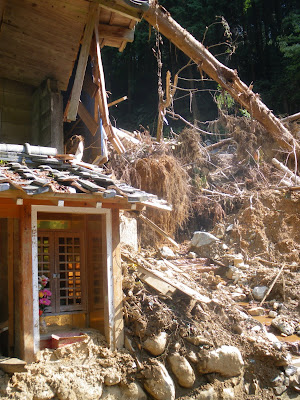 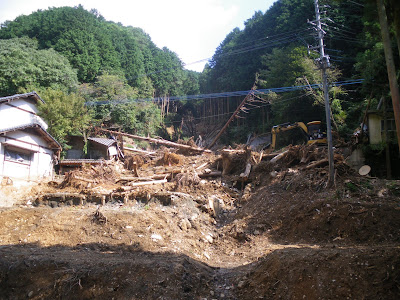 This is another temple that was hit badly by the landslides: 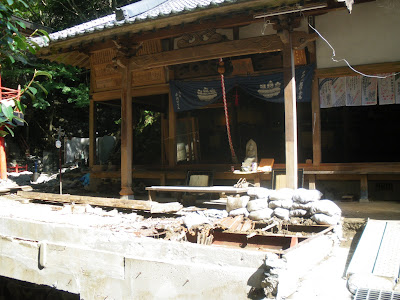 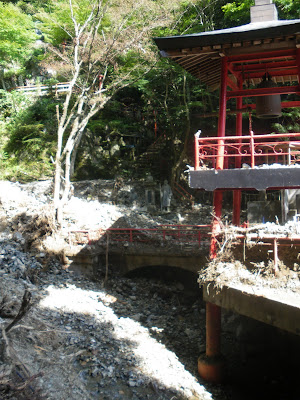 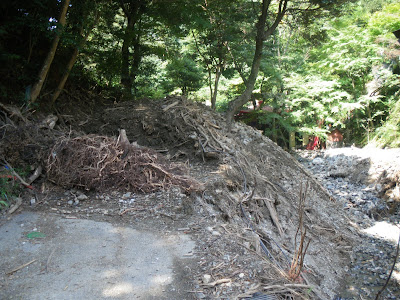 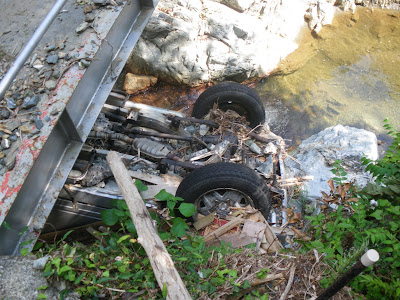 This was really quite tragic as this little road into the mountains was one of the prettiest places I've found in my travels. Actually, I should say that it was quite tragic as two people were killed in that landslide which, in addition to wiping out the temple buildings, also destroyed a house. I hope they'll be able to rebuild.
Posted by Sean at 8:13 PM