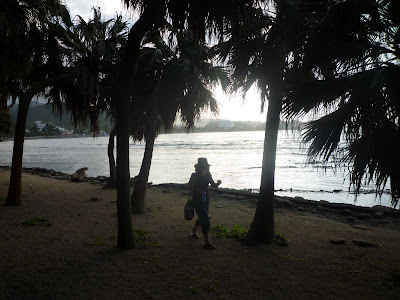 Ena and I had our little summer holiday this week and spent 3 days down in lovely Miyazaki. Miyazaki is on the southern part of Kyushu Island and, though its only a 4 hour bus ride, has a significantly milder climate than Fukuoka. It gets warm currents from the south Pacific and the water off the coast is about as warm as it is in Okinawa hundreds of kilometres further south.

We stayed in a hotel downtown. Miyazaki is the capital city of Miyazaki prefecture and our hotel was right next to the prefectural government building, which is something of a tourist attraction in itself: 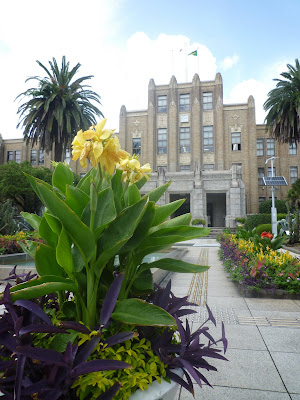 We arrived in town at about noon, having taken an early morning bus from Fukuoka. We decided to go hit one of Miyazaki's most famous sites, Aoshima: 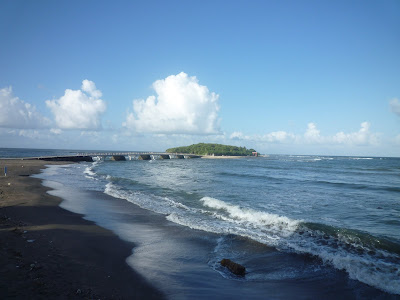 Aoshima is an interesting little island just off the coast about a 25 minute train ride from downtown Miyazaki. It is no ordinary island but has quite a few interesting features. The first are these: 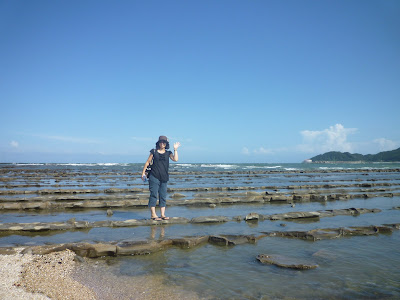 The island is completely surrounded by these long rocky strips called the "devil's washboard." Actually these types of formations are found all over the coast off of Miyazaki and it is rather mesmerizing to watch the waves crash over them. This is what they look like close up: 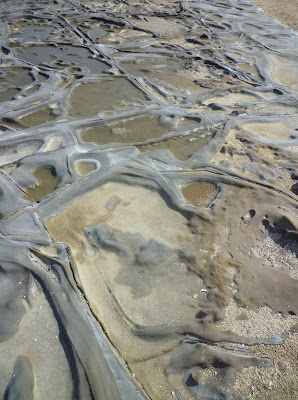 The next interesting thing about Aoshima is its shrine, which has the only buildings on the island: 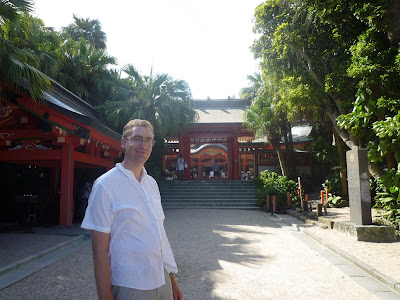 Its not particularly big but its quite attractive. You walk straight up from the beach to it and you can see the ocean from the front gate, which has a ton of good luck charms for sale: 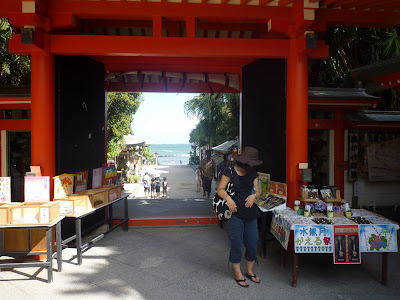 The next interesting thing about Aoshima is that the forest that covers it is almost entirely made up of palm trees: 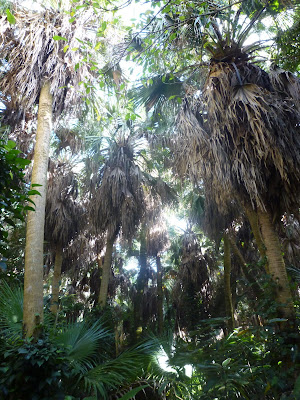 There are palm trees all over Kyushu, in Fukuoka as well, but this is the first time I've come across a palm tree forest growing naturally in Japan. It is quite attractive.

The final interesting little thing about Aoshima is this: 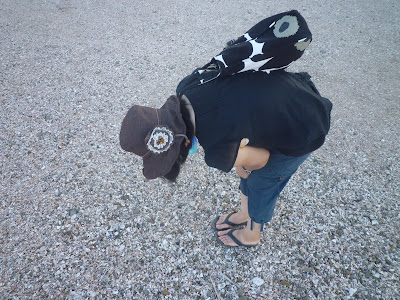 Well, not just Ena, but what she is standing on. The island is made of billions and billions of seashells that got washed onto the devil's washboard.

There is also a great beach at Aoshima: 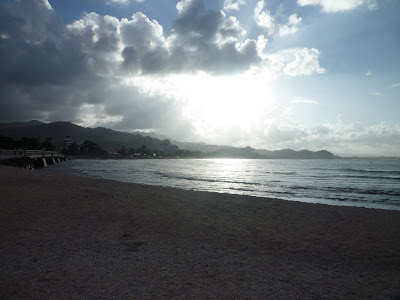 I did a bit of swimming after we visited the shrine: 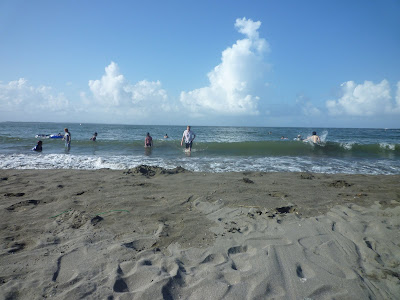 After spending the day in Aoshima we retired to Miyazaki city's bustling nightlife and had dinner at a Mexican restaurant: 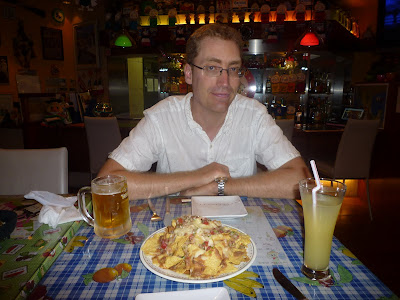 After that, back to the hotel to rest our feet for the next day ahead of us!
Posted by Sean at 6:18 AM