Ena and I went hiking on Shikanoshima Island today. The weather was great, 25 and sunny. I've been to Shikanoshima several times as detailed elsewhere in this blog but this was the first time to explore the mountains. We followed a little road that took us past some really fantastic scenery: 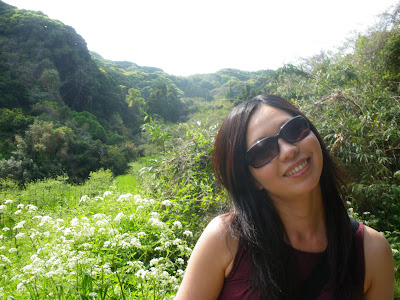 Wysteria grows wild all over the island and the purple flowers were in full bloom and looked great.

We followed some side trails into the woods to find a little shrine that was dedicated to the memory of the victory over the Mongols in 1281. During that invasion the Mongols actually landed on Shikanoshima and probably did all sorts of bad stuff to the locals. The island is littered with little shrines commemorating various things related to the Mongol invasion. This is us on one of the side trails looking for one of them: 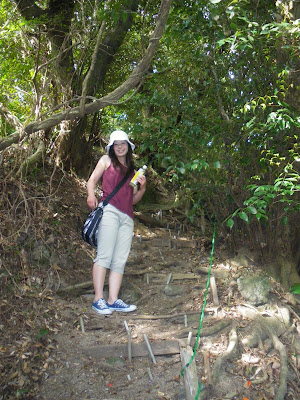 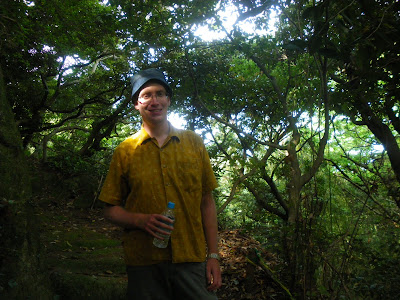 We got back on the main route, which turned into a pretty cobble stoned lane winding into the woods: 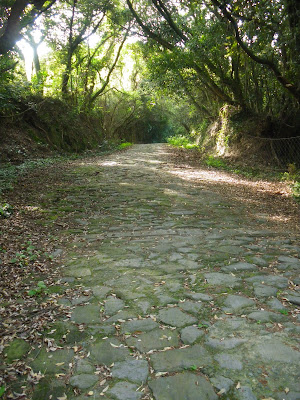 One problem with hiking in the mountains in Japan is that invariably some dirtbag has ditched a bunch of garbage in the woods. This time we passed a pretty big piece of junk, a car that had been abandoned for quite some time: 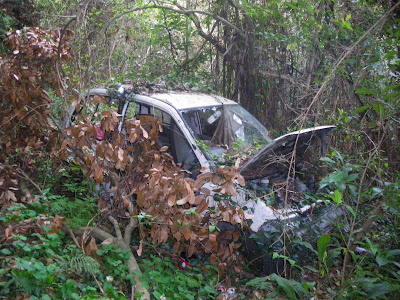 When we got to the top of one of the mountains in the middle of the island the views were spectacular. This is the view of the spit of land that connects Shikanoshima to the mainland (ie the way we came!): 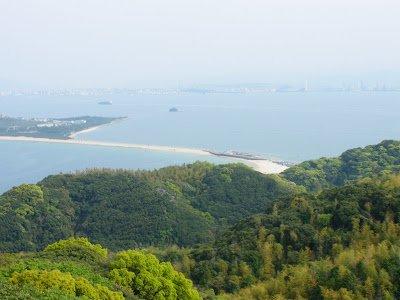 This is the view over Hakata Bay, Nokonoshima island is on the left:

There was a viewing platform that we took some pictures of each other at: 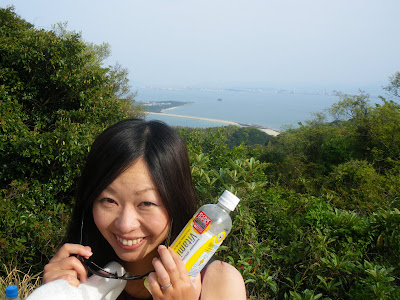 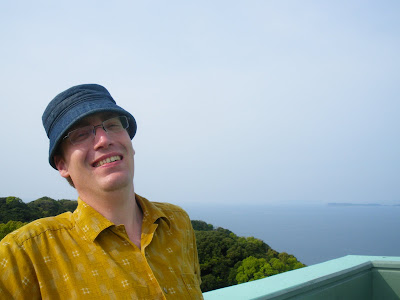 Email ThisBlogThis!Share to TwitterShare to FacebookShare to Pinterest
Labels: Fukuoka by Bicycle, Shikanoshima