On Monday it was a nice sunny day so Ena and I biked down to Sasaguri to do a bit more exploring. This was the place that I had stumbled onto while cycling around on my own a couple months ago, its got an 88 temple pilgrimage route through the mountains and thousands upon thousands of little statues that are absolutely fantastic to look at. Just walking around the mountain trails between each of these little temples (none of them except the first one are particularly large) is a really fun experience.

The most famous site at Sasaguri is its reclining Buddha statue, which according to the pamphlet they provide is the largest bronze statue in the world: 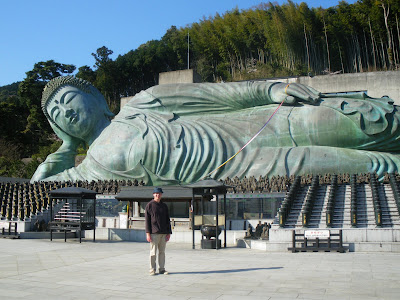 Personally I think its a bit garish but given the fact that they don't charge admission I certainly can't complain. Its only about 15 years old and thus not of any historical interest so its not in any guide books. This is Ena with Buddha's toes: 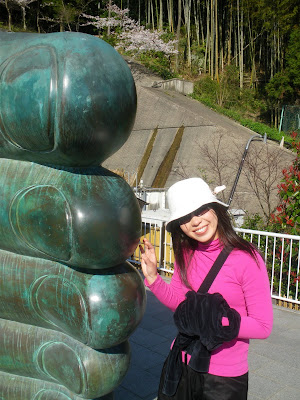 Much more enjoyable though are the mountain trails and country roads that run between the smaller temples on the route. We took one that ran up the mountain to temples #58 and 88 on the route (the numbers of the temples bear absolutely no relation to their location relative to each other). It took us through a beautiful bamboo forest: 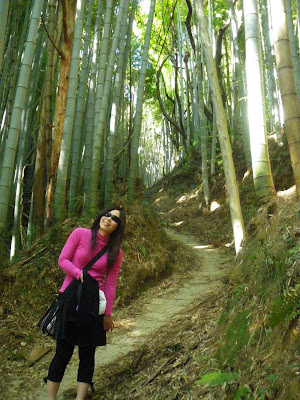 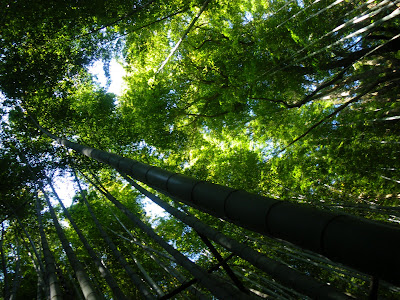 There are thousands of Jizo, or small buddhist statues, to be found all over the place in Sasaguri. They are quite cute and photogenic: 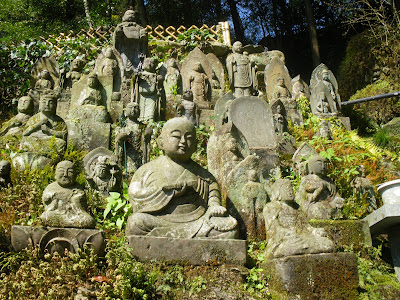 We also got to see a lot of cherry trees that were in full bloom: 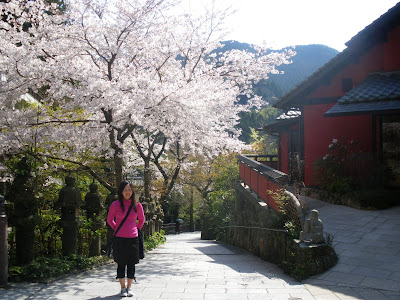 We got around to about 10 of the temples on the route and I've decided to make it my mission to do the whole 88 by the time we leave. These are some pictures of the typical small Sasaguri temple:

Stairways leading up to Temple #13: 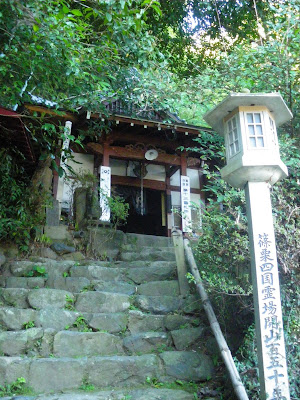 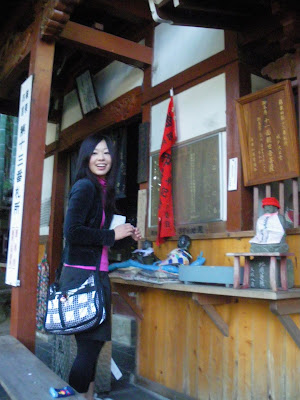 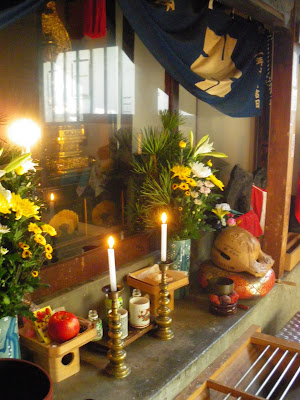 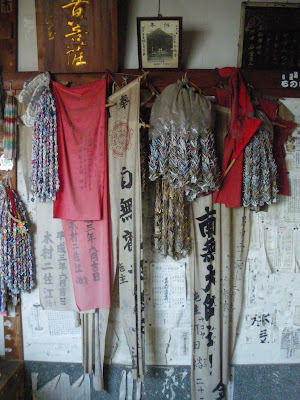 A little statue with some pilgrim's sandals at Temple #72: 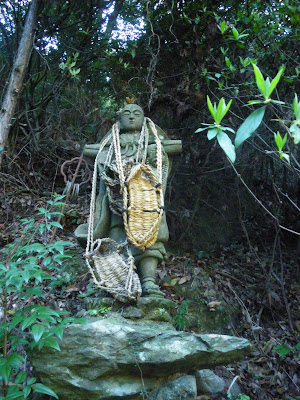