I took a bike ride by myself to Hisayama, a town a few kilometres east of Fukuoka last week. I found this little temple with some cherry blossoms in full bloom: 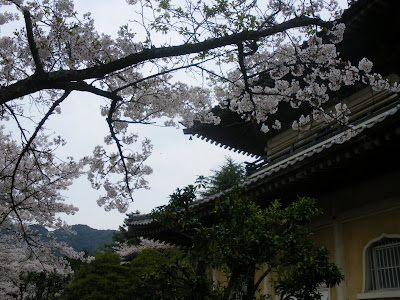 After that I came across a shrine built in the traditional pre-Chinese influence style nestled in the mountains: 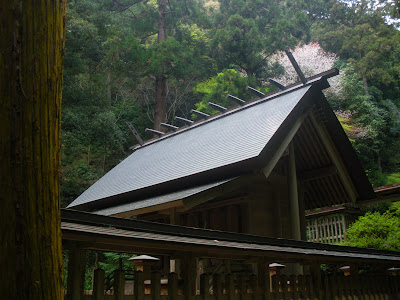 There was a little waterfall next to the shrine: 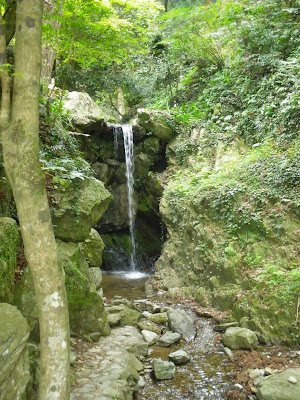 After that I followed a little mountain road that ran along a small river. It was quite picturesque and there was almost no traffic. The road stopped in an abrupt dead end after several kilometres, which was a shame as I wanted to keep going and going: 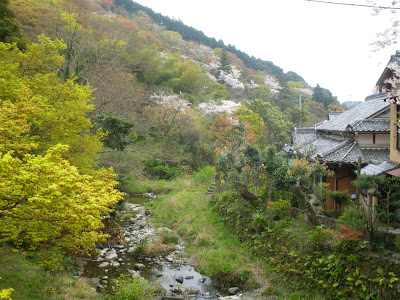 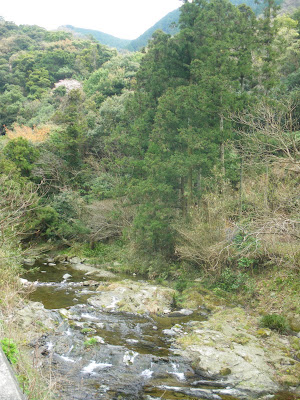 Email ThisBlogThis!Share to TwitterShare to FacebookShare to Pinterest
Labels: Fukuoka by Bicycle, Hisayama