It was a really nice, sunny Sunday today so Ena and I rode our bikes all the way down to Dazaifu, the ancient capital of Kyushu. I cycled down there by myself last fall, but Ena has been pretty excited to give her new bicycle a spin so we made the big trip.

It is actually not a particularly nice bike ride to get to Dazaifu, through a lot of ugly urban sprawl, but once you get there it is a great place to go for a bike around.

We stopped at the ruins of the old government headquarters from the 7th century, its in a really beautiful setting with a lot of trees and flowers: 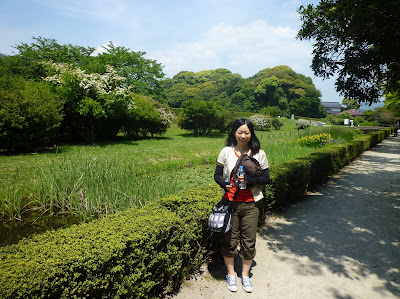 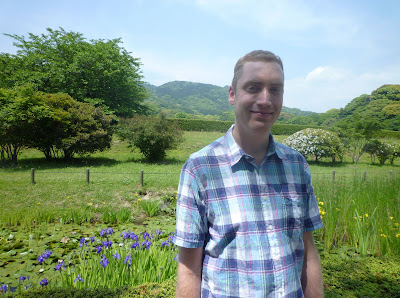 There isn't much left of the buildings, just the foundation stones. Ena thought the lotus flowers were the best part: 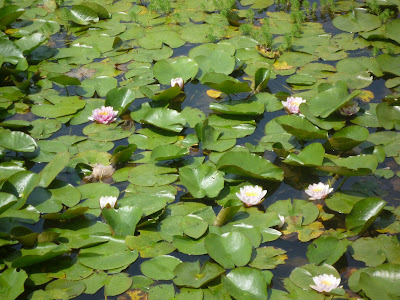 After that we went to the two neighboring temples, which are really nice and also date from the 7th century. Because they are a bit off the beaten path they get spared the crush of the tourist buses that hit the main shrine in town and are pretty pleasant, quiet places even on a beautiful Sunday: 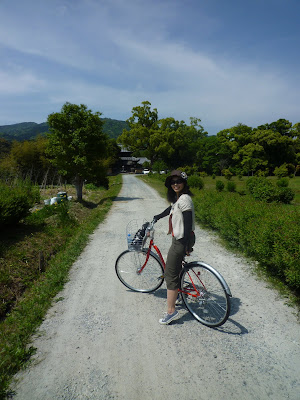 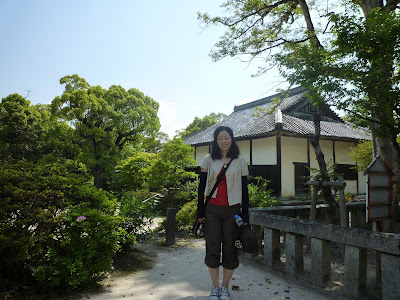 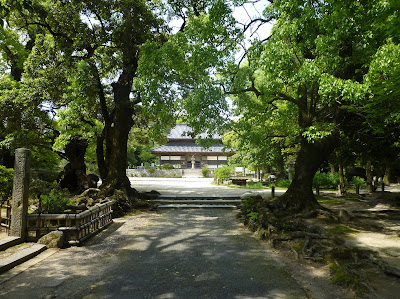 Our bikes out front: 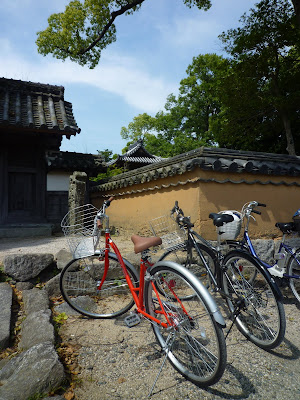 We also stopped at a little hilltop shrine: 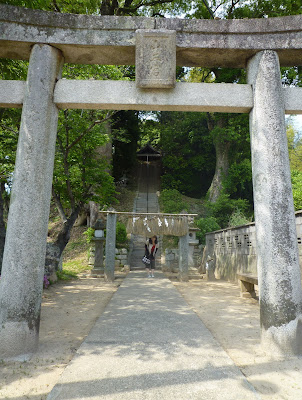 After that we went into central Daziafu and stopped at Komyozenji, a really beautiful little Zen temple with one of the most beautiful gardens I have ever seen. Its a pretty quiet place despite being in central Dazaifu and you can just sit and enjoy the tranquil garden: 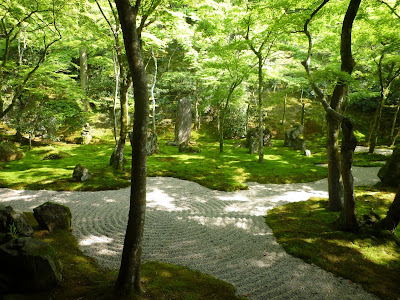 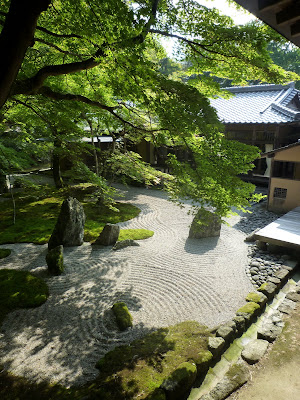 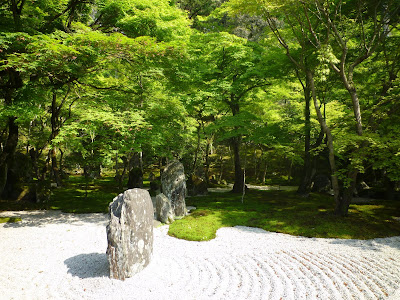 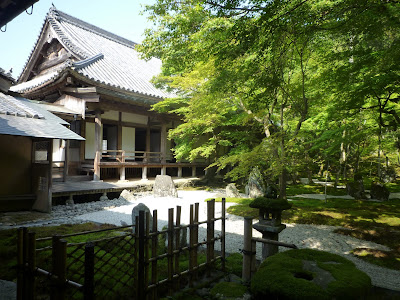 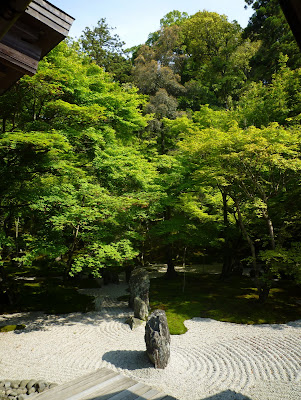 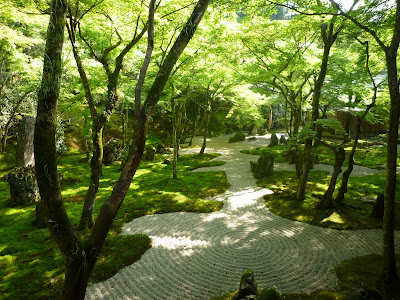 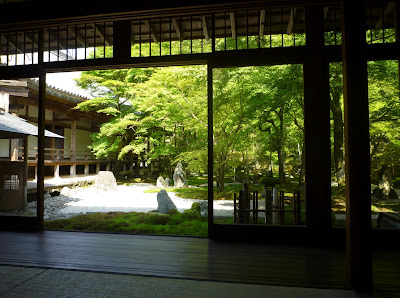 One of my favorite things about Dazaifu is that everywhere you go there are these tremendous ancient camphor trees with massive trunks. Some of these must be close to a thousand years old. This is Ena in front of one of the bigger ones: 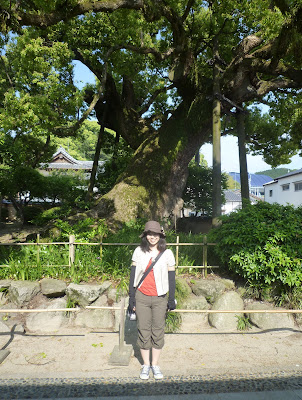 We made an obligatory stop by the main shrine, Dazaifu Tenmangu, which was packed with people. I really like the gate to the shrine: 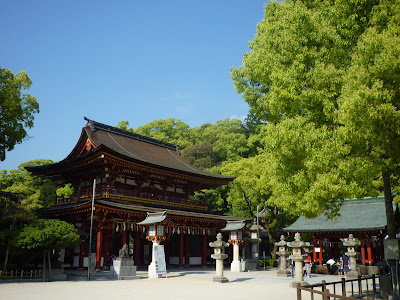 Through which you can see the main building at the other end of a big courtyard: 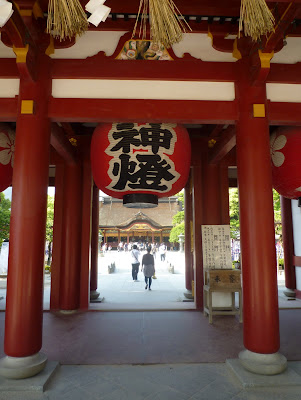 This guy is in the gate's guardhouse: 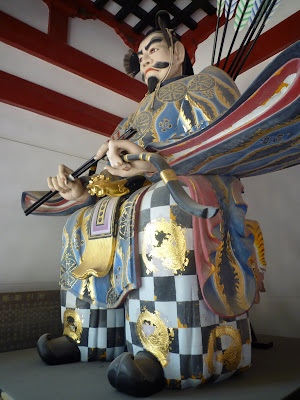 There are some picturesque arched bridges on the way in to the shrine: 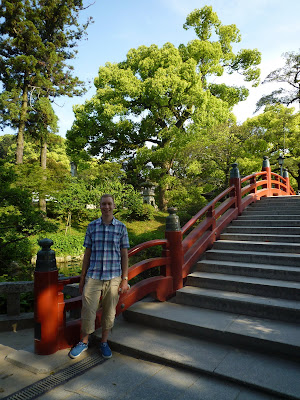 After a day cycling around Dazaifu we came back to Fukuoka and decided to have dinner in town. We stopped by Canal City, which we hadn't been to in a while. We went in through an entrance we hadn't used before and saw something really cool: 200 TVs displaying a bunch of random crap: 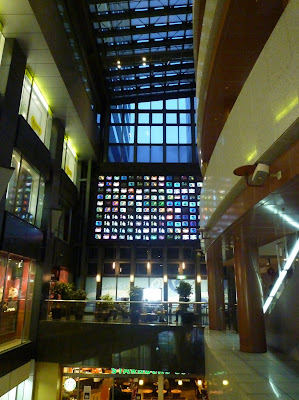 And we had a camera, AND we had sunglasses! Oh the fun we had posing for pictures: 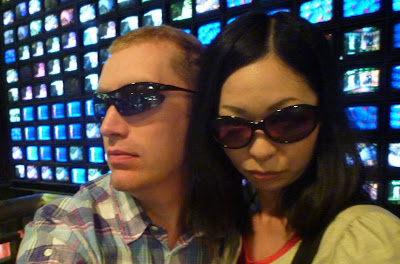 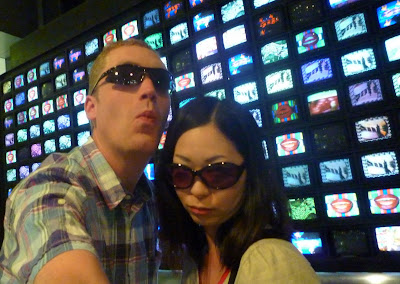