Ena and I took a ride to what is fast-becoming my favorite place in Japan: Sasaguri.

I think this marked my fifth time to come to this little town south of Fukuoka (see previous trips here, you have to scroll down). It is the one with the 88 temple pilgrimage route that runs through the mountains surrounding the town. It is still my mission to visit all 88 temples before we leave Fukuoka. Today we got to visit 5 more. The first we got to visit was Akashiji, which was where we parked our bikes and where we could put our hands on Buddha's: 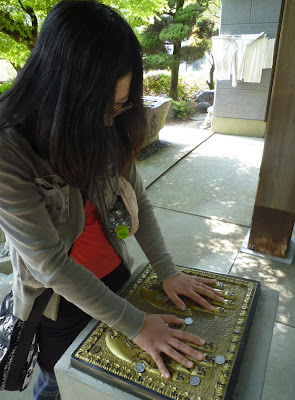 There was also this big statue: 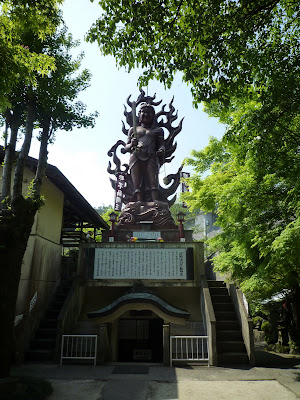 That little door under the statue is the door to hell. Actually there is just a long, completely unlit tunnel that you are supposed to walk through in the darkness. Which we did. Ena got a bit lost behind me but otherwise we got through hell OK.

After that we walked for a few minutes and the main part of our journey started at what is without doubt the ugliest site in Sasaguri, its big dam: 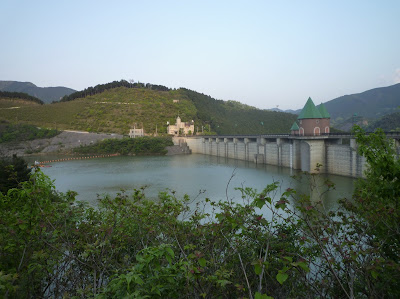 As an aside I should note that I don't have anything against dams per se. They obviously serve a number of useful purposes that we all benefit from. What kind of bothers me though - and I think this is a problem specific to dams in Japan - is when the people who build them try to "improve" them by turning them into some sort of tourist attraction in their own right. They always end up just making the whole thing even uglier than it need be. Like in the above picture you'll notice that the mountain at the other end of the dam has had all the trees cut down and huge concrete retaining walls built on parts of it. All of that was done to support a little road to the top where there is a little observation deck from which you can get a better view of the dam. In other words, they ruined an attractive mountain in order to give people the opportunity to get a better view of an ugly dam. I write all this because about 8 years ago I went to a similar dam that they had tried to turn into a tourist attraction and I ended up putting up a big rant about it here.

Anyway, back to today's adventure. We started by just skipping the dam "park" and walked straight to the far end of the reservoir, which according to my map was where the road to some of the temples began.

The road began (or really continued) at the end of the reservoir and followed the mountain river that fed it. This is where the scenery turned quite nice and we saw this temple nestled in the woods above the river: 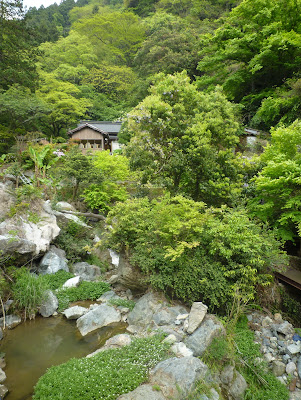 Eventually the road turned into a hiking trail into the woods that followed the river, which by that point was really more of a long waterfall: 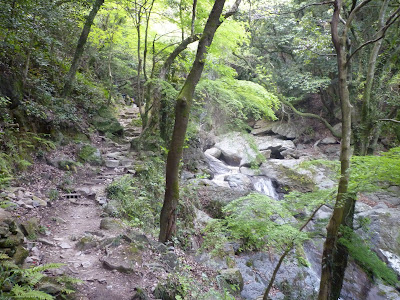 We came across some really beautiful waterfalls, the best I have seen in Japan, along this stretch of trail. There was this one: 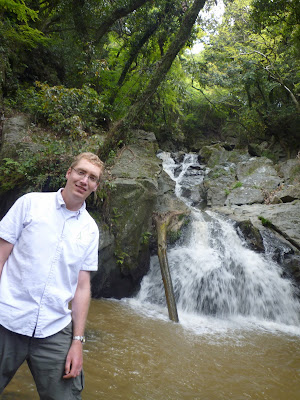 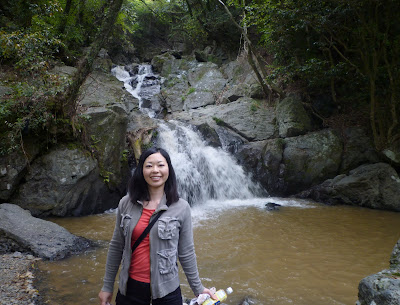 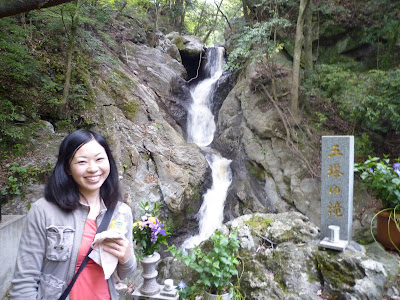 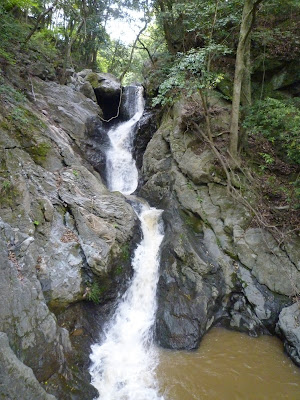 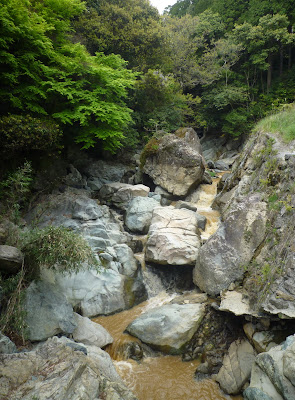 And this stretch, with some wysteria in full bloom: 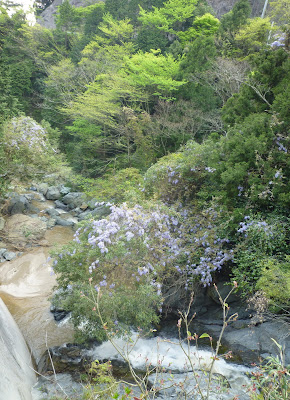 After a while the trail finished and we were back on a road. By this time we had hiked several kilometres from the dam and were quite high in the mountains. We walked along the road for a while and came across a mountain farming village: 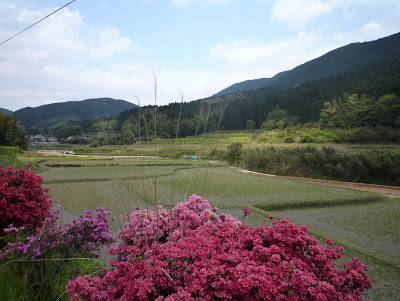 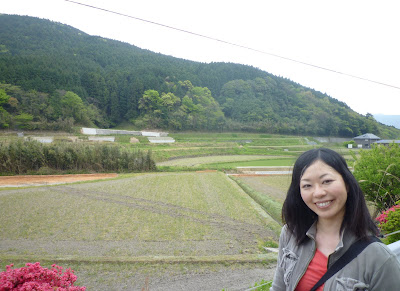 We walked through the town and came across some actual pilgrims. These are people who make the 88 temple route circuit for religious purposes, as opposed to just for fun like us. You can tell the pilgrims ("henro san") because they wear special clothing, basically its an all-white outfit. They were pretty nice and we chatted for a while at one of the temples and they gave us some directions. We also met this interesting 80 year old woman who flagged us down on the road and wanted to talk to us. She told us most of her life story, how she had wanted to be a teacher when she was young but ended up marrying into the family that owned some of this farmland at her father's direction. She could speak some English and sang "Somewhere over the rainbow" for us. You meet some interesting people in the mountains.

Anyway, we continued up and up into the far recesses of the mountains, past the mountain village and onto a rough trail: 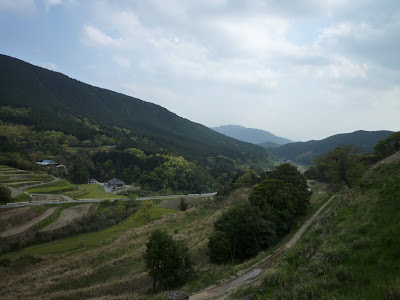 We were aiming for a group of temples that were REALLY deep in the mountains, but unfortunately it was getting late and we had a long hike back to our bikes (followed by a long bike ride home) so we decided to turn around. I took a ceremonial photo of the two of us at the furthest point we reached: 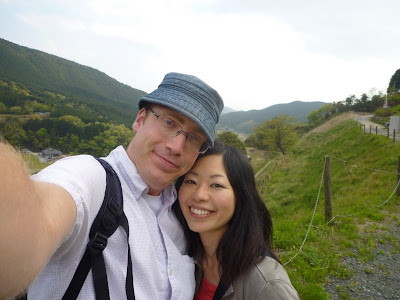