Yesterday we had a sort of "fun day" (for lack of a better term) for the LLD students organized by my colleague Natsu. It seems LLD students are a particularly busy bunch because of all who were invited only 3 - me, Natsu and Simon - showed up for our afternoon of fun.

Nonetheless, we had a great time. We met at Ohori koen and after having coffee at Starbuck's decided to form an impromptu Kyushu University rowing team. By which I mean we paid 600 yen to rent a rowboat on the lake for 40 minutes.

Our heroic sea-journey got off to an inauspicious start as while we were pulling away from the dock a giant sea-bird being steered by a 4-year-old came bearing down on us: 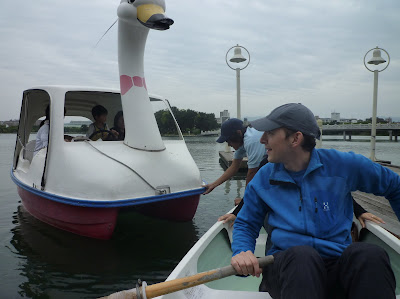 "Jonathan Livingston Seagull!! We're on a collision course! Hard 'a Starboard" I cried.

Well, OK it didn't actually go down like that (stole that dialogue from an episode of the Simpsons) but after some quick maneuvering we avoided the peril and were out on the open sea: 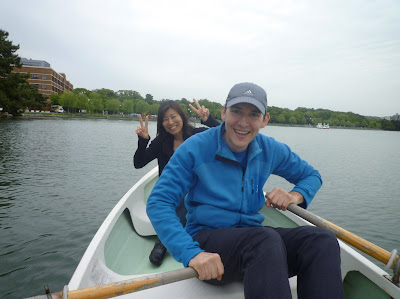 Our course for the day took us first on a circuit of the East side of the lake, after which we crossed under a bridge and Natsu took over on the oars: 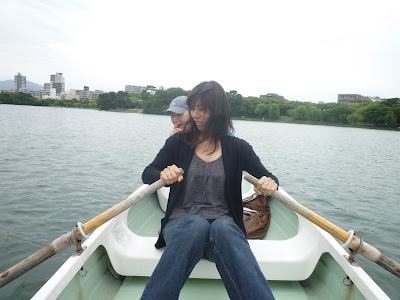 During her tenure we thought about trying to leave the lake under another bridge that led to a small canal which (probably) led to the open sea. We got the sense that this flagrant violation of the rules would not go un-noticed by the guy we rented the boat from, who carried a rather menacing looking whistle. Fearing the wrath of the whistle and the shame that would come from its use against us, we decided to stay within the lake's clearly marked boundaries.

Next it was my turn at the helm: 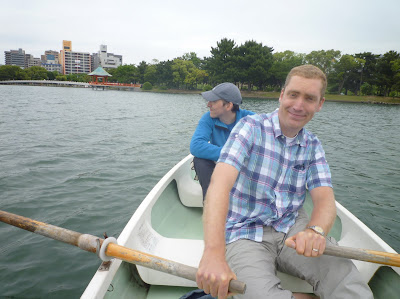 We decided to attempt the most dangerous and daring feat of seamanship possible in all of Ohori Koen: navigating under the dreaded Litttle Bridge (of death)!!!!: 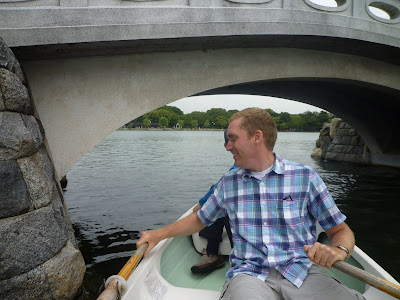 After surviving the Little bridge I was left exhausted and Simon bravely volunteered to share the oars: 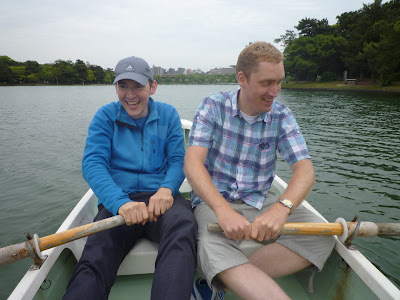 We decided to attempt a new Ohori Koen speed record and were succesful - hitting a top speed of just under 0.000002 knots. Unfortunately the official time-keeper had not been given proper notice in advance of our record attempt, so it only counts as an "unofficial" record.

After the lake Natsu took us over to Yuseiten, a really nice Japanese style garden with a beautiful tea house that I had never been to before. 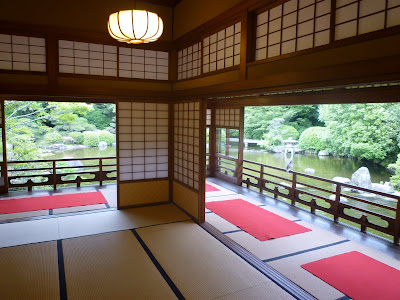 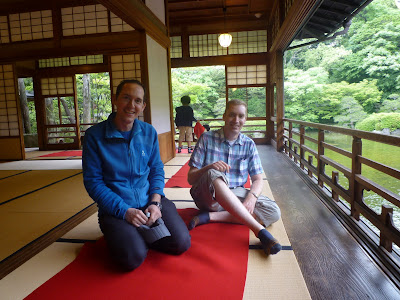 We had some macha which was really nice: 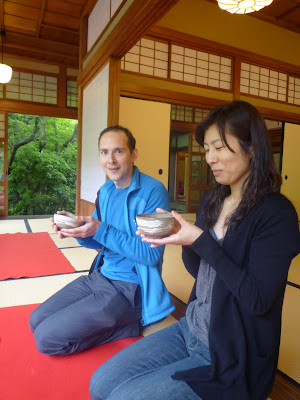 There was a nice pond in the middle of the garden: 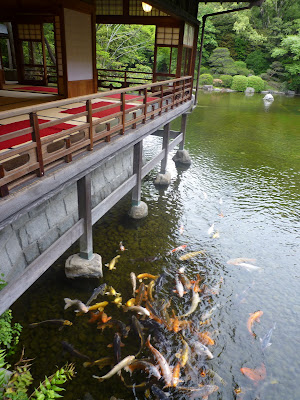 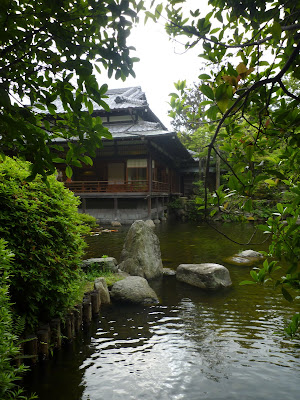 The pond featured one of my favorite photography subjects: Carp feeding frenzies!!!: 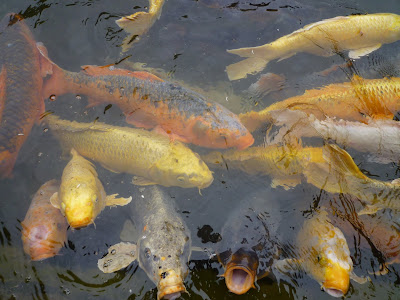 We risked our index fingers in order to scientifically test the hypothesis that carp don't have teeth: 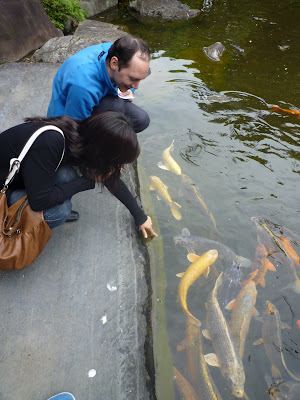 We learned that while they don't have teeth, they are gross and slimy to touch. Our full paper on the subject will be published in the Fall 2010 issue of the Harvard Journal of Natural Science.

After that some of our busier colleagues joined us for dinner at a nice Asian fusion restaurant downtown: 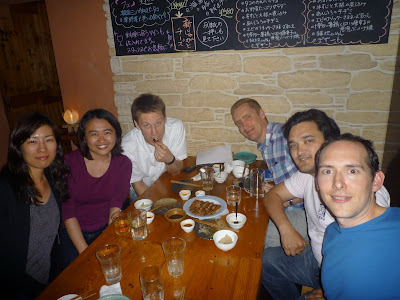