On Living the Green Life in Japan 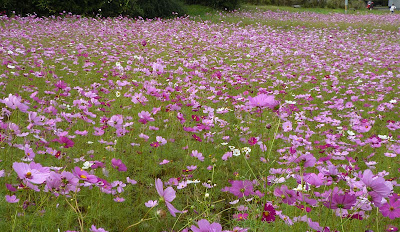 OK, as I've been confined to home for a few days by illness and don't have any travels to talk about, it is time for an opinionated rant-type blog post. For the past few years now I've made an effort to minimize my "environmental footprint" as much as possible. This involved doing simple stuff like recycling, using public transportation and making sure all the lights were out when not in use. Since coming to Japan I've noticed that it is much easier to lead an environmentally friendly lifestyle here than it is in North America.

One obvious thing is transportation. Most Canadian cities are laid out with the assumption that everyone will use a car to do everything while in Japan the high population density makes it impossible to lay cities out like that. The natural by-product of this is that public transport and cycling are much more attractive options. Bicycles are everywhere on the streets of Fukuoka and in some places outnumber the cars on the roads. Ena and I now do all of our commuting and shopping by bicycle and we love it. Ena switched over from taking the train to work to riding her bike a couple of weeks ago. It actually allows her to leave a bit later in the morning (since she isn't chained to the train schedule anymore) and is much less stressful than standing in a crowded train. Plus it has health benefits and is free. We'll recoup the entire cost of her new bike within 6 weeks thanks to the savings on train fare. In Canada pretty much everything is arrayed against cycling as a viable transport option: climate, infrastructure, culture and legal regulation pretty much all militate against the use of a bicycle and despite having one I could never use it for anything but occasional recreational purposes.

Another thing is home design and energy use. Our two floor townhouse used a grand total of 103 kwhs of electricity last month. By way of comparison, the average residential user in North America uses more than 900kwh per month, almost 10 times as much. In the winter months we use more, but even then we are generally in the 200-250 kwh per month range. There are probably a lot of factors that explain the difference, but I think the biggest is simply that most homes in North America are ridiculously big, whereas in Japan they are much smaller. The most obvious significance of that is in the high costs of heating or cooling the bigger spaces in North American homes (though that could be mitigated by better insulation in North American homes compared to Japanese ones), though one other less obvious aspect is that it gives North Americans an incentive to buy bigger (and more) energy-guzzling appliances to fill up that space.

In contrast, one of the effects of having a small place is that you just don't want a lot of big appliances taking up your valuable space. We don't have a clothes dryer, dishwashing machine or vacuum cleaner; we have a modest sized TV; and we have only one refrigerator and its about half the size of an average North American one. All of this adds up to big energy savings.

I note that for the most part, we don't really miss having any of those appliances. For all the space, money and energy they use, when you factor in the time you spend loading and unloading a dishwasher and washing by hand dishes that won't fit, you are probably just as well off to not have one because it'll take the same time either way. Same with using a broom instead of a vacuum or hanging laundry outside instead of putting it into a dryer. At worst it might add an extra 5 or 10 minutes of work to your day, which is barely noticeable.

Anyway, the point I'm trying to make is that living in Japan has taught me that its possible to live a low-energy lifestyle without having to lower your living standards or enjoyment of life. This seems so obviously self-evident that I wouldn't think it needed saying, yet every time I take a look through North American news sites I see loads of people absolutely paranoid that the government is going to do something to make their lives more energy efficient and this, in turn, will spell the end of life as they know it. This would explain the reaction of some of these right-wing ideologues to the BP oil spill in the Gulf who are saying we should drill more, not less, because of it. 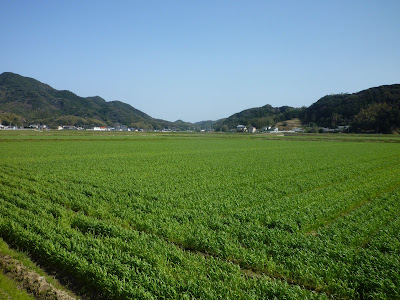