My mom and dad are in town for a visit, they arrived on March 12 and we've been travelling around ever since. This is them with Ena in our place playing cards: 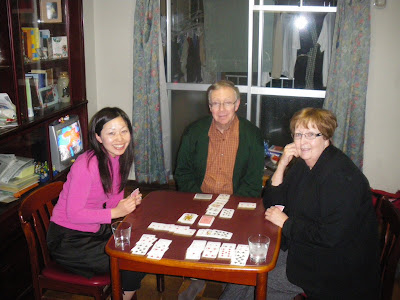 We took them downtown and took in Canal City and the Hakata Machiya Folk Museum. This is Ena and Mom at a shrine near the museum: 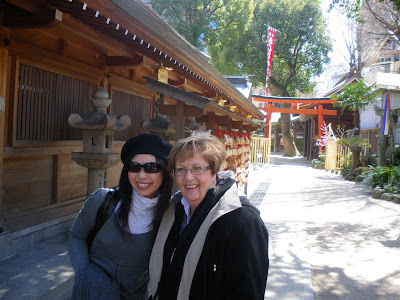 Unfortunately all 4 of us have been sick so we were not able to get a lot of the fun stuff into the first few days they were here, but after I recovered we headed out to Karatsu, a small city on the coast west of Fukuoka that is known for its castle, its pottery and a festival it holds each October. This is mom and dad in front of the castle: 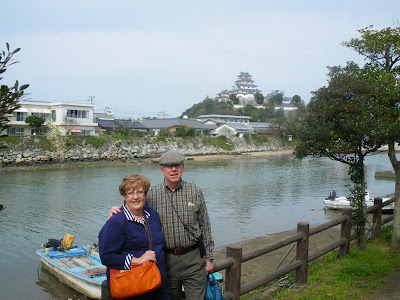 Dad and I went up to the top of the castle, which had some fantastic views over the sea and Karatsu city:

Email ThisBlogThis!Share to TwitterShare to FacebookShare to Pinterest
Labels: Karatsu