We went to Akashi last Wednesday night to visit some of the old places from my first year in Japan.

On December 15, 1999 right after I arrived in Japan I was whisked directly from Kansai International Airport to this building: 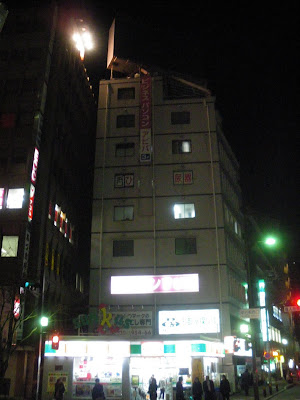 GEOS, the English school I was hired by, had a branch on the 4th floor that I spent that first year working at. I remember being completely disoriented that first evening as Matthew, the trainer who picked me up at the airport, introduced me to the staff who would be my coworkers. It was a bit of a scary experience but I managed.

It was a fairly rocky first year but I still had a lot of good memories from my time there. 4 years ago when Ena and I went to Akashi for a last visit before we moved to Canada I ran into all the people who were working there at the bar Murphy's. I had no idea who they were (everyone who worked there during my time had long since left) but they knew me because there were a lot of pictures of me around the office. Its nice to know you are still remembered at a place.

Fast forward to last week and I had heard some rumors that the place had closed and was kind of sad to find out they were true. There used to be a big bright blue and yellow GEOS sign on the fourth floor of this building but it was gone and the lights in the windows were out even though it was office hours. The end of an era.

Anyway, after that discovery I went on to find that my favorite yakitori restaurant was still in business. This was kind of important because it was where Ena and I had our first date: 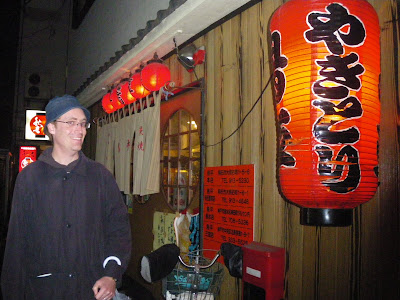 Then I went to the one place in all of Japan that I like to go to more than any other: Murphy's bar. I spent 2 or 3 evenings a week in that place during my first year in Japan and learned pretty much everything I need to know about life as a foreigner in Japan there. I was glad to see that it was still open and my friends David and Rodemu were still behind the counter: 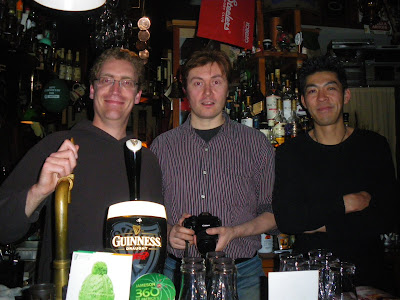 Ena gave a try at being a bartender too: 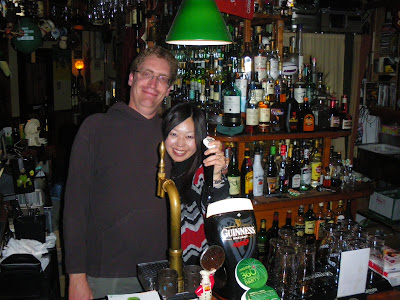 This is what it looks like on the outside: 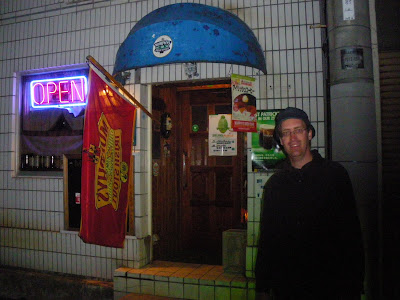 The place is a lot bigger than it was when I was a regular as David knocked down one wall and expanded the place. Its still got the same atmosphere though, which is great.
Posted by Sean at 10:42 PM