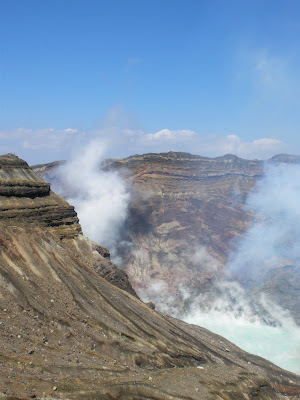 During our trip to Kumamoto we also made a side trip to Mount Aso, which is (by some measure) the world's largest volcano. It isn't particularly high (about 1500m) but the caldera is massively wide and has five active peaks, one of which we went to the top of via a cable car.

The water pooled in the peak is boiling on the surface and more than a thousand degrees deeper down, so it is quite dangerous. It also spews out poisonous gas and the peak is routinely closed due to this. We were lucky in that it wasn't too bad ont he day we visited and it was a clear day so we got a pretty good view of the crater. As indicated by my facial expression it was pretty dangerous though: 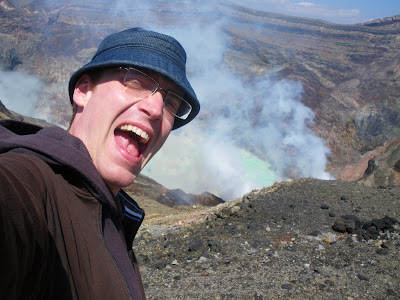 According to the guide book there have in fact been numerous fatalities among tourists at the top due to mini eruptions, one of which destroyed the previous cable car to the top and killed a dozen people in it. They built these concrete bunkers for everyone to hide in if the thing blows its top during tourist season: 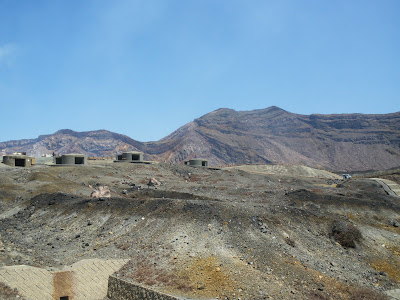 The smell at the top of sulpher was overpowering: 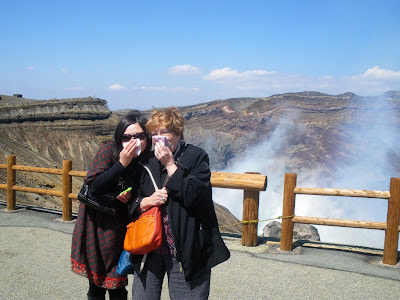 I can add volcanoes to the list of things that Ena looks cute standing in front of: 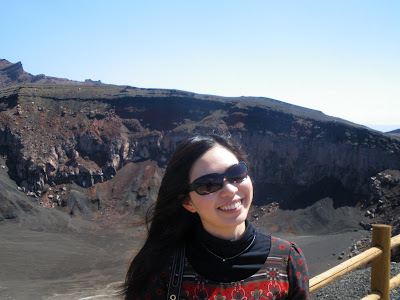