I had another sunny day off today so once again I got on my bike and went for a ride. Ena had a meeting, her last day of work so I was solo today. This time I headed south-east towards the mountains. Usually I stick to the coast but I thought I'd take a chance this time. It paid off pretty well. A couple kilometres outside of town I came across these fields of yellow flowers which were quite photogenic and smelled nice: 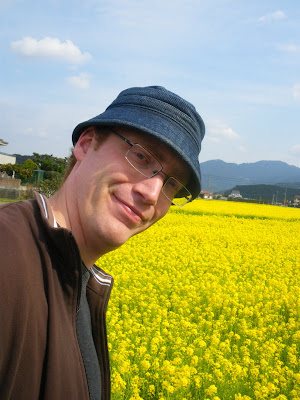 A few kilometres later I saw this big white thing on the top of a mountain in the distance and decided to head for that. Turned out to be Hisayama, with a big South-Asian style pagoda on top of it: 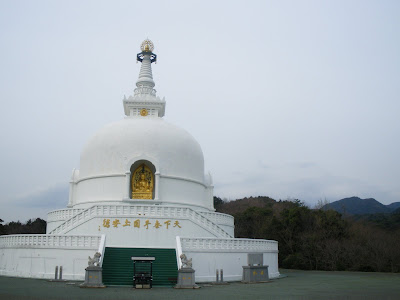 It was pretty exhausting getting to the top of that mountain but it was still only 3:30 in the afternoon so I plugged on a bit further. I passed through the town of Sasaguri and came to a little place called Chikuzenyamate, which is the site of an 88 temple pilgrimage route. It is without a doubt the most interesting place I've been to since we came to Kyushu and one of the most enjoyable in Japan. Frustratingly I got there pretty late so I could only spend half an hour exploring. Basically the temples are scattered along these back roads into the mountains that are surrounded by some fantastic scenery. It reminded me of Koya san (which isn't coincidental as the temples are from the same buddhist sect). I only got to see maybe a dozen of them and they were all quite cute. It was just an enjoyable walk in the mountains away from the crowds (hardly saw anybody the whole time I was there). These are a couple of pictures: 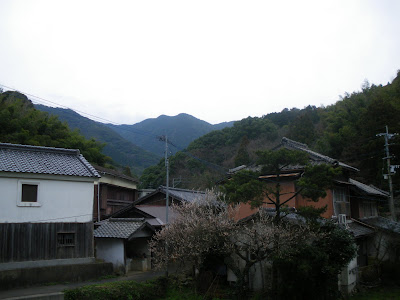 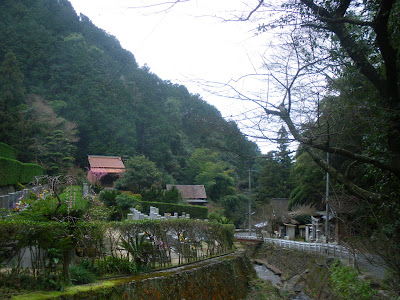 Probably the most interesting aspect of the route is the thousands of statues that are everywhere. I didn't realize it at the time but after looking it up on google I realized that the world's largest reclining buddha statue is actually at one of the temples I didn't have time to get to (more frustration!). This one though was by far my favorite: 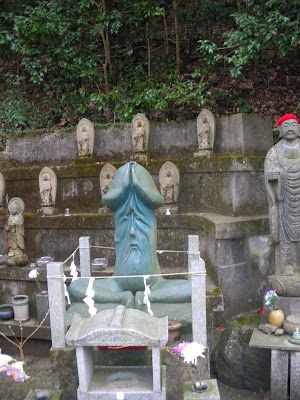 One thing Japanese religion has going for it is that it is not shy about the subject matter of religious statuary.
Posted by Sean at 2:48 AM