We went to Kumamoto with my parents this week. Kumamot is just a couple hours by bus from Fukuoka and has one of Japan's most famous castles. It isn't as good as Himeji castle, but for a post-war reconstruction it is definitely one of Japan's best.

Kumamoto Castle was built in the early 17th century but the main buildings were burned to the ground in 1877 during the Southwest Rebellion - the last stand of the samurai against the modernizing Meiji government (a massively historically incorrect version of the events of that war are loosely represented in the Tom Cruise film "the Last Samurai").

We were fortunate enough to catch the castle during the height of the cherry blossom season, which gave us some good photo opportunities: 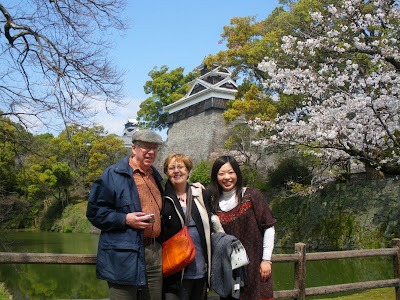 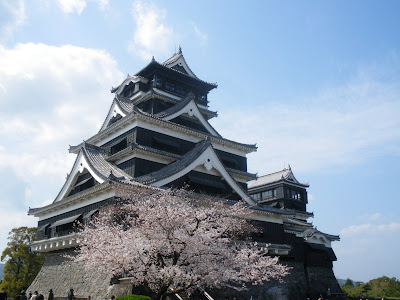 Ena and I in front of one of the reconstructed gates: 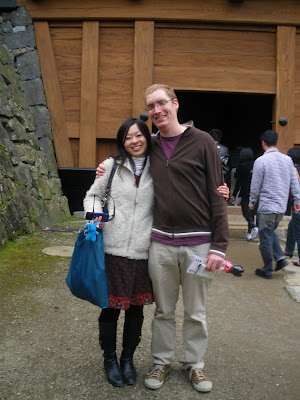 This turret is one of the few bits of the castle that survived the 1877 fire:

We went back at night to see the place lit up: 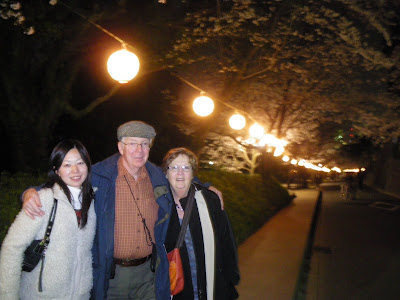 Email ThisBlogThis!Share to TwitterShare to FacebookShare to Pinterest
Labels: Kumamoto