Ena and I spent 3 days back in our old city of Himeji last week. We hadn't been back in 4 years and really missed the place, it feels like our hometown. This is Ena on Miyuki Street, the main shopping arcade which we passed through pretty much every day. It hasn't changed much since we left: 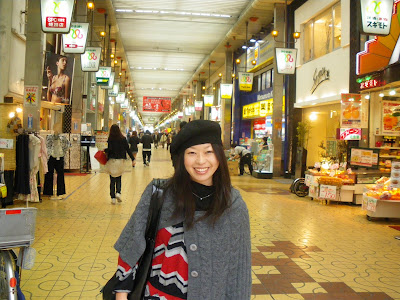 This is my first apartment in Himeji, which I lived at from 2001 to 2003. I half expected it to have been torn down by now but it was still standing: 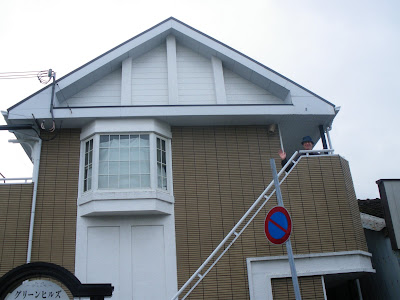 This is me in front of AEON, the school Ena and I worked at for 2 years together (and the place where we first met). We didn't go in to talk to anyone (probably nobody would remember us anyway as everyone we knew is long gone) but we took pictures in the hallway: 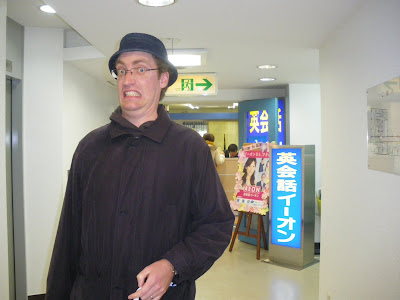 On these steps on a cool evening in November of 2002 I proposed to Ena. This is me standing in roughly the same spot as when I proposed (though I was kneeling then). The place hasn't changed much since then: 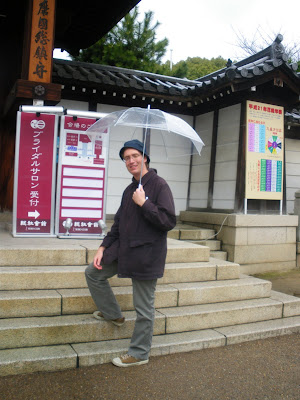 This is our first apartment that we lived in together for about 2 years. I have a lot of good memories of this place. I was happy to see that the Ivy (you can see a bit of it on the right) which I planted was still growing and surprised to see that an iron lantern which I had abandoned was still there: 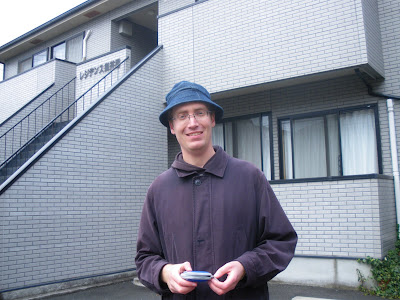 Email ThisBlogThis!Share to TwitterShare to FacebookShare to Pinterest
Labels: Himeji