After our 3 days in Himeji we went off to Takamatsu. This is Ena with her dad: 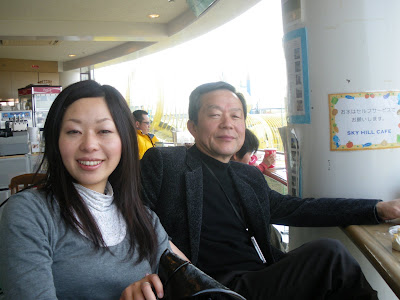 While there we spent one morning at Riturin Koen, which is probably the best garden I have ever been to. For reasons that aren't clear to me, Japan has a "top 3" list of just about everything and this includes gardens. For some reason Ritsurin Koen isn't on the top 3 gardens list, though as the Lonely Planet notes it is definitely in the same class as the official top 3. I've only ever been to one of the top 3, Korakuen in Okayama, and can say that Ritsurin is every bit as good.

Anyway, the one thing that I have to inevitably compare Ritsurin to is Butchart Gardens in Victoria - one of B.C.'s top tourist attractions. Its a bit difficult to compare them because they are different creatures - Ritsurin is a traditional Japanese garden whereas Butchart is more of a flower garden (though it also has a little Japanese garden). That said, I have to say that I enjoy Ritsurin far more than Butchart.

This leads me to a little rant.

Butchart is a nice garden, but in terms of the experience you get Ritsurin is much nicer. Butchart takes you about an hour to walk through and most of that time will be spent fighting with the crowds. When you get to a vantage point that has a good view you have about 2 seconds to whip out your camera and snap a picture before the throngs force you to move on. Ritsurin Koen on the other hand is actually more expansive than Butchart (extremely surprising given that Ritsurin is in downtown Takamatsu whereas Butchart is way out in the suburbs of Victoria) and you can easily spend several hours walking the numerous pathways that wander through the gardens with their massive ponds and other water features, like this: 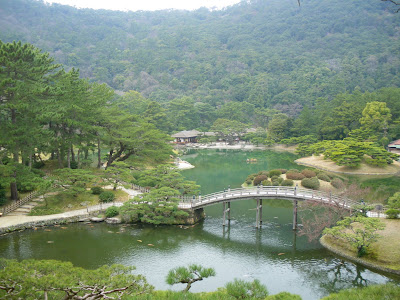 I've been to Ritsurin 3 times in my life and have never had a problem with crowds (though on busy occasions I assume they are also a problem), though in the countless times I've been to Butchart I can't remember ever not having had to deal with crowds.

The other thing that I like about Ritsurin is that it is not a rip-off. Admission is 400 yen (about 4$) and they don't jack that up during the tourist seasons. For that you get free reign to go wherever you like, including the museums in the park. The only thing you'll have to pay extra for is for tea at the teahouse, which only adds about 3 or 4$ to the price. For about 7$ we were able to get coffee served on the lakeside and some fish food to feed some of the thousands of decorative carp that reside there: 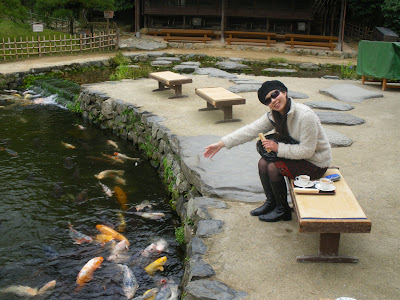 Incidentally, this is what a carp feeding frenzy looks like close-up, if we had fallen in we would have been gummed to death in seconds: 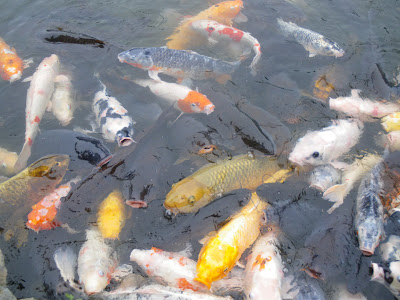 Butchart Gardens on the other hand charges about 25$ (about 6 times more) and they jack up the prices whenever they can. All the restaurants in the place are second rate and overpriced. Basically the whole thing is just a big tourist trap.

I can't really think of any reason why Butchart is more expensive. Obviously they have a large staff of gardeners working throughout the year to maintain the gardens which is quite expensive, but the same is equally true of Ritsurin, which has thousands of trees and bushes that are intricately trimmed by teams of professional gardeners.

The only conclusion I can reach is that for whatever reason Butchart is much more expensive to run than Ritsurin and this results in much higher ticket prices for a garden that is - in my humble opinion - less enjoyable.

Anway, that is the end of my rant. Here are some pictures of Ritsurin: 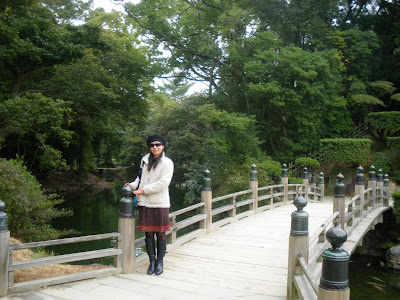 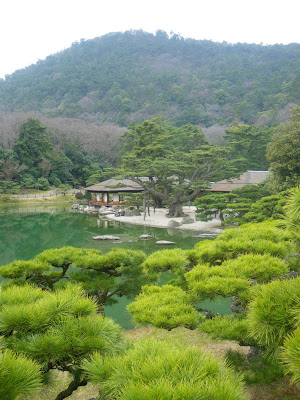 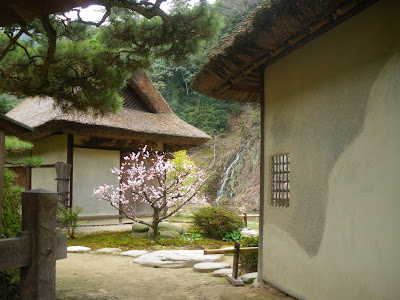 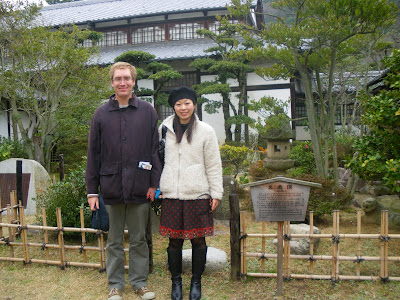 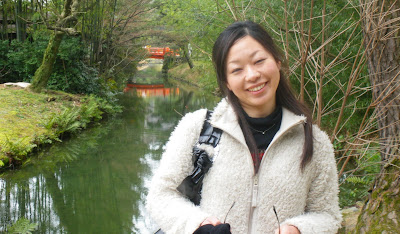 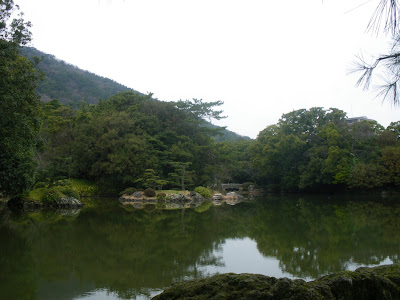